Sharon O'Neil, Aldous Harding, Teeks, SWIDT and Opetaia Foa'i are among the other musicians honoured at tonight's ceremony.

Lorde has won six Tuis at the New Zealand music awards tonight, including album of the year, single of the year and artist of the year.

The 21-year-old, who performed her single 'Green Light' during the ceremony tonight at Auckland's Spark Arena, won album of the year for Melodrama, single of the year for 'Green Light', best solo artist and best pop artist. Her performance of the song was however let down by poor sound quality, disappointing considering her powerful presence with 20 backup singers and confetti cannons. Despite the audio issues, it got the biggest response from the crowd.

She was well rehearsed as she accepted her final award - album of the year - but seemed genuinely delighted to accept it, bringing her brother onto the stage.

Relive the event with our live blog 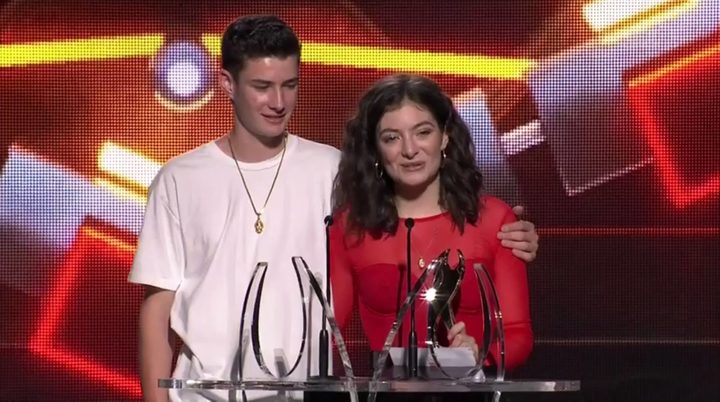 Lorde accepts her final award of the night with her brother. Photo: Screenshot / Three

She was also recognised with the International Achievement Award for a fourth time, surpassed only by Neil Finn's wins for his various musical projects. She also won the People's Choice Award, bringing her total number of Tuis to 18.

Hosts Jono Pryor and Ben Boyce were consummate professionals, with a constant stream of jokes that got genuine laughs from the crowd.

They got particular mileage out of the National Party's copyright dramas around use of the song 'Eminem Esque', which was found to be a ripoff of rapper Eminem's 'Lose Yourself'.

SWIDT won two Tuis - recognising their success with their debut album, STONEYHUNGA - one for best group and another for best hip hop artist. Last year they were awarded Best Urban/Hip Hop Album by Aaradhna after she refused to accept it, saying she felt like she was being lumped into a category for 'brown artists'.

Aldous Harding, who has been touring internationally this year, won breakthrough artist of the year and best alternative artist. International retailer and record label Rough Trade recently named her second album Party as their album of the year.

Sharon O'Neill was awarded the legacy award and was inducted into the New Zealand Music Hall of Fame. Rock band Stellar* reformed for a tribute to Ms O'Neill, playing her song 'Maxine'.

In general, the performances have been much better than last year.

Onehunga rappers SWIDT delivered a massively energetic performance with plenty of swagger - the crowd loved it.

Best Māori artist winner Teeks, was also a standout with his silky smooth vocals, backup singers and band, and even a string section.

He was also notable for giving his acceptance speech entirely in te reo Māori.

Devilskin won best rock artist, and their performance lit up the stage with some serious pyrotechnics giving off waves of heat that could be felt from the audience.

Ladi6 won best soul/RnB artist, and KINGS, who won the Tuis for highest-selling single and radio airplay record of the year for his song 'Don't Worry 'Bout It'.

KINGS won breakthrough artist at last year's awards for the same song, which spent 27 weeks in the New Zealand charts.

Prime Minister Jacinda Ardern was another highlight for the crowd, with a constant string of people dropping by her table to say hello to her and her partner Clarke Gayford.

She and Lorde seemed in awe of one another as they shared the stage, with Ms Ardern saying they were mutual fangirls.

Album of the Year

Single of the Year 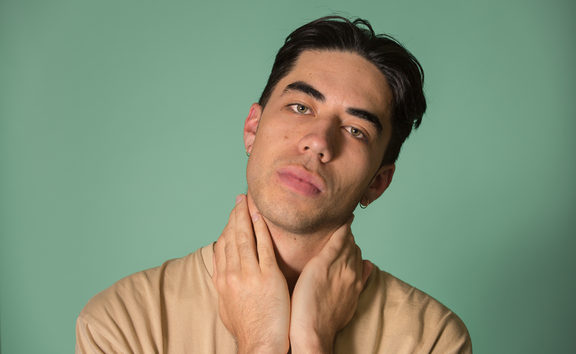 NZ On Air Radio Airplay Record of the Year