The name Shae Sterling may not be familiar to you, but his music videos have showcased the talents of some NZ's most well-known artists, including Stan Walker, Maisey Rika, Maya Payne and K.One. 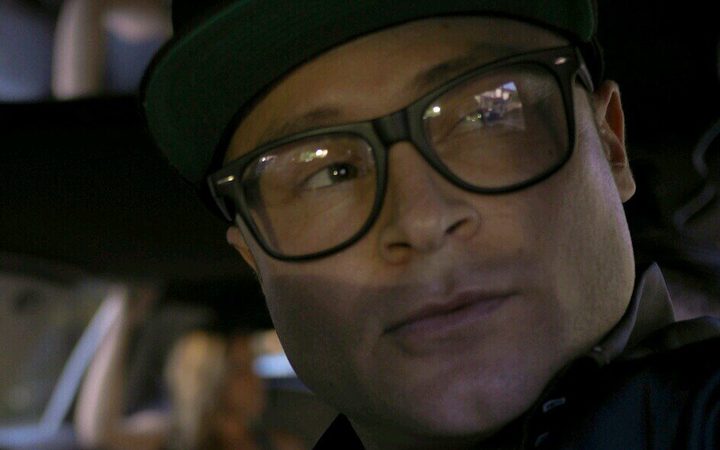 Shae Stirling seems completely unfazed by the obstacles and quirks of his chosen profession: evading the attention of armed security guards; trawling Craigslist for vintage cars or maintaining control of wayward tractor tyres.

“It’s such an amazing art form, you’re so free to do what you want” enthuses Shae.

The self-taught filmmaker “got a taste” as a youngster. His father spurred his passion by buying him a video camera and getting him on a set of friend’s multimillion-dollar film production in LA.

He then turned his hand to making movies about something he and friends’ enjoy: cars. “We started making these DVDs about cars called High Octane. It was Top Gear before Top Gear and we did that for six years and I made six feature-length documentaries about cars, they were like comedies.”

The series was highly popular amongst the boy-racer circuit, topping the local DVD sales charts:  “We’d beat the movies when they came out.

The boy racer thing was huge. But then Shae 'got sick of filming cars after six years, so then I got into music'.

He even turned his hand to making his own music, which led to a fruitful partnership with Maisey Rika which is beautifully reflected in her 2012 waiata ‘Tangaroa Whakamautai'.

But it’s his Stan Walker music videos that have become his calling card: “I’ve actually done the most music videos for one artist is Stan. I’ve done either eight or nine for him now.”

Their latest collaboration, the bold and arresting ‘New Takeover’, which Shae credits the singer for.

“Sure I filmed it, directed it, but the concept initially is very much his idea, and I did everything in my power to service that concept.”

Shae explains, “It’s not quite political, it’s more just about a movement, coming out of struggle or letting people be aware of who you are and sometimes you just don’t wanna be walked over in life.”

The video is bold and arresting with contemporary kapa haka choreography, the Tino Rangatiratanga flag prominently appearing in the video, and visual elements that clearly display the artist’s respect and affinity to Maoritanga.

A hallmark of Shae's work is Aotearoa’s natural scenery – something that often appears in his work: “I can see beautiful things in nature. There is so much inspiration.”