The soon-to-retire (but not at all retiring) presenter Lloyd Scott shares some handy tips on how listeners might cope without his presence as co-host of RNZ’s All Night show. He plays his favourite songs and dispenses wise words with Yadana Saw for the RNZ Mixtape.

“Listen to Vicky McKay, because lovely Vicky will be on, she’ll still be doing [half of] the All Nighter and...I’ll be turning on the radio, listening.”

The 74 year old veteran broadcaster is a self-confessed night owl, and is about to begin the final week of a broadcasting career that has spanned over five decades.

“I think I’m ready to leave. It it weird you know. I’ve been so lucky to have solid work all my career. Starting off as a technician in radio and then becoming a specialist operator for radio drama in Christchurch.”

But he nearly didn't make onto the airwaves. Discouraged after failing an audition after he jettisoned his university studies in medicine, Lloyd hitchhiked across Europe and North Africa before he finally felt he could pursue his dream. His life in London had given him “the confidence, and you come back and think “God I can take on the world!’”

Lloyd also embarked on an acting career that has seen him tread the boards around the country and abroad in over 80 musical and theatre productions - Jesus Christ Superstar, The Sound of Music, Sister Act, The Pohutukawa Tree to name a few on that lengthy list. He’s a familiar face to young’uns of 1980s as the presenter of current affairs show The Video Dispatch, and not so young’uns as one half of the beloved television commercial duo Scotty and Crumpy.

But it is on radio that Lloyd Scott has been an ever-present voice since 1970 when he hosted the 2ZM breakfast show, and for the last 13 years as the steady, soothing presence - four nights on, four nights off - on the RNZ All Night Programme: “a joy” where he “just fell into place.”

Lloyd’s delivery of the 4am marine and coastal weather forecast is uniquely mesmerising, and one of the many things his listeners will miss. He explains his approach to the “important data” contained in the forecast.

“Most presenters want to get it out of the way, but I look at it like an actor... it’s monologue to me, it’s a story to tell.”

Lloyd takes this responsibility so seriously that he was once prompted to write back to a listener who was glad the lengthy forecast had read quickly. “I said ‘Look, don’t you think that is rather selfish?’ This information is for people who need it...and you can’t understand stuff by rushing through it, so you’ve got to give it its worth.”

Of course, when Lloyd sounds forceful, it is still with a gentle, self-effacing charm, which he was always quick to share with the nocturnal audience.

“I just think midnight to six is just a magic time of day. And it’s different from the rest of they day when the sun is up. It requires other things for people to listen to,” he muses, “because they listen differently.”

“They say that four o’clock is the time of day when you’re weakest as far as your psyche is concerned, your sensitivities and everything else, and if you’re going through not good times it really hits you [at] four or five in the morning because maybe people wake up and they go over things and it’s horrible. When the sun comes up, it doesn’t seem so bad.”

It seems the Lyttelton boy who wanted to be a doctor found his own way of providing therapeutic comfort. “Maybe just being there for people at that time of the morning in a particular way is helpful?” he wonders.

“I think, the All Nighter, for me, has been a place where I can use things that I’ve learned in theatre and had - I don’t know if it’s the courage, the bravery, or whatever - to do silly things, and that all probably adds to the picture, I suppose."

Grateful for the living he has made through his passions and interests, Lloyd concludes,“I’m surprised to this day, in a way, that I’ve made my career by using my voice.” 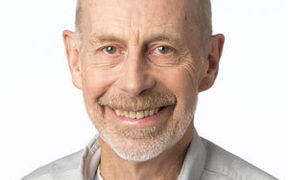 RNZ presenter Lloyd Scott is hanging up the headphones in August. He joins colleague Eva Radich to talk about his long and illustrious career in musicals, theatre productions, television, radio and… Audio 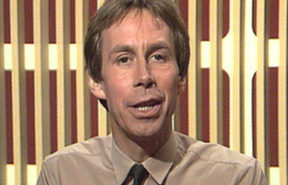 Ahead of his departure after 53 years at RNZ - Lloyd Scott will be sharing memories and choosing songs on the RNZ Music Mixtape. Leave your message for Lloyd here.