Searching for the band SoccerPractise on the Internet does not yield much information about the four-piece synth electro band. There is however a lot of hits pertaining to drills and skills for the world’s most popular sport. Yadana Saw learns about the origins of the band's name.

"It's not as exciting as you'd imagine," says Keyboardist and producer Thom Burton, playing down how the band found its name. But who would ever imagine that his 3-year-old nephew's imaginary friend was responsible?

“It was a very violent alter ego that he had. It was born out of him bungy cording me and his Dad shut in the garage and he wouldn’t let us leave until we addressed him as ‘Soccer Practise’”.

Thom’s nephew did not specify whether it was the noun or verb form of 'practice'. That was entirely the band’s call. 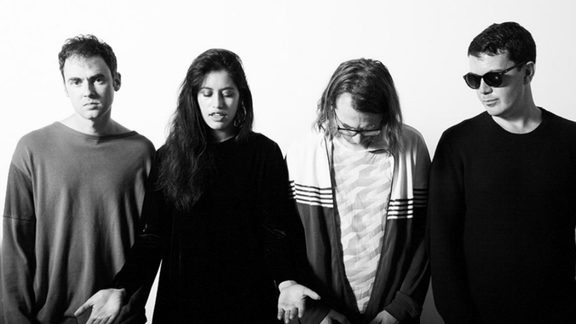 SoccerPractise, the band - not the preschooler alter ego - comprises of vocalist Geneva Alexander Marsters, guitarist Leo Horgan and visual musician Kim Newall, all of whom had previously collaborated with Thom in separate projects.

To be an action, or be active, seems appropriate for a band that also sports a 'visual musician'. You might not hear Kim Newall on the band’s forthcoming album even, though he is listed in the songwriting credits. But you will see his 'response to the music' if you catch the band live or in one of their videos.

Like any other member of the band, Kim is at every SoccerPractise rehearsal, but, "Instead of making sounds, I’m making images. So instead of banging a drum, I sometimes have some little puppets or drawings I move. I also play the sampling as well, I do some puppetry or animation and play it back. In response or in conjunction to the music. It’s quite an improvised performance.” 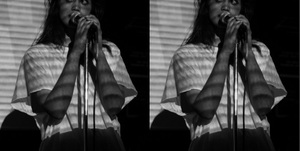 Another unique aspect to the band comes from Geneva. Of Ngāti Kahungunu ki Wairoa descent, she is fluent in te reo Māori via an education at kōhanga reo and kura kaupapa Māori.

Acutely aware that her grasp of the language is not as strong as it once was, SoccerPractise is a meaningful way to maintain her reo.

Their new single, 'Amene' is a rework of the Morvin Simon composed ‘Piriponotia’ and they’ve also penned their own te reo Māori waiata, ‘Haere Mai Tama.’

Geneva reckons, "It’s privilege to be able to share that with people and hopefully it will encourage more people to incorporate te reo Māori and even learn te reo Māori."

Guitarist Leo Horgan adds,“There’s just a huge positive response from around New Zealand. It’s really nice for us to be able to do that.” 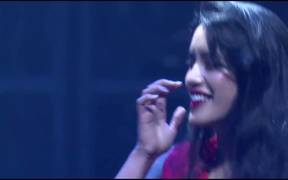 'Windfall', by SoccerPractise. Keep up to date with their releases at soundcloud.com/soccer practise music. Audio 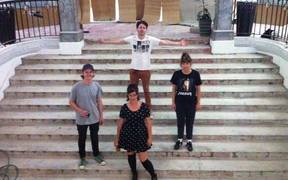 The Secret Life Of Lighting Techs

In this episode of Secret Life Tony Stamp delves into the world of lighting technicians, designers, and video operators. Audio

The Secret Life Of Lighting Techs