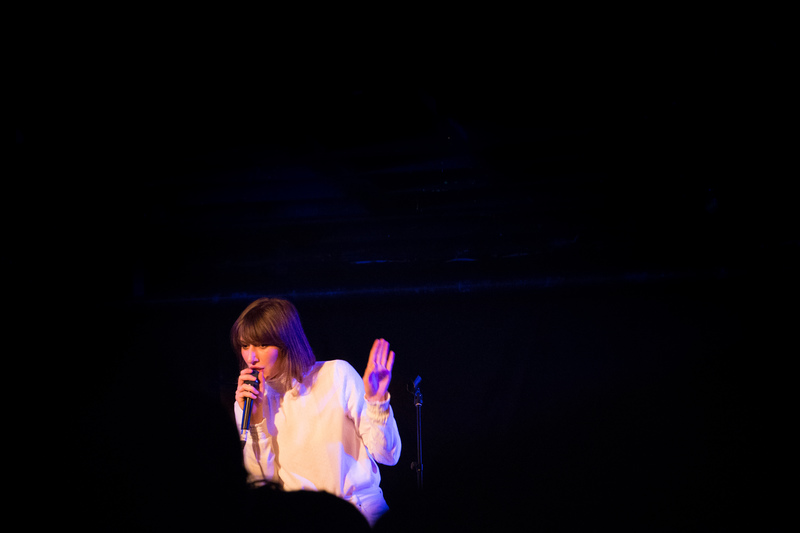 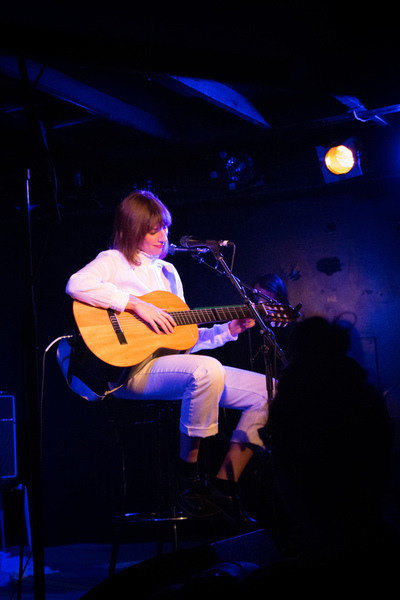 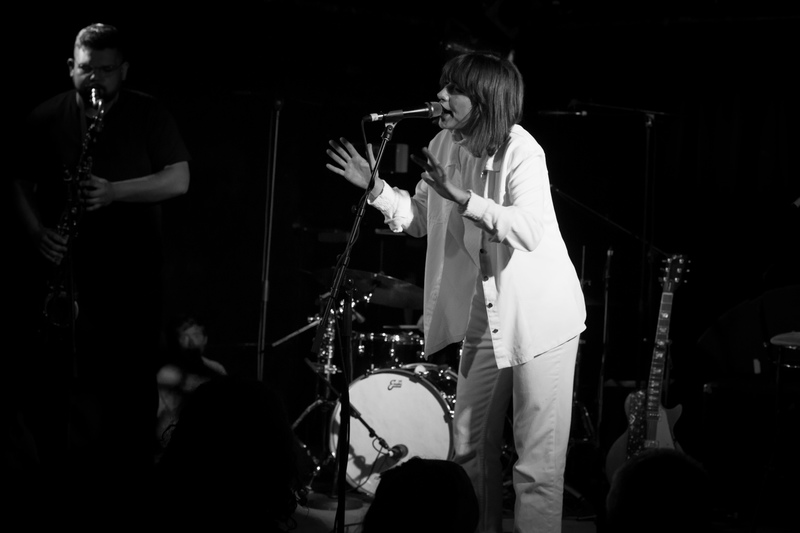 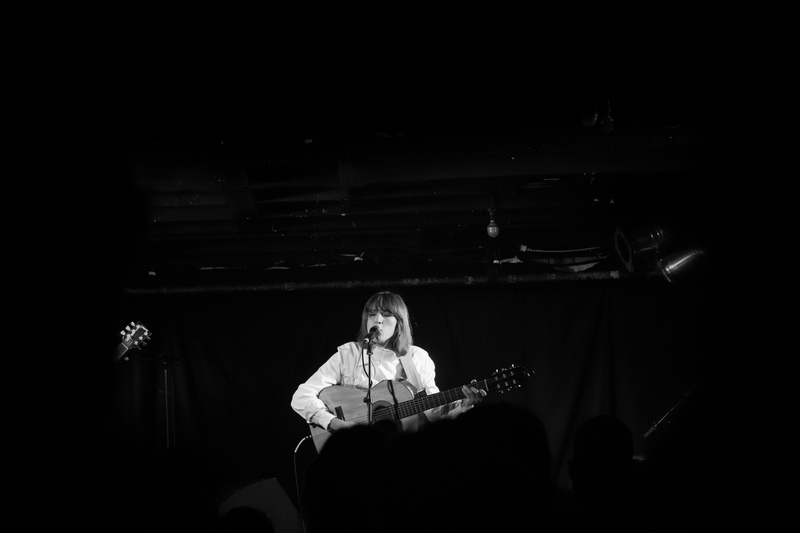 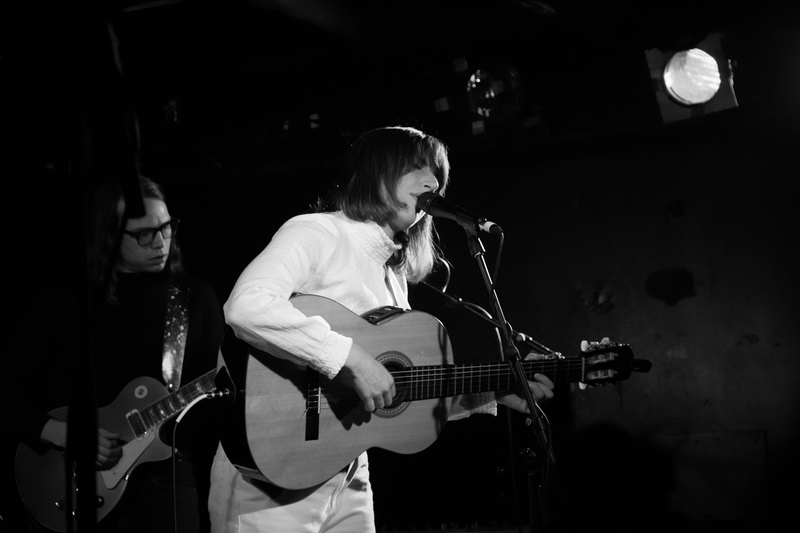 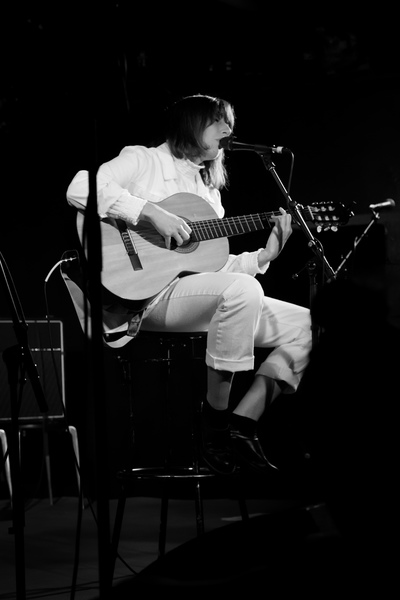 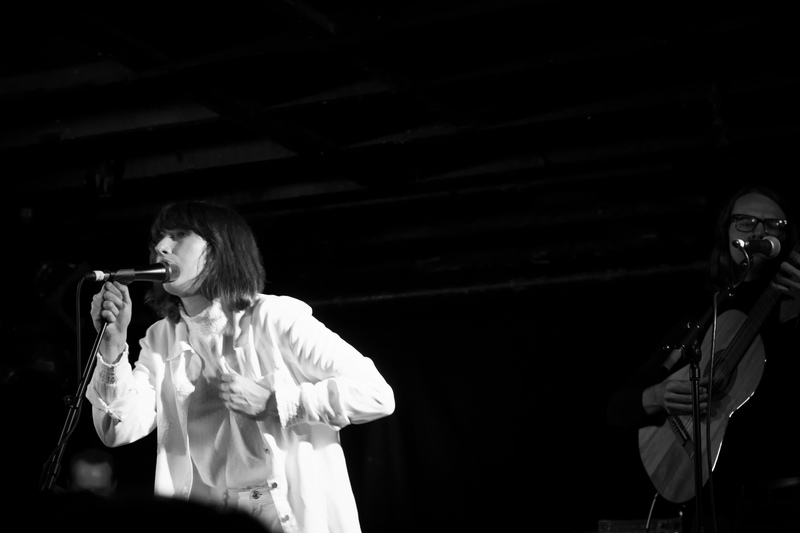 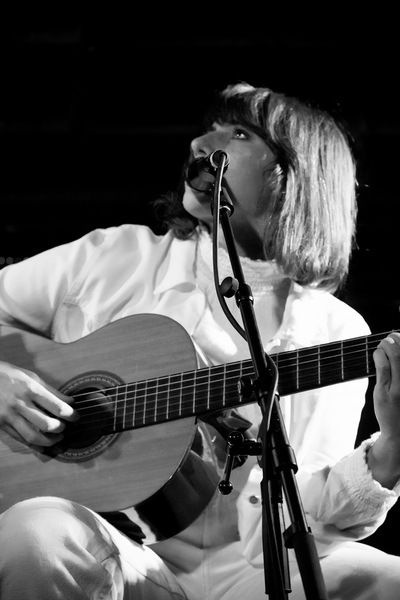 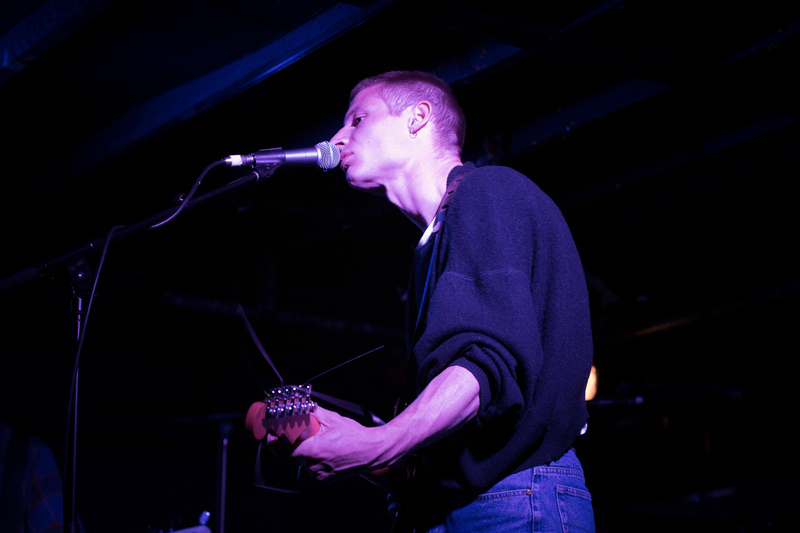 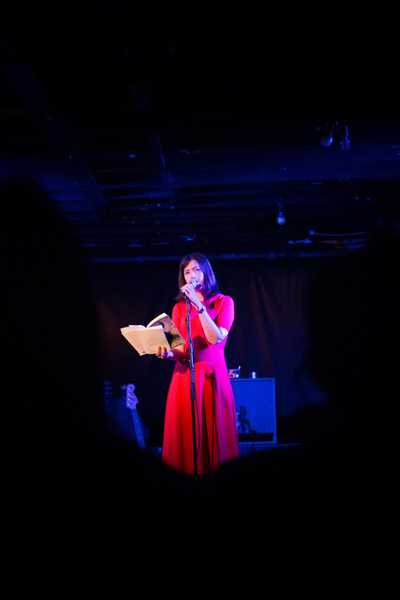 Ahead of her much-anticipated second album, Aldous Harding played the second concert of a brief New Zealand tour at Wellington’s San Fran.

There seemed to be two Aldous Hardings on the San Fran stage on Thursday night. There was the one that introduced the songs in as few words as possible, inquiring with self-deprecatingly low expectations whether the packed and attentive crowd were “having an okay time”.

And then there was the one that appeared every time she began to play: eyes opening wide, in wonder or horror (it was hard to tell), then closing tight or rolling upwards, mouth mobile, hands moving like a marionette. It made for compulsive if unsettling viewing, and that’s not to mention the voice, which would switch from the shy kiwi of the introductions to the most rarefied and exotic of sounds; from an elfin whisper to an intense confronting shriek, as in 'Party’, one of the many new songs featured in the set, and the title track from her forthcoming second album. Who else sings like that? What tradition does that singing belong to? What country does that accent even come from?

It is an extreme transformation that takes place, yet the two Hardings may not be as far apart as they seem. It’s as though Aldous the performer allows that other Aldous (or perhaps Hannah, the name she grew up with) to explore the sound of her feelings. And, in all her fascinating tics and twitches, perhaps the physical texture of them as well.

A lot has happened in the world of the Lyttelton singer since her self-titled debut came out in 2013, and her music has expanded accordingly. She’s toured internationally, and completed her second album, recorded in Bristol with PJ Harvey producer John Parish.

Much of the evening’s material was a preview of the new album, which will be out in May. A mark of her power and growth as a performer was that the crowd remained rapt through more than an hour of largely unfamiliar material.

Even the older songs had grown. 'Hunter', a whispery acoustic tune from the first album, was reborn as grungy country rock’n’roll. And there was a surprise cover – a Paul McCartney deep cut ‘Single Pigeon’, which she introduced as “the best song ever written”, with a shout-out to RNZ’s Kirsten Johnstone for letting Harding play this track (among others) in her recent Mixtape.

With an international release on 4AD and global touring ahead, this could be the last time we get to see her in a while, and perhaps the last time we see her as a local, rather than international, star. Her feelings about the commitment she has made were summed up in the recent song with which she encored, which seemed to be called 'Living the Classic'.

Though the focus of the night was firmly on Harding’s extraordinary voice and deftly fingerpicked guitar, the songs were coloured sparingly and effectively by her trio, which featured Tristan Deck on drums and percussion, Callum Passells who patrolled the lower registers on bass, bass clarinet and occasional sax, and Jonathan Pearce on keyboards and guitar, who would at timeas take over Harding’s instrument, freeing her up to more physically explore the songs.

It was a compelling, occasionally unnerving, sometimes unexpectedly comic performance. Dressed all in white, in contrast to her band’s uniform black, Harding would move when not singing or playing, like a mime; shades of Marcel Marceau. Other times, seated and hunched over her guitar, I had flashbacks of a 1960s Francois Hardy.

Her final song (other than the encore, which also included ‘Horizons’, from the forthcoming album but already a crowd favourite) was another new one: “What If The Birds Aren’t singing, They’re Screaming?”, in which Passells on saxophone gave a thrillingly literal interpretation of the title.

That title could almost have been a line from Hera Lindsay Bird, the second of Harding’s two support acts. She is extraordinary; possibly the first New Zealand performer since Sam Hunt to be able to command a rock’n’roll pub crowd with just the power of her words, which are rude, hilarious and real. Blazing lines like “Not with a bang but with what a wheelbarrow full of flutes falling down a spiral staircase sounds like” or “The only reason for poetry is to have a meadow to burn yourself alive in” were received like the choruses of rock anthems.

Unusually, the loudest music of the night came right at the beginning, with an opening set from Auckland’s Oscar Dowling. Backed by a tight yet fluid rhythm section, Dowling slung his strong melodies over sometimes dissonant and always inventive electric guitar parts. He’s got an album coming out in the near future, which will be well worth listening out for. 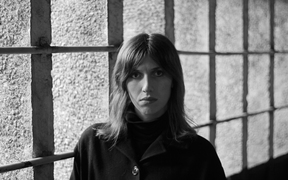 Aldous Harding is home in New Zealand for the summer, preparing a full band for shows in Auckland, Wellington and Christchurch. She joins Kirsten Johnstone to play some of the songs that she’s been… Video, Audio