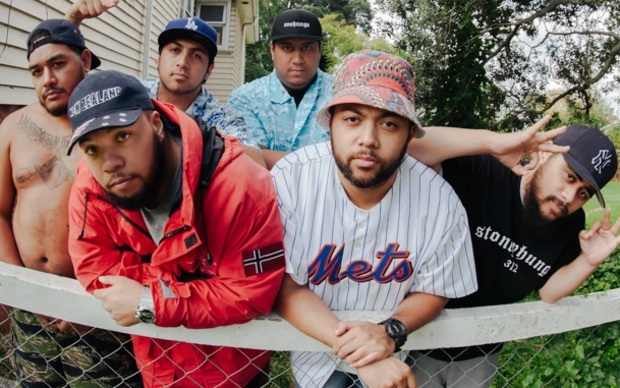 Drawing together the talents of Spycc, INF, JAMAL, Boomer, AZA and SmokeyGotBeatz, Onehunga crew SWIDT (See What I Did There) fly the flag for their hometown, name-checking its sights and sounds any chance they get.

“It wasn’t like we had a meeting and were like, ‘Yo, let’s rep Onehunga to the maximum,’ says Spycc. “It’s just an innate thing – like we’re from there, we grew up there, eh. Even if you ask other locals, they’re the same. It’s just within the culture of Onehunga.”

With the release of their Smokeygotbeatz’s presented debut, SWIDT vs EVERYBODY, they talk to Sam Wicks about their hometown pride.