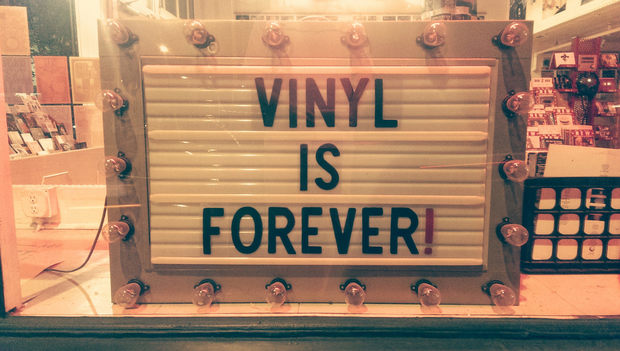 Saturday the 16th of April is International Record Store Day, and hundreds of outlets around the world will be celebrating their unique culture and the special place they have in the hearts and memories of music fans.

In 2015 digital music sales overtook physical formats for the first time. While CD sales continue to slump, vinyl records seem to be propping up the old industry model, with Recorded Music NZ’s latest figures reporting revenue of $1.7 million - 9% of all physical sales. Record Stores around the world have dropped like flies over the last ten years - but curiously - more have sprung up in their place.

In the face of a digital revolution, International Record Store Day was envisaged as a way to celebrate everything great about bricks and mortar music retail. Co-founder Eric Levin of Atlanta’s Criminal Records told RNZ in 2008 “We decided to throw ourselves a party. This was a bit of a rallying cry to independent records stores to let them know it’s okay.”

“You have to be an indispensable part of your community, or your community won’t have any reason to support you. Provide a gathering space, a friendly environment, you can’t lose.” 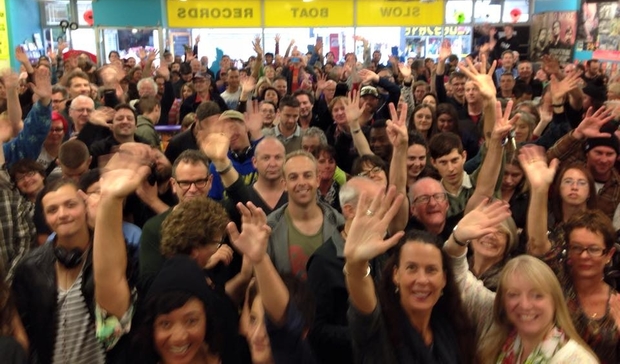 The first record store day reflected that sentiment. Shops in the U.S. held barbeques, foosball tournaments, live band performances, DJs, and record swaps. In Wellington, Slow Boat Records was an early adopter, with Bunnies On Ponies play in store. There were a total of ten special releases, worldwide, to mark the day.

Nine years in, and the list of RSD releases is exhausting. Hundreds of exclusive releases, rare, unreleased, limited edition cuts. You’ll find everything from a Justin Beiber 12 inch novelty picture disc, to a 7 inch by Mexican-American extreme metal band Brujeria entitled ‘Vive Presidente Trump!’ (there are only 500 copies of that one.) 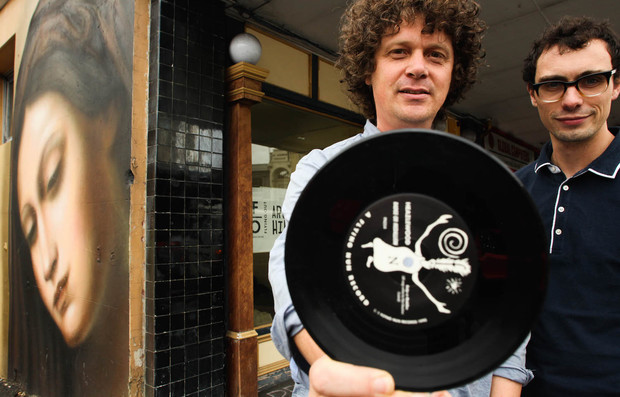 Ben Howe and Matthew Davis outside the Flying Out Record Store. Photo: Photo by Ben Howe

Locally, the retailers are mostly on board. Dave Imlay from Christchurch’s Galaxy says it’s a good thing for them. “A lot of the people we see on RSD we don’t see often during the year. Coming up to Christmas, maybe.”

Pip from Southbound Records in Auckland reckons they’ve got over 350 special releases for the day. In previous years they’ve had queues around the block, with people lining up from 6am. “We take coffee out to them. But to us, it’s not about all the special releases and discounts - It’s about people coming and hanging out and talking about music all day. The whole idea of coming into a shop - it’s about that personal contact and that relationship that you’ll never get online.”

“It definitely is the busiest day of the year” says Dave James of Dunedin’s Relics Music. “[Record Store Day] has raised the profile of record stores, and the value that people place on them. Obviously it’s a smaller market but there’s still a core of people who want physical product.”

Zac Arnold speaks to various record shop owners around New Zealand about what International Record Store day means to them.

Slow Boat Records in Wellington has in-stores this year from Dave Dobbyn, Anika Moa (playing a set for children) and Orchestra of Spheres. RNZ's Music 101 (that’s us!) will be broadcasting live.

Southbound Record Store in Auckland has free baking and coffee, and  live performances from Tami Neilson, Delaney Davidson, and The Leers.

Flying Out in Auckland has performances from Peter Jefferies and Jed Town - it’s also their first birthday, so there may be cake.

Galaxy Records in Christchurch has a host of DJs spinning records