The perfect ending for a record enthusiast? 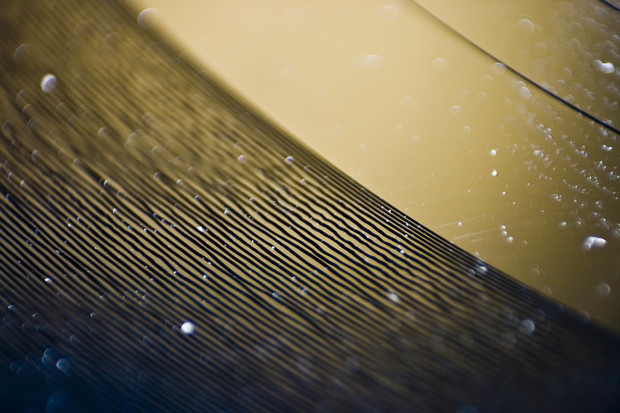 Now, those who truly love records can be entombed in vinyl.

Jason Leach, from UK-based company And Vinyly is a record fan and has been pressing discs for the last 20 years.

Leach now takes people’s ashes and mixes them in to create a unique vinyl record.

Until recently Leach hadn’t given mortality too much thought. But family stories and a bright spark inspired him to set up his company.

“My mum worked in a funeral parlour and our family had stories relating to ashes. I grew up with the story about my great granddad’s ashes being released from a boat in the South Sea with the wind blowing. They had to sweep him off the deck. I went to scatter my granddad’s ashes in the same spot and the same thing happened.” he says. “Then I saw this story about an American chap who put his ashes into fireworks.”

It’s a balancing act to get the right amount of someone into a record without compromising the integrity of the audio. Ashes are added into the vinyl mixture and are pressed in. If too much is added the record jumps and skips.

The audio on each 24 minute double-sided record can be music, the deceased person’s voice, some ambient noise from their favourite place, or nothing at all. People do have a distinct sound however. “People pop and crackle. It’s your true sound,” Jason says. “But ideally we try and get spoken word. The most profound recording you can have is hearing someone talk.

Thirty records can be made from each person’s ashes and it’s becoming a popular choice for those who aren’t too sure what to do with the remains of loved ones currently in urns on the mantel piece or a in a cupboard.

And what would Jason include on his audio tomb? “That’s the hardest thing in the world. It will include me speaking and including things that mean so much to me and the people around me.”