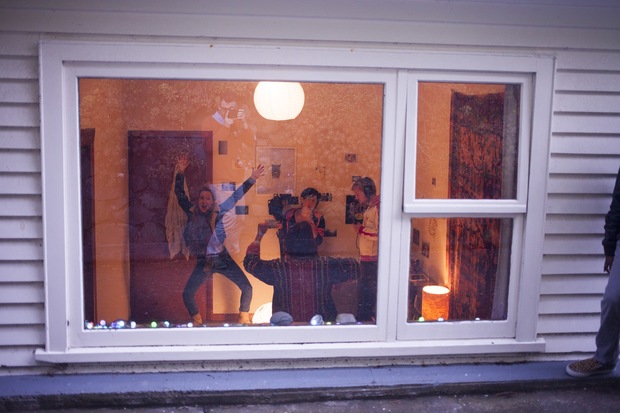 To accompany his latest single, When It Came Along, Jon Lemmon is turning to his friends, family and anyone else to help him make a crowdsourced music video.  Collaborating with the likes of Loren Taylor, who directed The Phoenix Foundation’s Give Up Your Dreams vid, and writer/actor/director Jo Randerson, he’s still looking for more talent.

To promote this message, he's invited 40 friends to cram into his bedroom to star in the initial video pitch where he invites you to submit your own filmed response to his new track.

Yadana Saw gets behind the scenes, and soon finds herself becoming part of the cast and crew of this very communal and free spirited endeavour.