Yasamin on writing music in response to tragedy

Tauranga-based singer-songwriter Yasamin talked to Music 101 about her moving song 'October', which was written in response to the Christchurch terror attacks and the 1 October 2019 protest in Iraq that ended in extreme bloodshed. 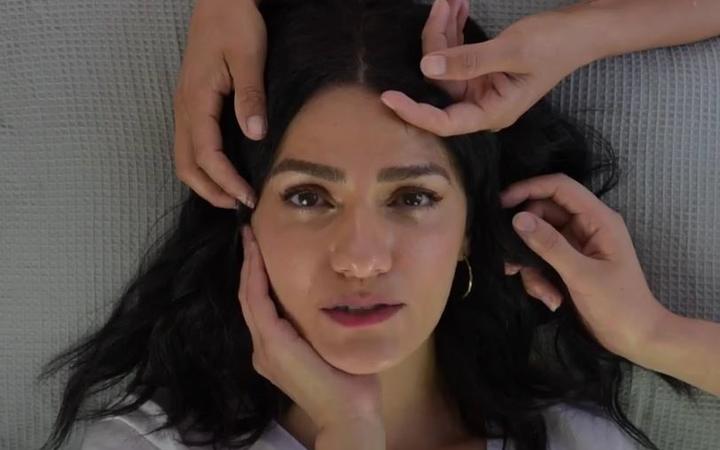 "I was born in Baghdad in Iraq and moved to New Zealand almost 25 years ago, so I did all my growing up here and went to high school and uni in Auckland, and in the last 12 months I've relocated to the beautiful Mount Maunganui.

"I've never been back [to Iraq]. For ages I was happily living my life in New Zealand and I didn't have much to do with Iraq, until the last couple of years when I saw there was a peaceful uprising in the country, and people who are my age were fighting for basic rights there.

"That kind of inspired the album that I released at the end of last year, and me visiting my roots again through songwriting. The Middle East, you can never shake it off, it's always part of you, and I think it's because it's so prominent in the news, there's always something happening. I really needed to reconcile how I felt about being from New Zealand and from Iraq, and I think I did it in that last album."

Yasamin says while these type of introspective thoughts might not be apparent in her everyday, once she started exploring them, she was surprised at their depth.

"I think every immigrant will feel the same, which is we love the place that we've adopted as our home, but we also have ties ... to where we were born and the culture we grew up in, but we feel that we don't belong to either place fully. So it's a really weird place to be in, and I wanted to explore that when I was writing songs.

"I grew up in New Zealand, I've lived here for 25 years, but I get asked where I'm from almost every week, and it's a constant reminder that: 'you're not fully from here, so where are you from?'. But then when I speak to other Iraqis I can barely put a sentence together in Arabic, even though I do speak it fluently, it's really hard for me to just be fully Iraqi as well."

She grew up in a Muslim family, and felt the impact of the Christchurch mosque attacks deeply.

"I remember it really clearly. I was with my brother looking at shared office spaces, and he got a text from one of his friends saying there'd been a shooting in Christchurch. But we didn't think much of it, because these things don't happen in Christchurch.

"So when you hear there's been a shooting you never think it's what happened in Christchurch: 51 people killed. These things don't happen in New Zealand.

"Our reaction was... we'll turn on the news... and then the reality of what had happened was everywhere. And it was a horrific week, it was horrible. And I can't imagine what it would be like for people who knew people in the shooting, but it was still just a sad, sad week."

The pain from both the October protests in Iraq, and the Christchurch attacks melded together in her experience of that time.

"Both events, both the October revolution and the mosque shooting happened in 2019. I know 2020 was really hard for everybody, but I would say 2019 was emotionally a really hard year for me, because all these horrible things were happening that... I identified with. So I wanted to put everything in one song, that sums up how I felt about it, and that song came out.

"I think it was really important for me to put something in song because I'm from the Middle East and I'm from New Zealand, and what happened in Christchurch affected both these sides of me. I just felt like if I didn't put it in song who will?

"This is our job as songwriters to look at our environment and not be scared to say how we feel about it."

I can't watch you murder these perfect men.

That are worth a look

They're all falling down

For standing for their (Rights)

Tell those, those who murder

Karma gonna get ya

No real man, hides behind a gun

Wake me up at the end of March

I can't watch what happened in Christchurch

We shed our tears

But if you don't see me as equal

Then who are we fooling?

Peace will always win if not now then in the end

Tell those, those who murdered

Our young men in October

No real man hides behind a gun.