Stop Making Sense, the 1984 movie that captured Talking Heads performing live at the height of their powers, is still widely regarded as the best concert film of all time. Thirty-six years later, former bandleader David Byrne has released a follow-up that's as significant in its own way.

The new film weaves songs from his entire career through a narrative structure that features spoken-word interludes, choreography, and an eleven-piece band who are wireless and free to roam the whole stage. Byrne and his players all wear grey suits, and none wear shoes. 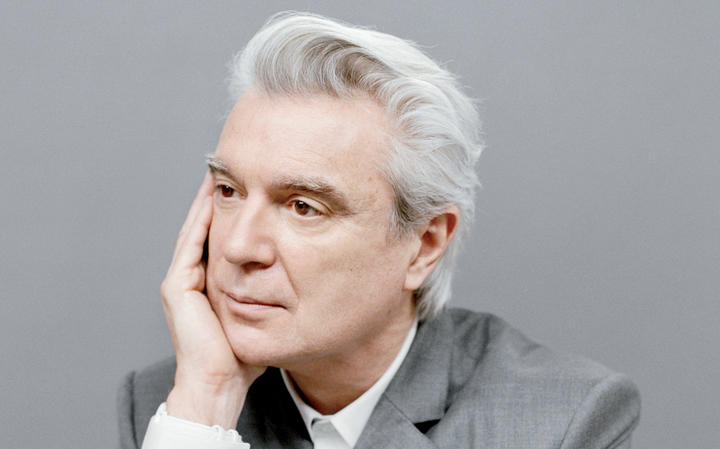 Anna Coddington is a singer, songwriter, and multi-instrumentalist. She produces soulfully crafted songs as a solo artist and as part of other musical projects including Fly My Pretties.

Four years after her previous album Luck/Time, Anna has released her new album Beams. The record explores Anna’s place in the world, as a mother, a musician, a Māori, and a human being, covering themes she's previously shied away from.

In this moving interview, Anna opens up to Charlotte Ryan about why she decided to address these topics now, how she’s dealing with language trauma by singing in te reo, and how she almost threw in the towel when it came to making music.

Grammy award-winning American singer, author, and record producer Jeff Tweedy is best known as singer and guitarist for alt-country pioneers Wilco. He's been making the most of isolation by opening up his domestic life via ‘The Tweedy Show’, which he updates nightly via Instagram.

By day he’s been working on his new album Love is The King. 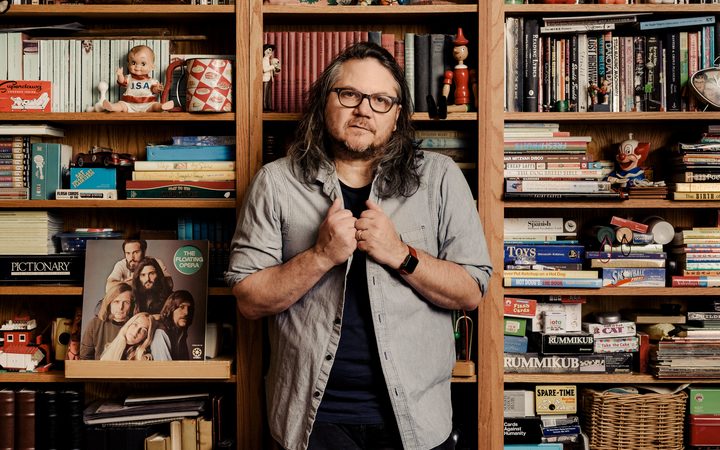 Another artist making the most of lockdown is Columbian-born Brooklyn-based electronic artist Ela Minus. Starting her musical career as a drummer in a punk band, she's now releasing modern electronic music. Her EP Acts of Rebellion was created and released during isolation.

Nick Bollinger reviews the new release and ponders how punk is influencing electronic music in 2020. 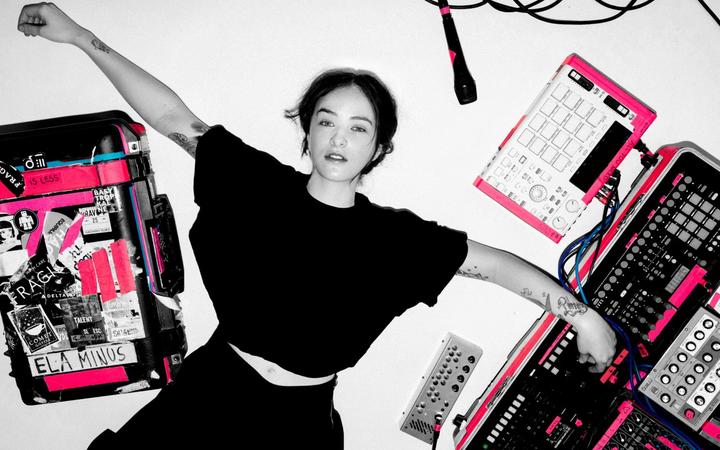 Up-and-coming Raglan musician Muroki is on the verge of a massive career. He's the first artist to be signed to Benee’s new label Olive, and Elton John is a fan of his music too!

A singer/songwriter/musician/producer, the 19-year-old takes influence from jazz, reggae, pop, R&B, and hip-hop. The outcome is some seriously unique and impressive tunes.

We are so excited to have him here performing live for us on Music 101. 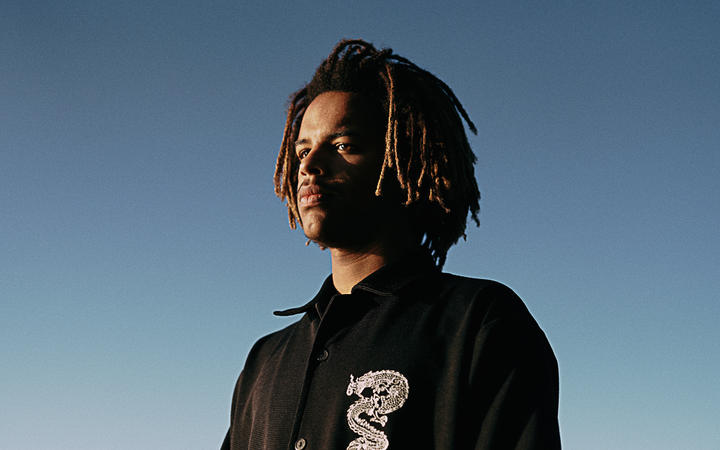 Aotearoa's biggest band give audiences a vulnerable glimpse into their journey in their new documentary film ‘Till The Lights Go Out’. Directed by Julia Parnell, the film sees members open up about their humble beginnings, from growing up in a gang environment to growing up on the rugby field.

SIX60 quickly became one of the countries most beloved bands, but critics didn’t agree, labelling their music ‘BBQ Reggae’ and ‘never quite brown enough sounds’. The film provides an inside look on how these comments effected the members young male egos, and caused rifts between band mates.

To SIX60, music is a competitive sport. Charlotte catches up with members Matiu Walters and Marlon Gerbes, who reveal the true cost of never giving up. 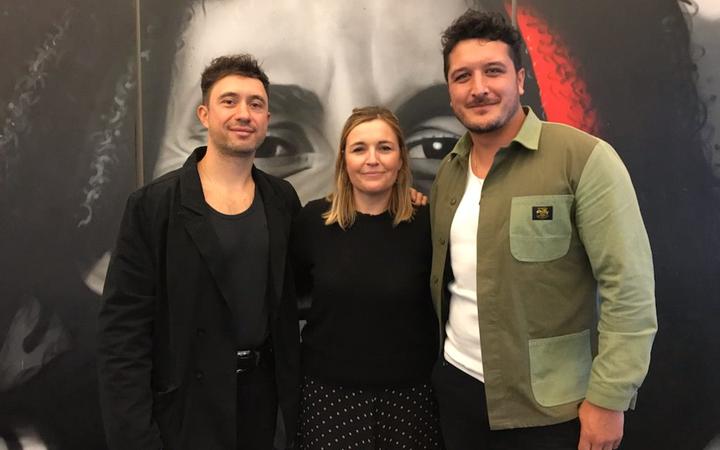 It was THIS DAY in 1987 that David Bowie's Glass Spider Tour concluded with a show at Auckland's Western Springs Stadium.

After 6 months on the road and 86 concerts, the Glass Spider Tour concluded in Auckland NZ.
The "Glass Spider" stage set at the time, was reported as the largest stage set ever assembled - and was said to be ceremoniously burnt in New Zealand to save shipping costs.

Before the visit, Bowie was briefed on Māori protocol - when he realised he was to sing a song, with much respect he wrote and performed a song specifically - and from the RNZ series, Sound and Vision here is a recording of Bowie's song at Porirua Marae in 83 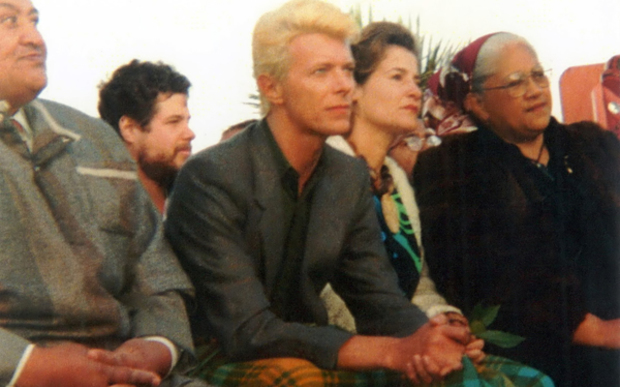 David Bowie during the whaikorero at Takupuwaahia Marae in Porirua in 1983. Photo: Ngati Toa

3:10 NIKOLAI TALAMAHINA | HERE WE ARE

Nikolai Talamahina, aka Brown Boy Magik, is still working out what masculinity means to him. In this video, by Claire-Eastham-Farrelly, the musician, curator, events facilitator, and "big energy Aries" talks about what it's like when you're suddenly expected to be "one of the boys".

This video is part of HERE WE ARE, an RNZ series by journalists Murphy and Susan Strongman about trans mental health. You can read, hear, and view more stories at rnz.co.nz/here-we-are. HERE WE ARE was made with the help of the Mental Health Foundation and Like Minds, Like Mine.

This week, Yadana Saw is at the helm and is joined by Flo Wilson and Max Towle. Together they take a listen to the new offering from enduring pocket pop rocket Kylie Minogue and Auckland guitar rock good tunes from PHF, Na Noise, and Deradooria.

Deradoorian – It Was Me

Peter CottonTale – When We Get There

Na Noise - Waiting For You 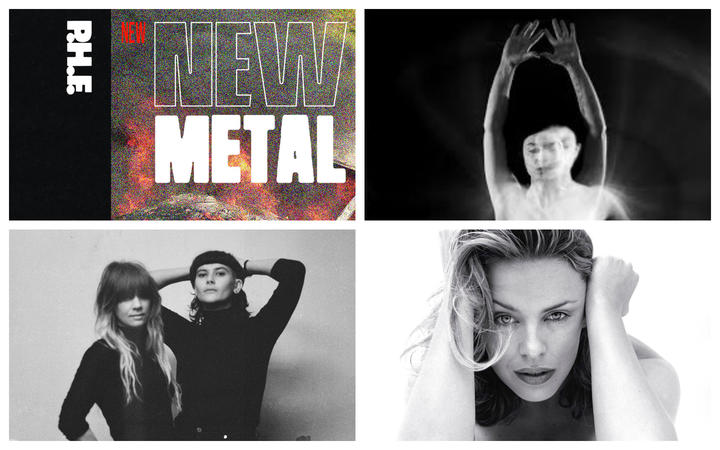 Wellington musician Darren Watson has always had a passion for the blues. He’s been committed to his craft for over 30 years, playing in a variety of bands including Smokeshop in the late 80s and eventually going solo. His solo back catalog of seven albums are a respectable endorsement of his personal motivation and growing skills as a songwriter. His most recent album Getting Sober for the End of The World is something that Darren Rates as his best work.

He joins Trevor Reekie on this episode of The Mixtape and talks openly about dealing with depression, 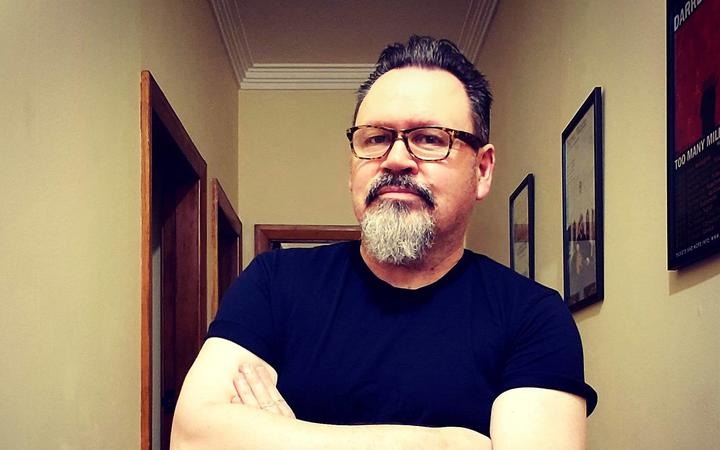 Talking Heads - This Must Be The Place

King Sweeties – Who Wouldn’t want to be in Love

The Phoenix Foundation - Slightest Shift in the weather

Bob Dylan - If Not For You

The Black Seeds - Raised with Love

The Smiths- This Charming Man

Ray Columbus and the Invaders -  Willie and the hand jive

Miles Calder - Take me back to how it was

The Avalanches -Since I left you

Can - I want more