Outerfields runs for a full day, with more than twelve hours of music from gates at 10.30am till 11pm. The event is GA, all ages, and fully licensed with abundant food trucks and Auckland cuisine.

Early Bird tickets are $99 and go on sale at 12pm on Monday 16 November from ticketmaster.co.nz.

Outerfields 2021 is proud to support the work of MusicHelps, a Kiwi charity that provides support to the dedicated people in our community who use music to help and support people in need. 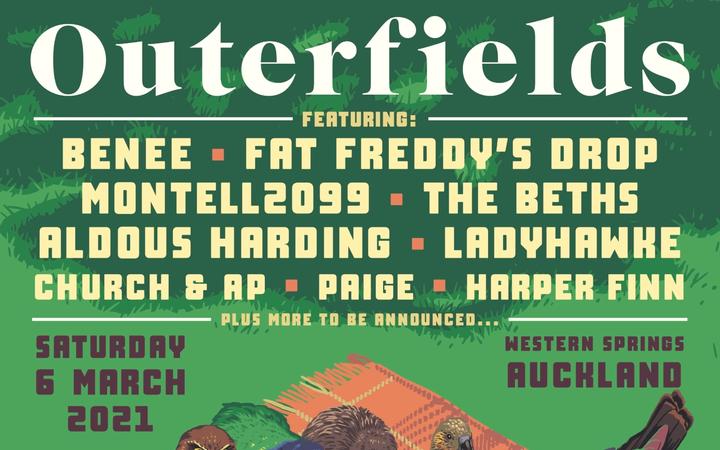 Pearl Jam has sold more than 85 million records, played over 1,000 shows, and have had five #1 albums, but after more than thirty years of success, why aren't they as loved as, say, Nirvana?

New book Not for You: Pearl Jam and the Present Tense is the first full-length biography about Pearl Jam. It dissects the band's role in music history from the explosion of grunge in the early '90s, to their more disputed recent content.

Charlotte Ryan speaks to the book's author, Ronen Givony, about the band's impact as she attempts to get to the bottom of why Pearl Jam has become such a polarising band. 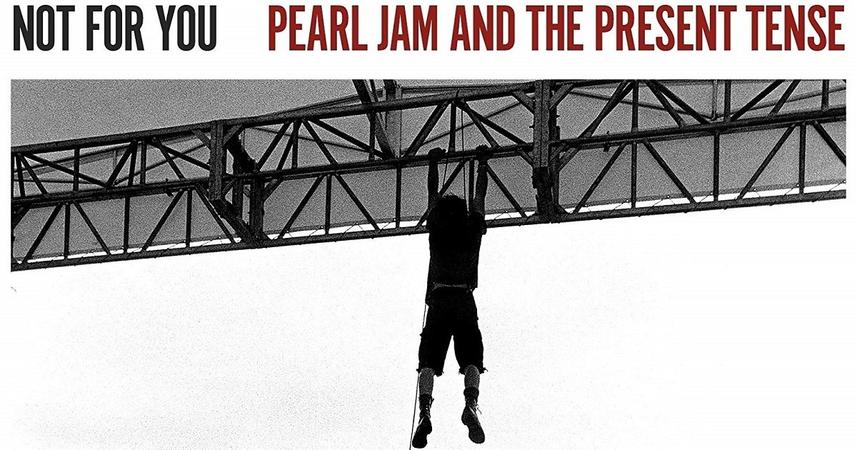 Not for You: Pearl Jam and the Present Tense Photo: supplied

1:15 Diana McPherson of Māpura Studios on the importance of finding your voice

Māpura Studios is a creative space located in central Auckland. They provide for people of diverse life experience to learn, grow, and enhance their lives through creativity.

The studio offers programmes that focus on visual arts learning, creative therapies, and arts practice, as well as music therapy for people living with disabilities and diversity.

Māpura’s ‘Art Therapy After Stroke’ programme has been running since 2010. It was commissioned by the Stroke Foundation Northern Region after iconic New Zealand musician Chris Knox suffered a stroke.

Participants have shared stories of how life can change profoundly after suffering a stroke, and how hard it can be realising you can no longer do what you used to. Many have dealt with issues such as grief, loss of identity, loss of self-autonomy, and loss of confidence.

The studio has recently released beautiful albums What Are Ya Doing? I Wanna Go Home!, A Map Of Morning Tea, and single ‘Hugh Sings!’, all written and performed by participants who've suffered strokes.

Those who'd lost their ability to speak, haven't lost their voice. Through singing and making music, they've discovered new talents and new ways of looking at the world.

Charlotte speaks to Māpura’s Diana McPherson about the process of making the album, how music heals us, and the importance of finding your voice. 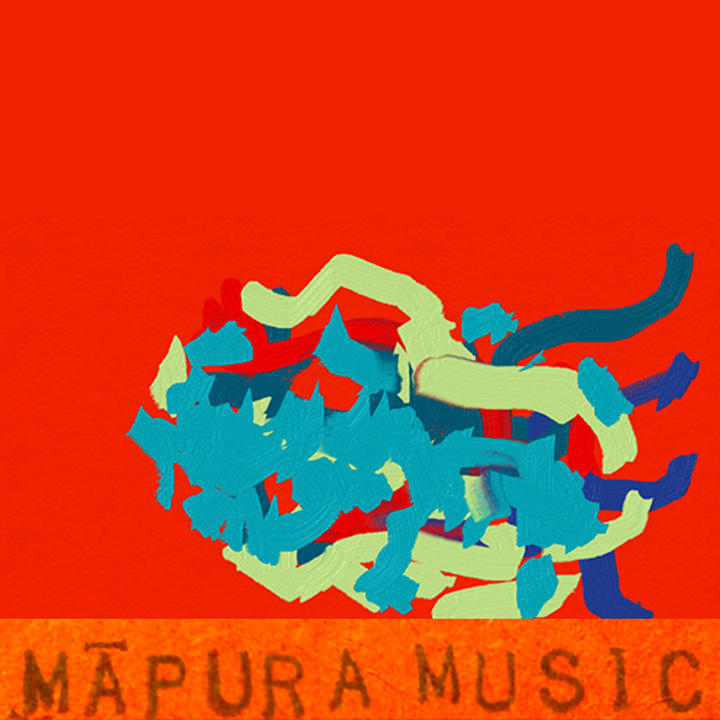 American country singer-songwriter Sturgill Simpson has just released his fifth album as a solo artist. His second album Metamodern Sounds in Country Music was nominated for a Grammy Award for Best Americana album in 2014, and appeared on Rolling Stones “Best 50 Albums of 2014”.

Sturgill's third album A Sailor's Guide to Earth won him a Grammy Award for Best Country Album as well as earning him a nomination for Album of The Year. His fifth album, Cuttin Grass Vol 1 was released just last month.

Nick Bollinger reviews the new release on this episode of The Sampler.

Sturgill Simpson - 'All Around You'

Sturgill Simpson - 'Turtles All the Way Down' 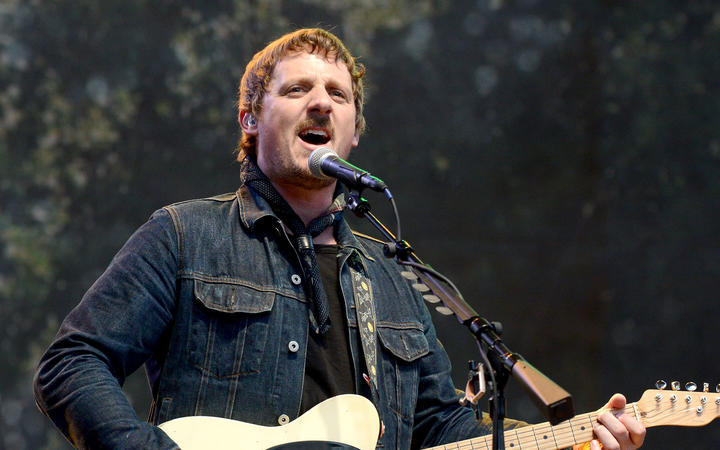 Rob Brown and Sean Booth make up English electronic duo Autechre. Signed to UK electronic label Warp Records, the duo remains one of the labels best-known acts. Nick Bollinger reviews their recent release Sign and ponders if one makes music for the future, when does it catch up with the present? 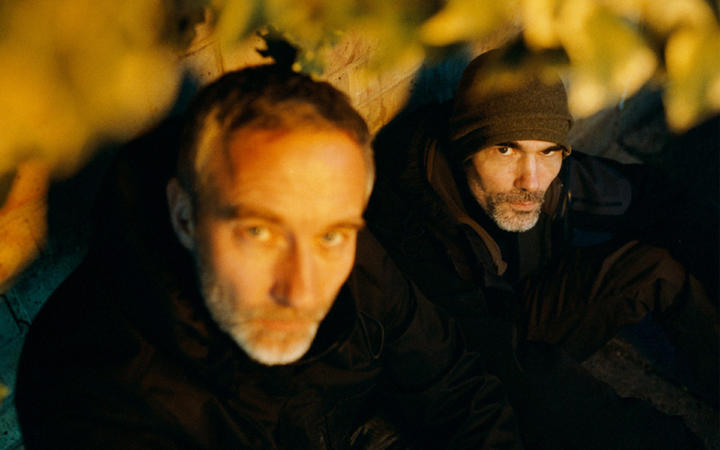 Ha The Unclear is a guitar-drums quartet originally from Dunedin. They released their debut album Bacterium, Look At Your Motor Go in 2014, and follow-up Invisible Lines in 2018.

They had a big 2019 signing with French label Think Zik and spending time filming and recording in Paris.

The band’s 2020 European tour was canned due to COVID, so they headed to North Otago to record some new tracks.

Their upcoming tour, which kicks off on Friday, October 30 in Auckland, is their most comprehensive NZ tour since the release of Invisible Lines. The band is amped to play six shows around New Zealand in October and November in celebration.

2:40 Shihad's Jon Toogood on his journey converting to Islam

Hitting massive local success in the late ’90s, rock band Shihad (briefly named Pacifier between 2001-2004) are a household name. Together the band produced five number one studio albums, and hold the title for the most number-one records from a New Zealand artist, a title they share with Hayley Westenra.

Frontman Jon Toogood has had quite the journey outside of Shihad. He converted to Islam after meeting his now-wife Dana Salih. The pair were married in Dana’s home country of Sudan in 2014. Before this, John was a self-described “staunch atheist”, but has now even written a thesis on his newfound religion.

New ABC podcast series Days Like These follows John’s journey to religion and why he’s mostly kept it to himself until recently. 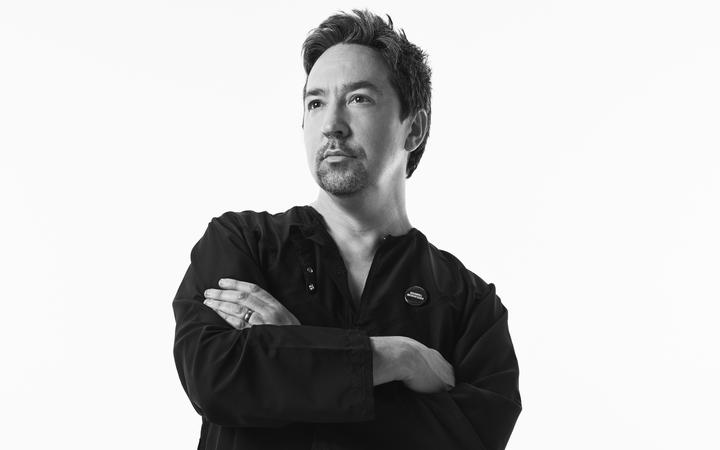 The Outliers is a gritty, unapologetic look at youth from minority backgrounds in New Zealand.  From great adversity comes great strength, so the aim of The Outliers is to search out youth who are the standout, the anomaly or the outlier in their community and in New Zealand.The Outliers will meet inspirational youth while also exploring the source of most minority success - the community where they come from!

This week we meet Rei, who is a bilingual musician and performing artist who was brought up in Wellington. Rei is at the forefront of bringing te reo Māori into the mainstream in Aotearoa.

Songs played on this episode of Song Crush:

The Weather Station - The Robber

Bruce Springsteen - I’ll See You In My Dreams 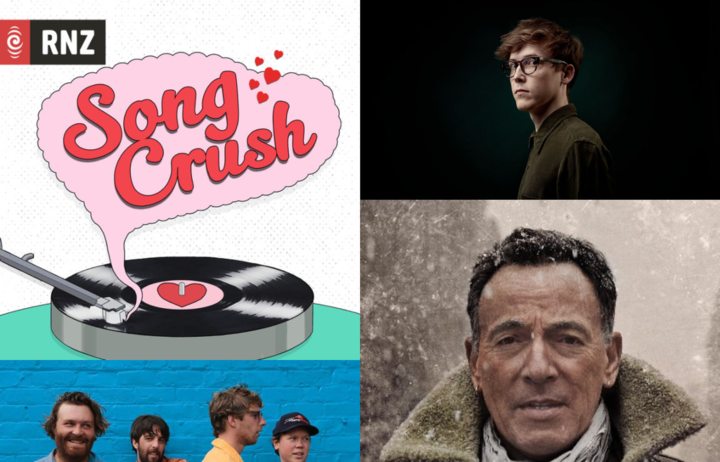 Chlöe Swarbrick has had quite the rise to prominence in New Zealand politics over the last few years. Her public life began when she famously ran for mayor of Auckland in 2016. After losing to Phil Goff, she became a parliamentary candidate for the Green Party, standing in the 2017 general election.

At just 23 years old she was elected as a member of New Zealand parliament, making her the youngest politician to enter Parliament in New Zealand since Marilyn Waring in 1975.

2020 was an even bigger year for Chlöe. She was recently elected as MP for Auckland Central, becoming only the second Green Party MP to win an electorate seat in the history of the party. She famously said ‘OK Boomer’ some older hecklers in Parliament, a phrase that's since become a meme. It helped make Chlöe one of the country's most famous Millennials.

Chlöe talks life and picks her favourite tunes with Charlotte Ryan on this episode of The Mixtape. 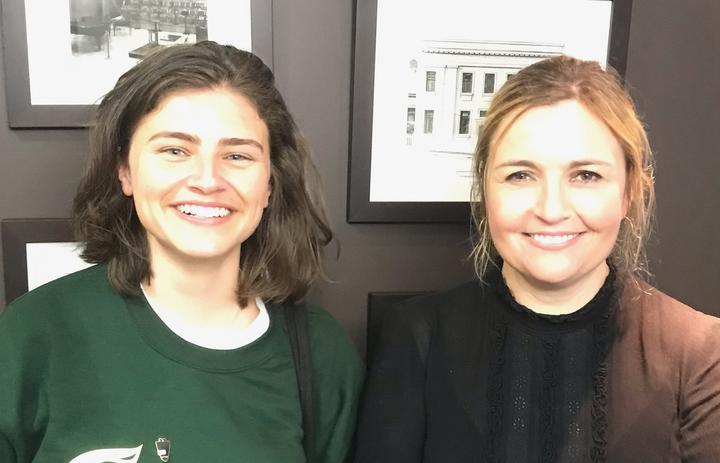 Lauryn Hill - Do Wop (That Thing)

Tami Neilson - You Were Mine (Roundhead)

Benee - Happen to me

Supergroove - Sitting Inside My Head

Straitjacket  Fits - If I were You