RNZ Music is proud to present the new video from alt pop rockers Ha The Unclear. Their vid for recent single ‘Strangers’ is out just in time to mark the start of their six date nationwide tour.

Directed by Vision Thing, the ‘Strangers’ video stars Ha the Unclear’s frontman Michael Cathro as an office worker, who gets stuck in an elevator with a colleague… played by a muppet. 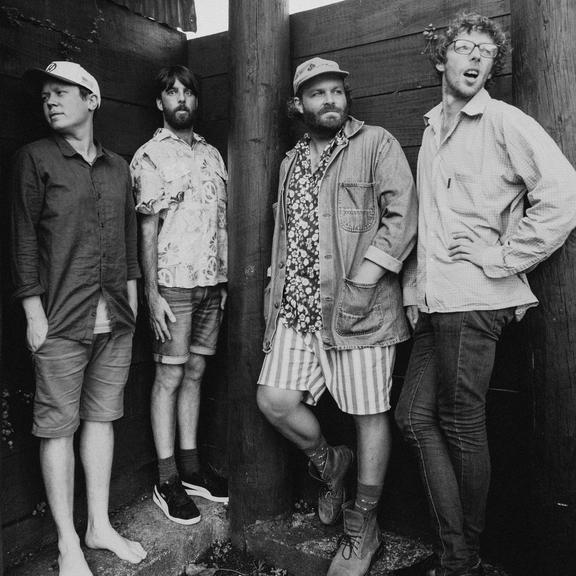 What ensues is an intimate encounter that sees the employees permanently intertwined into one another's stories.

Ha The Unclear is a guitar-drums quartet originally from Dunedin. They released their debut album Bacterium, Look At Your Motor Go in 2014, and follow-up Invisible Lines in 2018.

They had a big 2019 signing with French label Think Zik and spending time filming and recording in Paris.

The band’s 2020 European tour was canned due to COVID, so they headed to North Otago to record this new track ‘Strangers’.

Their upcoming tour, which kicks off on Friday, October 30 in Auckland, is their most comprehensive NZ tour since the release of Invisible Lines. The band is amped to play six shows around New Zealand in October and November in celebration 'Strangers'.