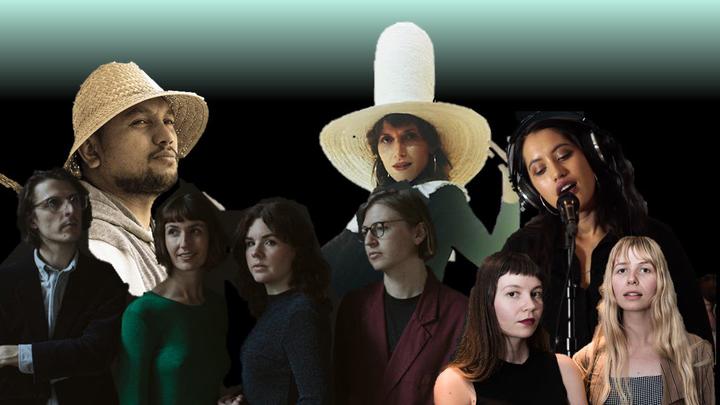 Behind RNZ Music's best 21 NZ albums of the 21st century

Yadana Saw speaks with RNZ News' Katie Scotcher and Nine to Noon Music reviewer Jeremy Taylor about being on the selection panel for the albums. Did they get it right? Were the results what they expected?

Angel Olsen speaks with Kirsten Johnstone about her latest album All Mirrors, moving to North Carolina, and maintaining mental health while on the road.

Auckland musician Ashley Alexander introduces us to his song 'Nicotine'

Nick shares he stories about raconteur Rick Bryant and poet, songwriter, screenwriter and stand up Arthur Baysting, both of whom died earlier this week

It was another strong year for music in Aotearoa, from the internationally acclaimed Aldous Harding and Tiny Ruins, to the grass roots DIY acts just bubbling up. The Song Crush team play some of their favourites.

This week's RNZ Mixtape selector is jewellry designer Boh Runga, best known as the flamehaired frontwoman of Stellar*. She shares her tunes with Yadana Saw.