And the beautiful sounds of East Timorese folk-singer Ego Lemos.

Join eclectic local two-piece Golden Axe (below) inside their latest art installation where they launched their new... cassette. Listen here.

In the wrong hands music can be torture.

From armies who use music to demoralise their opponents to shopkeepers who play high-pitched frequencies to dissuade teenagers from loitering, Julie Hill finds that the evil applications of music are almost inexhaustible. Not to mention those unfortunate people who suffer from painful and unusual musical disorders. More here 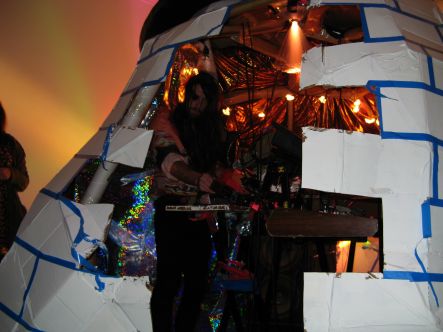