We take a listen to the new album by the poet laureate of rock, Bob Dylan

Speak to original 'conscious' hip hop group De La Soul, who are celebrating their 20th anniversary this year, and touring here this week.

'Give The Drummer Some': We take a look at two solo albums from kiwi drummers - Opensoul's Julian Dyne talks us through his debut LP Pins and Digits, and Nick Bollinger assesses Will Ricketts from The Phoenix Foundation's album.

And at half past four, Fly My Pretties - The Radio Play

The brain-child of Blackseeds frontman Barnaby Weir, Fly My Pretties brings together songwriters and instrumentalists from all over the musical spectrum for sit-down, recorded performances.

For the third incarnation of Fly My Pretties, the musicians will be joined on stage by Barnaby Weir's legendary father, storyteller Dick Weir, who will weave an original story into the music. Dick has spent the last thirty years telling children's stories. He was the creator and presenter of Radio New Zealand's award-winning show "Ears", and has been honoured with many more awards including the Queen's Service Medal for his Services to Children's Broadcasting.

RNZ National is pleased to have the debut broadcast of the radio play made for Fly My Pretties. 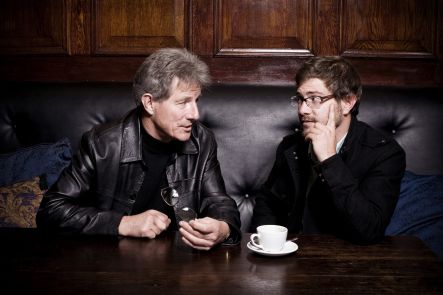