There's a report from the Wellington Folk festival, where musicians of all ages got together for sessions, sea shanties and even a spot of exotic dancing.

Meet The Tutts, an Auckland band with winning pop rock tunes and good haircuts to boot.

Musical Chairs features Brian Smith, saxophonist. Based in the UK in the 60s and 70s, he played a formative part in the jazz fusion movement.

Back home in New Zealand from the 80s onward Smith is considered to be an elder statesman of jazz - gigging and recording with the best players around. 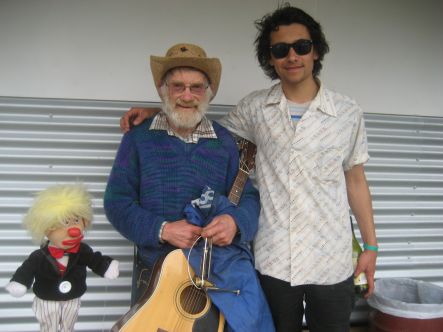