Labour's Grant Robertson talks to political reporter Jo Moir about being in government and looking ahead to the 2020 election. 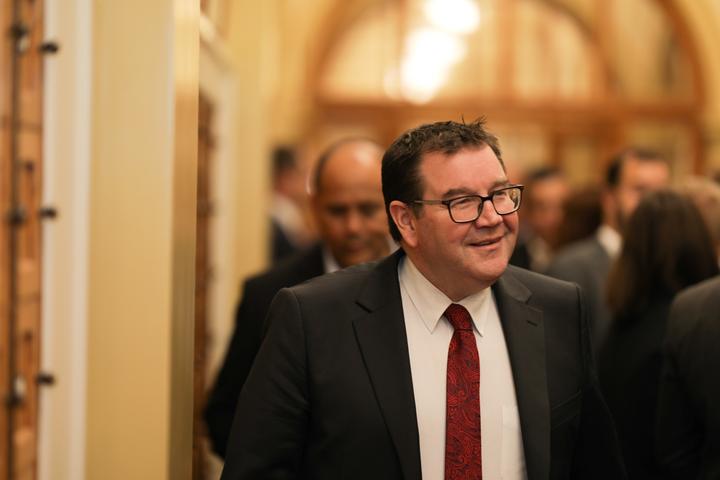 Labour's Grant Robertson has no interest in saying whether the Greens are easier to work with than NZ First.

"It's like your children, you can't pick out which one you love the most.''

But he insists working with Mr Peters is constructive and he respects his "huge wealth of experience and strong views" and him coming to the table with ideas, even though they sometimes come with interesting turns of phrase as well.

Mr Robertson said the coalition and confidence and supply agreements were the starting point for all negotiations and there was a general acceptance any differences should be worked out before policy gets to Cabinet committees.

Mr Shaw is also a fan of working with Mr Peters and says he enjoys a tipple with him - not that Mr Peters was prepared to confirm that, saying it was a private matter.

There are always going to be instances where NZ First and the Greens disagree but Mr Shaw says overall everyone is "really professional and understanding that you win some and you lose some''.

He denies being in government is a "lolly scramble" and said each party brings something to it and ultimately the Greens are getting through legislation they've been campaigning on for 30 years.

Mr Peters sums it up saying NZ First doesn't have to agree with the Greens, they just have to work with them - and he insists they do.

While the differences between the three parties are seen as rifts in government, they'll be looking to use them to their political advantage as the election looms closer.