Tens of thousands of Queenslanders are without power this morning with more blackouts expected as continued high winds hit the State. 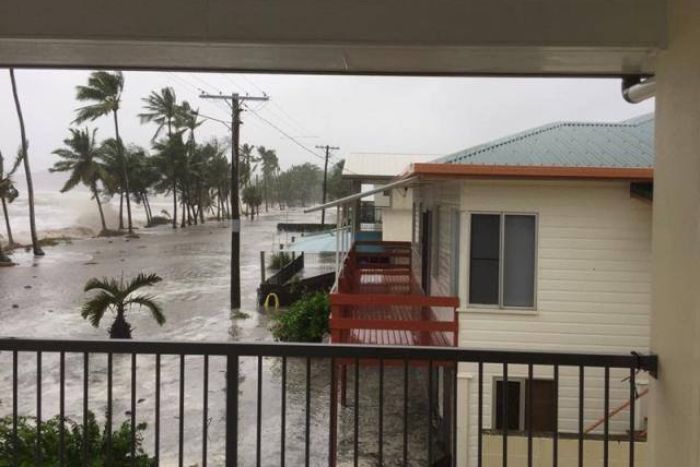 Cyclone Debbie wreaked havoc as it ripped through central and northern Queensland during much of last night with wind gusts of up to 260 kilometres an hour and waves as high as eight metres lashing the coast.

The category four storm has now been downgraded to a category one system and with daylight emergency services will be out surveying the damage.

Residents caught in the cyclone describe the terror they faced.

Australia's Insurance Council has already declared it a catastrophe although it hasn't yet placed a figure on the damage.

She told Morning Report power is out where she is and nobody has been able to get out to assess the damage because it is still dark and too dangerous. 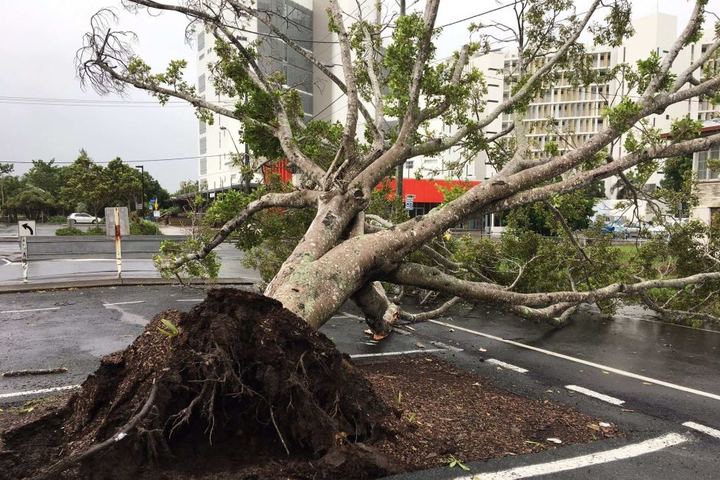 Wind and rain from Cyclone Debbie tore this tree from the ground in Mackay. Photo: ABC News / Melissa Maddison 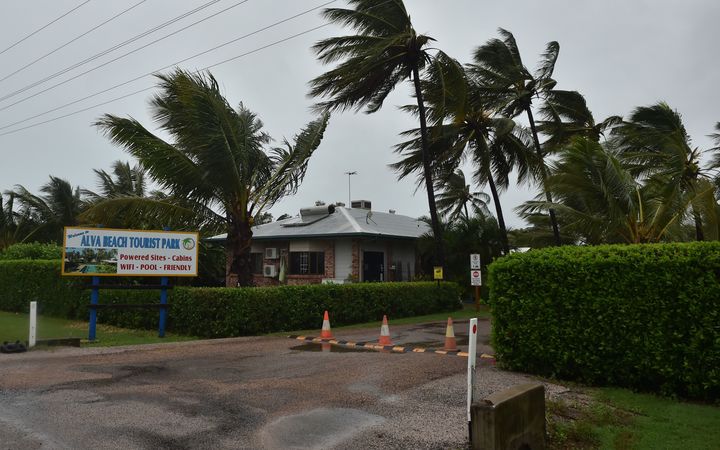 Palm trees blow in the wind in the town of Ayr in far north Queensland as Cyclone Debbie approaches Photo: AFP 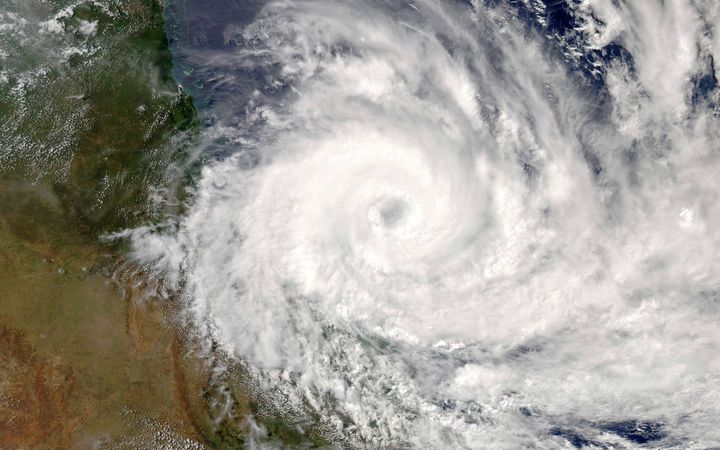 Cyclone Debbie can be seen closing in on the Australian coast in this NASA image. Photo: AFP