Weka could be the key to solve NZ's pest problems

Could weka be a key to helping deal with NZ's pest problem? A new study shows weka eat rodents, rabbits and even stoats, helping to suppress population numbers and protect other wildlife. 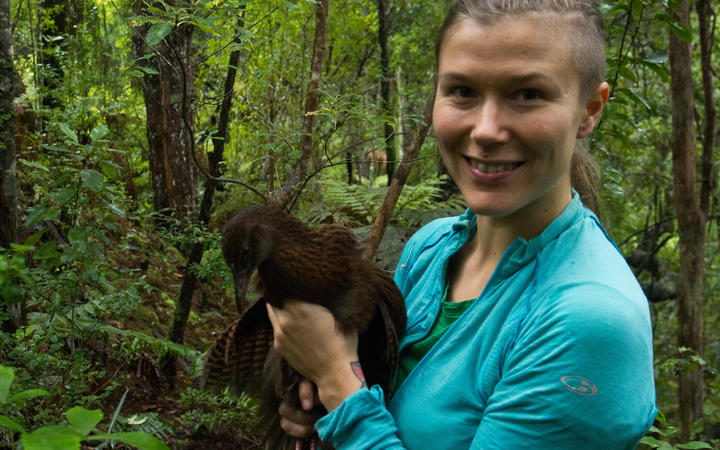 Lead author of the study and post-doctoral researcher for Manaaki Whenua - Landcare Research, Dr Jo Carpenter, told Midday Report: "We were interested in whether weka could be able to help New Zealand out in controlling these invasive mammalian pests".

Those involved reviewed scientific studies to find out about what weka ate to see if they had eaten invasive mammals.

"What we found was yes, there are quite a few studies that have found weka eating rodents, rats and mice and also quite commonly rabbits but also even stoats as well, which is pretty phenomenal."

Historically, Māori introduced weka to offshore islands where they had not existed, as a form of rat control.

"Now, across New Zealand, we still have weka on those islands from those historic introductions."

Weka might be best at suppressing mice, Carpenter said.

"That's because when mice occur without rats or other mammalian predators they can become really hyper abundant... and that often happens in ecosanctuaries... so we wondered whether in those situations ... whether weka could be quite helpful at just providing a bit of extra pressure on that population."

"They definitely have been implicated in eating some of our native, threatened fauna, and in particular, people are often concerned about lizards which have quite slow population growth strategies, and also ground nesting birds like takahē or kākāpō - those kind of species that don't fly, their nests are vulnerable to weka.

"But what our study found was that even though weka have been recorded eating these species sometimes, we don't have good evidence yet to say they cause declines in the species, we really think more research should be done to properly understand if some of these species could withstand a little bit of weka predation.

"Historically, weka were across pretty much the whole of the New Zealand mainland and they were eating species and eating fruits and carrying out all sorts of important ecosystem processes and it's just about recognising that and hopefully looking to the future that weka can be part of restoration projects."