Te Rito - a new bid to boost diversity in our newsrooms

We’ve had too few journalists of Māori, Pasifika and Asian origin in our newsrooms for decades - and now there’s a new publicly funded push to turn that round. Four established outlets are backing the Te Rito Journalism project. How will this work? And what’s the endgame?

It is a new collaboration between four media companies - NZME, Newshub, Māori Television and the Pacific Media Network - actively seeking trainees to boost the diversity of New Zealand newsrooms - and eventually, the news itself.

These are paid positions and the public is paying: $2.4 million to “identify, train, develop and hire 25 cadet journalists”.

The money is coming from the Public Interest Journalism Fund (PIJF) introduced this year by the current government to “provide transitional support to media organisations as the sector evolves in a way that ensures the longer-term sustainability of New Zealand’s media”.

“There is a huge need. The number of applications we have from the industry shows the need to bring more into the journalism sector and train them with hands-on skills they feel they need in the newsroom,“ Raewyn Rasch - head of journalism at NZ On Air - told Mediawatch in July when the funding was announced.

“Māori journalism is at a crisis stage because what tends to happen is that at the moment the only training is by Māori Television who identify some stars from kura, bring them in and then they are poached,” Rasch told Mediawatch.

But Māori radio and TV broadcasters have been publicly funded for many years now - and there’s Te Mangai Paho, a separate broadcasting funding agency.  There are also several journalism schools and tertiary courses around the country already - as well as internship programs at media companies themselves.

Why the need for a new publicly funded scheme?

The problem the project is trying to address is a long-standing one in our news media: too few Māori and Pasifika journalists for far too long.

Auckland Star journalist Gary Wilson established the first cadetships and training courses after he realised there was almost no diversity at all around him in the 1980s.

Less than two percent of New Zealand’s journalists had Māori or Pacific heritage. He created introductory journalism courses for Māori and Pacific students and full-time journalism training at Rotorua and in Manukau.

But even though Māori news and programming began to increase through the 1990s, the Manukau Polytechnic course closed down in 1993.

In 2005, his successor at the Journalism Training Organisation, Jim Tucker, found 12 percent of current students at the 10 journalism schools around the country had a Māori background.

That was a big an improvement, but only 1.6 percent had a Pacific Island background and fewer than one in a 100 students were of Asian origin.

"Little effective effort" was being made to attract them into the media, Jim Tucker said  -- and they turned again to Gary Wilson for advice. He said a Pasifika journalism school would improve the flow of talent.

When Massey University journalism professor James Hollings analysed Census data from 2006 - and conducted his own subsequent survey of journalists - he found the trade still overwhelmingly European/Pakeha.

And when Gary Wilson was honoured with the NZOM for services to media last year, he didn’t mince words either.

“There's a very fragmented, and in many cases relatively amateur Māori and PI range of media organisations that are doing their best  . . . but they aren't co-ordinated enough or funded enough to do particularly well,” he added.

The way they are overseen doesn’t help.

A draft review last year - Te Ao Pāpāho Māori: He Ara Hou - proposed a ‘Centre of Excellence’ for training  to be located within Māori Television.

But prominent Māori journalists and pundits slammed the ideas, which were supported by the former Māori development minister Nanaia Mahuta.

Now a new review is under way under another new minister Willie Jackson (formerly a broadcaster himself and boss of urban Māori station Radio Waatea).

Whatever changes this will bring aren’t exactly imminent - but in the meantime the Te Rito cadetship project is taking applicants to begin training next year.

How will it work - and who’s in charge? 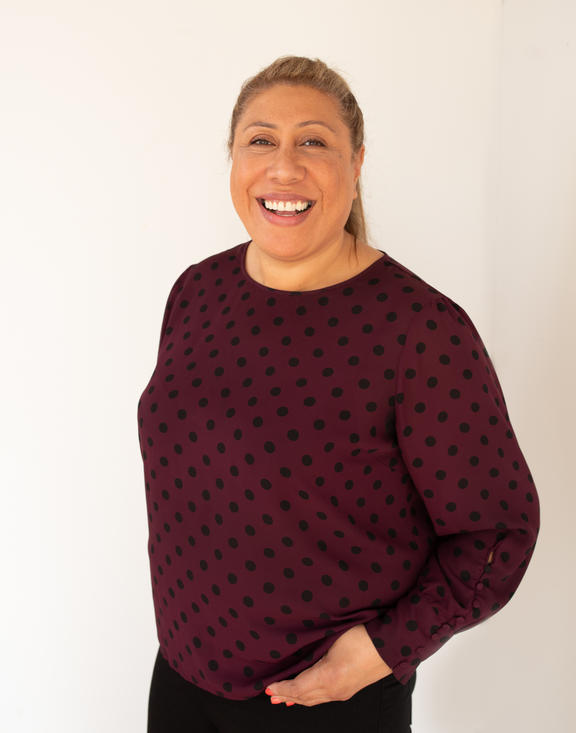 Few in journalism knew of Gesa Luamanu before her appointment to lead Te Rito last week.

“I had reservations about applying for the role because I didn’t necessarily have a journalism background but . . . I have the opportunity to hire the right people to support those elements of the programme,“ Gesa Luamanu told Mediawatch.

Luamanu has more than 10 years in senior content, production, and management roles at Sky TV - and 20 years experience in the media industry.

“I believe in the kaupapa the Te Rito programme stands for. I’ve always wanted to be a journalist but I was always intimidated by the industry. Being Samoan it’s not one of those usual industries or careers that we go into. So I’d love to be part of a programme that supports this change,“ she said.

“We welcome all who offer inclusive and diverse voices. Ten cadets required to speak te reo fluently are earmarked for Māori television and iwi media. The remaining cadets will come from a diverse cross-section of Aotearoa,“ she said.

Former RNZ chief reporter Eileen Cameron has been hired as the lead trainer.

“We also have a team of trainers in newsroom leaders. All these cadets will have a mentor and they will be supported through an 11-week course of journalism basics to their placements in our partner newsrooms,“ she said.

“Our goal is to inject diversity quickly  - and the PIJF allows for that. We have four media organisations who strongly believe in this project and hopefully we can sustain it,“ she said.

The PIJF is also funding several other Māori media projects as well as the Te Rito.

Will it be difficult to staff all these at a time when, according to NZ on Air head of journalism Raewyn Rasch, Māori journalism is at crisis point?

“That’s something to be determined. But but we do have this collaboration with mainstream broadcasters so we do see sustainability,“ Ms Luamanu said.

Long-term change is a bigger picture 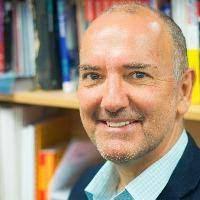 At about the same time the Te Rito scheme was announced in July, a long-serving journalism teacher completed a long look at journalism education and its engagement with te Ao Māori.

Bernard Whelan - a tutor at Massey University’s journalism and communications school, who has also taught at three other tertiary institutions - published a PhD thesis called He Whakangungu Kairīpoata Nō Aotearoa: Journalism Education of this place.

“It’s a great development,“ he said.

“It’s going to provide a  bridgehead for a number of Māori journalists  - and others not represented - in newsrooms,” he said.

“But it’s only part of the fix - and it’s only for two years. What happens then?” he asked.

“There is 30 years of research that shows that Māori and Pacific people don’t see themselves reflected in the media. So why should they go into journalism school?” he said.

Have journalism schools and multimedia and Pacific media failed to deliver enough graduates into newsrooms?

He said journalism schools have been producing Māori graduates every year  - “consistently about 10 percent on average.“

“There could be more - but the bigger problem is industry churn. The industry has to work out how to keep its talent in that environment,” he said.

“Mentoring is going to be critical for this - but it’s more than about having good people. It’s about the environment they go into,” he said.

“I would like to see more Māori  journalism educators and we also need to work more closely with the Māori departments in our institutions,“ he said.

“Tertiary education has a sharp focus on Māori failure rates. I say turn the failure on the tertiary systems which are Western in nature. We can look at how journalism can be practised in a different way. That’s going to take people coming out of programmes like Te Rito,“ he said.