Mediawatch’s weekly catch-up with Lately. This week Colin Peacock talks to Karyn Hay about a reality TV showing us real regional life. Also: another big name in newspapers confronting its racist past; a sudden switch at the top for Sky TV; a ‘ridealong’ report that raised questions. 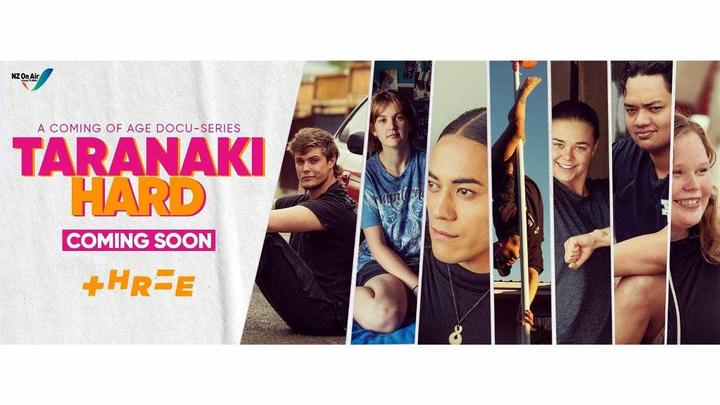 It captures the lives of a bunch of young people (18-27) growing up in the 'Naki today and their parents. They’re very different people with one thing in common: their town Waitara, its comforts and limitations.

There’s nothing really new about fly-on-the-wall docos turing the lens on ‘ordinary people’ but this is a new approach I haven’t seen on TV here before.

For a start, it isn’t just point, shoot and harvest the best bits of fly-on-the -wall footage. It’s highly produced and the subjects are very self-aware and aware of how the production is playing out.

For The Spinoff, reviewer Chris Schultz nails it:

"That social media savviness and reality TV readiness is on display constantly in Taranaki Hard, with many of the show’s stars seeming to know exactly what the camera wants from them.  . . . So fully formed are Taranaki Hard’s subjects that it can often feel like you’re being introduced to the cast for a new Kiwi drama show, not a documentary on supposedly everyday New Zealanders."

Also, it’s a window on the world of life in small town / regional New Zealand that's absent most of the time in our metro-dominated media, and on TV in particular. (Another rare exception was the drama that ran in the same slot on Three earlier this year, Head High).

When fly-on-the-wall TV docos kicked off in the UK in the 1990s, some were great and you could see why the world copied them.

But some ordinary people in them became really famous and after a while people in them were basically auditioning rather than being themselves. (The GC?)

At the start Taranaki Hard part one, I feared this was the case because first up we saw the most outgoing characters.

But it quickly became obvious that’s not the case. Stuff reviewer Deanna Coster  - a Waitara native - also gave it a thumbs-up on that score.

Other local docos and reality TV shows have allowed the subjects to ‘fill in’- the weight-loss shows Big House and NZ’s Biggest Loser spring to mind. But Taranaki Hard takes it to a new  - and better - level.

LA Times confronts its racist past

This week Stuff apologised to readers and Māori for racism and racial bias in its journalism in the distant past right through to the present day. It has launched a new Charter and promised to fix the problem. We’ll look at that in detail in Mediawatch this coming weekend.

But it prompted me to take a look back at how some US papers responded at the height of the Black Lives Matter upheavals recently in the US - by doing similar audits of their history and output.

The Columbus Dispatch - described as “Ohio's Whitest Home Newspaper” - withdrew some editorials and apologised for them - and promised to moved to change its governance and staffing.

The LA Times went further.  Like Stuff, it audited decades of its output for racial bias before apologising to citizens and promising to plot “a path forward.”

The LA Times is making good its pledge to reflect the city it represents, but with LA’s extremely diverse and mixed population that will be complicated.

But when reporters went back through the archives they discovered the anti-Asian / anti-Chinese sentiment was the most stark.

In the late 1800s, editorials and article warned darkly about “the heathen Chinese.” Small perhaps wonder that it  was only in 1979 the first Asian-American reporter entered its newsroom. Andrew Chen, stunned to be called “Charlie Chan” by his new colleagues.

It wasn't until 1996 the paper appointed its first Asian-American newsroom editor.

Now it has its first Asian-American owner.

In an open letter to readers, he said confronting the injustices of the past led to meaningful change in South Africa, where he grew up after his parents fled China in World War Two.

In more ways than one: if you need readers and customers you can’t alienate entire ethnicities - or even potential saviours.

Sudden change at the top of Sky 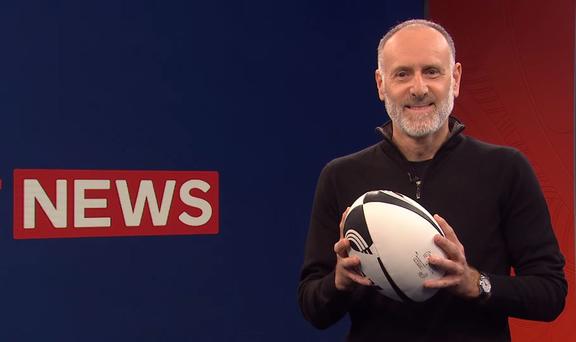 Sky TV sprang a surprise on Tuesday announcing current CEO Martin Stewart is stepping down and returning to Europe.

Martin Stewart came from the UK when he took over from Sky’s longtime boss John Fellet in 2018.

It’s been a tough gig with the urgent need to reshape the business around video and demand and the changing market for Pay-TV. And then Covid kicked in, turning the business on its head when the live sport many of its most-watched channels depend upon ground to a halt.

"The likelihood of continued border restrictions has contributed to my decision to return to Europe," Martin Stewart said in Sky's statement.

That sounds like the “spending more time with family” sort of explanation which is often used to camoflage other reasons. 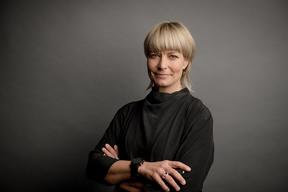 The fact that a new boss takes over immediately points to the possibility he may have been pushed?

Stewart's departure has "accelerated the company's succession planning process” with a new boss taking over “effective immediately", the company said.

As the Herald’s Chris Keall pointed out the share price has remained stubbornly low in spite of his reform of the company.

Sinead Boucher, the owner of Stuff, is the only other female media CEO right now. RNZ has had female bosses in the past - Sharon Crosbie and Beverley Wakeham - and more recently Jane Hastings was the CEO for four years at NZME, owner of the Herald and half the country’s radio stations.

Sophie’s background is in law. She joined Sky as General Counsel in January 2018 and was a part of the legal and business affairs team at Sky in the UK and Middle East before that.

Oranga Tamariki back in the frame

Last year Newsroom’s Melanie Reid and her video expose about Oranga Tamariki ‘uplifting’ a newborn baby triggered a wave of condemnation and concern about the practice. It emerged that the bulk of such uplifts are from Māori whanau.

OT complained about “significant misrepresentation” but It sparked several inquiries and reports into the practice.

Last Thursday a new Newsroom documentary ‘‘Oranga Tamariki: The new wave of trauma’’ showed  the removal of four children by OT two years after they had been placed by social workers in what was to be their ‘‘forever home.’’

It was removed from the website, along with two related stories after an interim injunction from the High Court over Crown concerns the children could be identified.

Newsroom will challenge this in court later this month - we’ll be looking at all that on Mediawatch.

Oranga Tamriki and its supporters have previously argued privacy is the reason they can’t talk about cases which might show their work in a different light.

“Earlier this year Oranga Tamariki gave writer Virginia Fallon unfettered access to their work as they tried to find out who was telling the truth in the case of a 11-year old boy who was removed from his parents - eventually.”

Was this the missing ‘other side’ of the story the public needed to know?

Other journalists’ opinion were divided.

“This side of the story has been too long coming in the coverage so far,” said Stuff’s journalist Tony Wall on Twitter.

But others had reservations about OT’s role in it.

The most vocal critic was Aaron Smale, a journalist dedicated to writing children in state care. (We interviewed him about media’s role reporting this recently on Mediawatch).

“This is PR masquerading as journalism . . . and white middle class voyeurism to boot,” he said.

He said the dad who emerged as the villain of the piece should have been quoted. (easier said than done).

“In my experience, this access is always about manipulation not transparency. The journalist is honourable and raises important questions. But she’s still shackled by what OT allows her to witness,” she said on Twitter.

“I’ve done plenty of those sorts of ‘exclusive access’ stories before. Only with time and distance from the pressures of the news cycles do you realise the sort of Faustian deals they can be and why we need to think hard about how we manage that,” she said.

There’s no harm in doing ridealong-style stories but in all cases as much as possible about the conditions and the level of oversight the authorising agency has over the journalist and what they witness and how they are able to work having given consent.

I don’t think the paper was clear enough about that.

The story was presented as a telling of the social workers’ dilemma, with a frontpage headline: ‘Have I made this family’s life worse?’) And the posed photos of the social workers are jarring when you consider that no other participants in the story or other element of the scenario could be depicted.