Lifting the lid on abuse in state care

Recent media revelations of alleged abuse at Dilworth School came as a shock to many people, but not those who know the history of abuse of children in state care, finally being aired in public this week before a Royal Commission. Mediawatch asks a journalist who’s lifted the lid on historic abuse why it’s taken so long for the story to be told in the media. 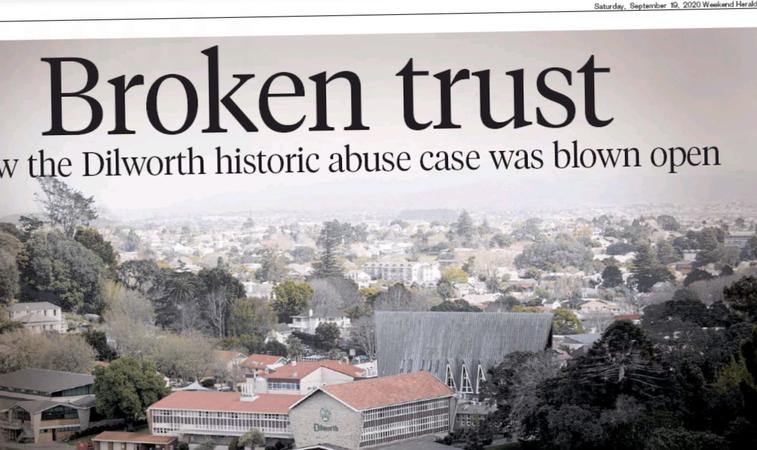 The Weekend Herald tells the story of how the alleged abuse at Dilworth School finally came to light. Photo: photo/ RNZ Mediawatch

The shocking news about the alleged abuse of children at Dilworth School broke on 14 September.

It was founded more than a century ago to give boys from deprived backgrounds an elite education their families could not otherwise afford. In a New Zealand Herald investigation published earlier this month on the wealth of private schools, reporter Matt Nippert found Dilworth way out in front with over $900m of assets in total. It also had the best-paid senior staff.

Reporters were told the alleged abuse was historic and none of the men charged were still at the school, but police detective sergeant Geoff Bayber said the investigation was not over and urged those with more information to come forward.

Dozens of people did contact Police - and some contacted the media. 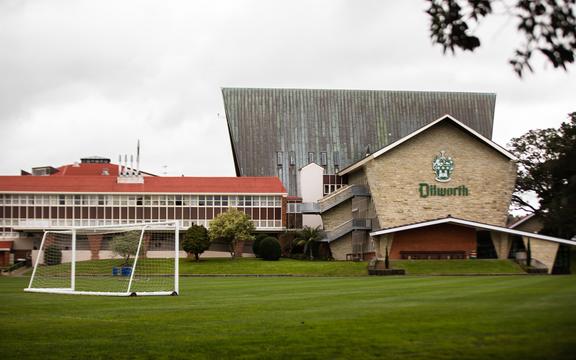 “It was predatory. You hoped you didn't get picked out,” a former pupil told a Newstalk ZB phone-in.

Another old boy, Steven Gray, told RNZ’s Charlotte Cook people in charge have known about the offending long before the news broke this month.

Another man - aged 60 - was charged with assault and indecency offences after the story broke.

In the Weekend Herald, social affairs reporter Isaac Davison revealed the alleged offending continued until late 2008. The Herald’s Natalie Akoorie reported one of the seven men arrested was still a registered teacher - and still teaching at Dilworth School until March this year.

Last Thursday, Isaac Davison reported another former student saying he was sexually abused at the school back in the 1950s. At the end of the story there also a plea and a promise from the editor of the Herald Murray Kirkness.

“We want you, our readers, to know that the Herald will follow this story wherever it leads. We have a team of journalists prepared to investigate and we want to hear from you,” he wrote. 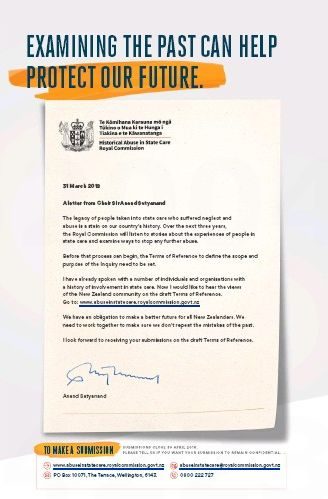 But for those following the Royal Commission of Inquiry into Abuse in State Care, the Dilworth story is just another chapter in a longer tale.

Public hearings disrupted by Covid-19 resumed in Auckland this week.  While they have been well reported, abuse of kids in state and school care over decades went largely unreported around the country over decades.

One journaIist who has lifted the lid on that is Aaron Smale (Ngāti Porou), winner of this year’s Voyager Award for feature writing, who is also now doing a PhD about Māori children in state custody.

In an article for Mana magazine in 2015 called Inside Out he showed how time in care homes was a common factor for many Māori men serving time in the countries' prisons.

He reported on abuse in care homes and Lake Alice psychiatric hospital. The following year, RNZ published his investigative report Justice Delayed, Justice Denied which revealed that parts of a critical report calling for an inquiry were held back from public release.

This helped kickstart the Royal Commission in 2017, but in his own submission to the Commission a year ago Aaron Smale said the media hadn’t been as effective as they could have been.

“In my view the media are still yet to grasp the significance of the impact of state abuse, particularly on Māori,” he said, adding he had encountered indifference from some media on the subject. 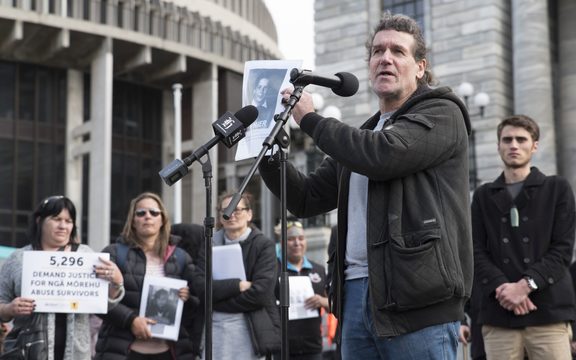 Keith Wiffin at a protest at Parliament calling for an inquiry. Photo: RNZ / John Lake

“There’s a lot of reporting about Oranga Tamariki at the moment but a lot of those kids that have been picked up are the mokopuna and the grandchildren of those have gone through this. There’s a whole lot of linkages and I think the media is not picking up on some of those connections,“ he said.

“There’s a lot to catch up with. I’ve been fully immersed in the subject and there’s so much to get your head around across generations. It’s extremely significant,” Aaron Smale told Mediawatch.

In his submission to the Royal Commission, Aaron Smale praised the advocacy of Keith Wiffin, a survivor of abuse in the now-notorious Epuni Boys’ Home, for “building relationships with the media,” 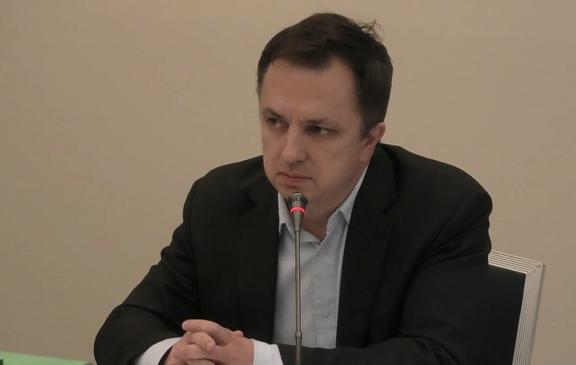 Have the media failed to connect with survivors and people less able or willing to reach out to the media?

“You can go onto any media site and type 'gangs' into the search engine and thousands of stories will come up. If you go through them there’s only a handful of people that are spoken to. Gang members themselves are rarely spoken to,” he said.

“Every newsroom’s got contacts list but I don’t think many have contacts from within that sector,” he said.

Do they trust the news media?

“When the media is constantly beating up on them, why would they?” he said.

“It took me a while to establish trust because all they see is the institution. I’ve got to get over that and that’s my job,” he said.

Aaron Smale told the Royal Commission last year writing for Mana had helped him open up the issue.

“This gave me the freedom to look at these issues from a Māori point of view, rather than having to bend them to what major media outlets thought a majority audience would consume. However, I realised it was Pākehā who needed to hear the stories I was telling,“ he said in his submission.

“You didn’t have to explain the significance of the story (to Mana). When I came to RNZ - which was better than other outlets on this - the difficulty was convincing or trying to explain to my bosses and editors how important this was,” he told Mediawatch.

“The Dilworth story has blown up and there have been charges laid. It was interesting to me that the Herald said they’re going to put a team of reporters on it and follow this wherever it leads,” he said.

“I support that  - and those victims deserve that kind of coverage. But explain to me why those who went through a whole network (of care homes) like Kohitere - with multiple allegations against multiple perpetrators - haven’t had that,” he said.

“It seems to me we have this issue of state abuse out in the open now - and that raises some uncomfortable questions for me about what it is media give priority to,“ Aaron Smale told Mediawatch.