Midweek Mediawatch: debate over debates - and political parties 'faking it' 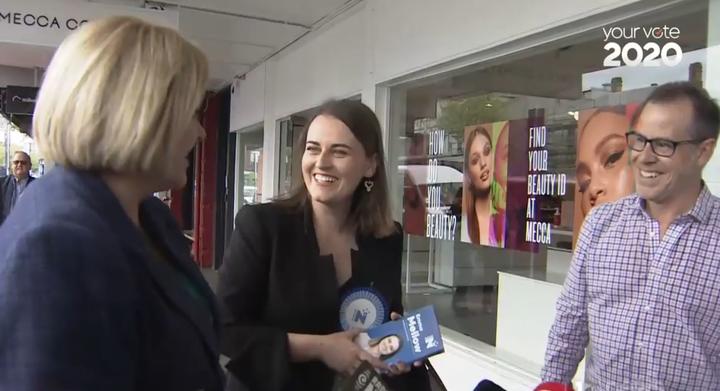 Stuff defies critics down on debates 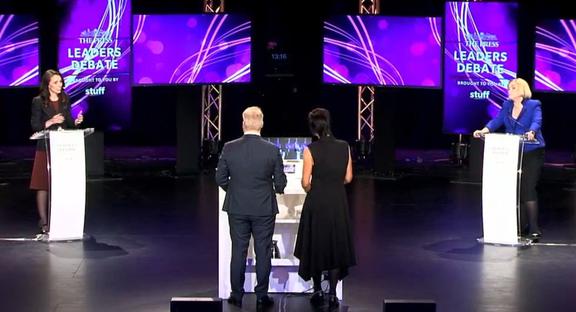 After Newshub’s Jacinda Ardern vs Judith Collins debate last week and the TVNZ debate the week before, the critics seemed pretty down on the whole concept of TV debates.

The Press leaders’ online debate on Tuesday probably didn't get anything like as much of an audience because it was streamed live on the Stuff site and app rather than on free-to air TV - though many more people could have watched on TV via the Play Stuff service and app on smart TVs and Freeview.

But it’s a shame it wasn’t as widely watched. Maybe in 2023 streaming habits will have caught up?

Steve Braunias reckoned it was boring and a debate too far in a campaign everybody wishes was already over (fair point) but the Stuff events team put on the best debate so far - and easily as good as anything on TV.

It was also different.

For a start, it was the only one in South Island and the only one with a live audience. It looked like the kind of campaign event that we haven’t been able to have under level 2 and 3 restrictions.  Political scientist Dr Bronwyn Hayward said on Morning Report it felt like a post-covid celebration of public life in Christchurch.

It was hosted by people not over-familiar from TV: Stuff’s political editor Luke Malpas and The Press Kamala Hayman. (Judith Collins kept calling her ‘Camilla’)

In house pundits were also not drawn from the familiar set of Auckland / Wellington based ones we usually hear from. Lee-Ann Watson from the Canterbury Chamber of Commerce and politics lecturer Lindsay te ata o tu MacDonald.

Viewers were able to submit questions via questions via Slido, an online platform for live events which also offers interactive Q&A and live insights from the audience. 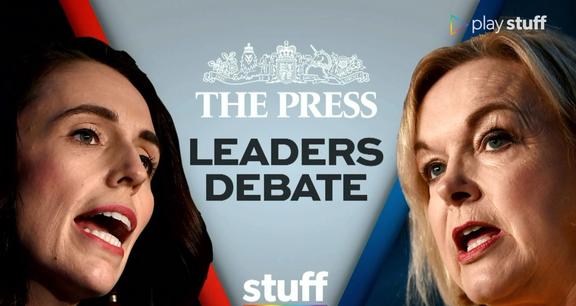 Other differences: no ad breaks, but a 15 minute half-time break which was a great idea allowing hosts, leaders and viewers to reset.

The hosts arranged questions into five topic ‘blocks’ based partly on readers’ responses  - though inevitably, they overlapped.

There was useful discussion about climate change and environment responses.

But the best stuff was the local issues like the debt crisis at Canterbury DHB. (John Campbell also raised this in the TVNZ debate and didn't get much credit.)

Judith Collins was warmly greeted at several places in a Ponsonby Road walkabout today by fans telling her she was doing a great job -- but many were planted there by the party.

A couple of them were longtime party people including Hamish Price, instantly identified by reporters. TVNZ's Benedict Collins confronted him and he seemed unwilling to give his name. Awkward.

National is tonight saying it’s a beat-up by the media to make this headline news. Maybe so. And these events are photo opportunities like many others which are staged - in part - for the media's benefit.

And it is relatively trivial given what's facing the next government of course.

But if you get busted by the media trying to manipulate the media, you can;t be surprised if they make a meal of it.

Media and public alike will be asking themselves from now if any adoring fans and supporters they see in the news are real or 'plants'.

Judith Collins is not the only party leader facing awkward questions about fake supporters in their electioneering.

Once in heavy demand as a pundit, the one-time Green Party hopeful - who was also unsuccessful in bid for National Party candidacy in 2018 - virtually vanished from the media scene as his party struggled to make an impact after being trumpeted in early 2019 as a possible ‘path to power’ for National.

But he was in the headlines this week after RNZ reported a woman featured in one of its ads was not “small business owner Jill” but Mr Tava’s partner acting the part.

When approached by RNZ, Tava said he did not believe the ad was misrepresentative.

"We're not selling a product, and it certainly hasn't purported to be a documentary," he said.

"We haven't made any statements that these are genuine people talking about their genuine businesses or other practices."

That is true - and other political party’s ads are clearly very contrived and feature people acting the part.

He also said the script was based on “an amalgamation of conversations with real people,” he told RNZ.

But Sustainable NZ was last in the headlines in February when the party's former secretary Helen Cartwright told Newshub she was asked to doctor membership records so the party could be registered. 500 paid-up members are needed to be an official political party Cartwright's audit found they were 35 short.

If a party that has struggled for members is also creating bogus supporters who don't really exist for ads, it further dents the credibility.

Here’s another ad on the party’s YouTube channel featuring a ‘retired couple’ which support the party meeting the leader at the front gate:

The party not only has problems finding camera-ready supporters, it has also struggled for candidates. Only 11 - mostly in Auckland - are standing at this election.

The Spinoff reported last month that Sustainable New Zealand has spent $6000 on Google advertising but its YouTube channel has 153 subscribers.

Vernon Tava has a long way to go to make his party a political force and these unconvincing ads won’t help.

But if the man alleged to be ‘Merv’ survived talkback-gate, maybe there’s hope?

"Should we feel empathy for one of the most unempathetic people in the world?"

"Yes, we should. His presidency has done violence to many concepts of morality but we should wish sickness on no-one, and resist the temptation to sanitise a shabby sense of schadenfreude by talking warmly of karma or comeuppance."

Not the view of the Guardian's cutting columnist Marina Hyde: Trump joked while people suffered with Covid. Well, is now the time to stop?

I'm against all forms of the death penalty, karmic or otherwise. Jokes, though? Oh, jokes are very much permitted at this stage. I consider myself deeply pro-joke, for moral reasons. I appreciate that the Old Testament isn't exactly a gagfest, but I believe in a joke for a joke, you know? And no one - NO ONE - has told more jokes about the coronavirus than Donald Trump. He would surely want us to follow his lead."

She took aim at the mock shock of those by outraged by the disrespect:

“It’s quite a spectacle . . . .watching people who only a couple of months ago were threatening revolution over their constitutional right to get a haircut or something, but are now calling for the smelling salts over mere discussion of the president’s health.”

A lot of media people have weighed up whether it is appropriate to make jokes about his condition.

Here, Stuff's Alison Mau responded to a tweet asking "is he dead yet" with "I keep refreshing the browser but so far  - no" - which triggered Magic Talk host Sean Plunket - who thought it was inappropriate for a Stuff employee to say that.

"Donald Trump isn't Hitler or the Christchurch terrorist - what sort of person wishes suffering on another human being?,' wailed Duncan Garner yesterday

A few people came up with this pointed gag online:

Trump is in THREE high-risk groups:

He's old.
He's obese.
And, according to his tax returns, he's low income

To which was added:

And based on his self tanning regime, a PoC. pic.twitter.com/15U1tiqme6