Mediawatch’s weekly catch-up with Lately. This week: The 'big debate' debate, a revealing political poll, more Patrick Gower and more weed; some unpleasant fallout from a broadcasting complaint; cranky columnist facing a big bill - and house prices soar as economy tanks but is it an election issue? Not one but three live election debates were held simultaneously last night: a finance leaders debate live-streamed by Newshub, a Hui debate featuring candidates for Waiariki and first Arden vs Collins head-to head live on TVNZ1.

It was the latter that got the big audience  - an average audience of 657,800 and an 62,000 live streams according to TVNZ - and it got the biggest media focus.

TVNZ timed its new Colmar Brunton poll to increase the drama but paradoxically the most interesting result were the gains for minor parties - whose leaders were not on stage with John Campbell last night.

The Arden vs Collins debate fell a little flat, prompting critics to wonder what live debates are for and whether they help undecided voters make up their mind.

It'll be interesting to see if Newshub changes the recipe on Sept 30 next week.

Newshub typically hypes up the results of its political polls too, often breathlessly overstates the significance of them - and we tend to point that out on Mediawatch from time to time when it happens.

This interesting analysis suggests TVNZ and Newshub should report the "estimated range of party support rather than a single figure. They could also disclose the response rate (likely to be under 30 per cent), and provide a full disclaimer about the limitations of polling. But that would mean less sensationalism."

But the poll in Auckland Central for Newshub Nation last weekend was very different.

For a start, they held back the results til halfway through the show - after a long debate between the candidates for Northland.

Reid Research interviewed 532 people in the electorate via landline, mobile, online and on the street in the first and second weeks of September.

The poll gave Labour's Helen White a big lead which will be hard to overhaul if its accurate - but one in five still have to make up their minds and tactical voting could still be important. 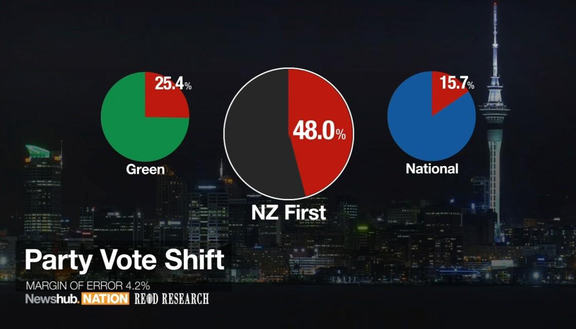 Newshub Nation will be doing more polls in other so-called ‘battleground’ electorates - it would be good if they're as enlightening as this one.

House prices, cost of housing up. An election issue? 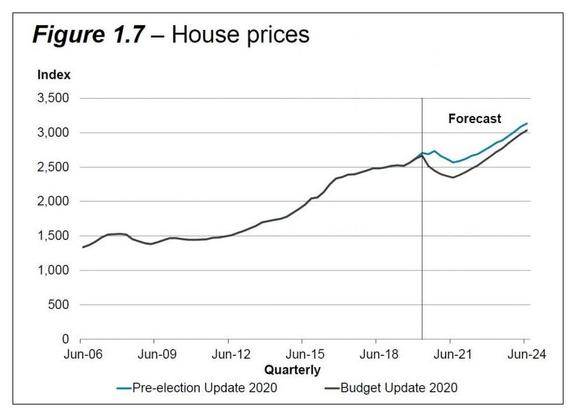 Labour’s Helen White told Newshub Nation the Greens’ wealth tax policy was “completely insane.” Her parents whose home is now worth $2m and they would have to pay “extra rates.”  Then she went on to say she was in favour of taxing wealth but “only done the right way.”

Such dismissiveness was surprising in the light of criticism of Labour's tax policy that only touches only the top two per cent of income earners - and news that the Treasury believes house prices - along with unemployment - will keep rising and “support” the economic recovery.

That's bad news obviously for those without houses of their own - and declining sources of income. Jacinda Ardern has already taken CGT off the table while she is leader - so this will be a sore point for some voters - including Labour supporters.

Also, Newsroom's Dileepa Fonseka pointed out this week part-charging for emergency housing (motels etc) kicks in two days after the election. It's one of several recent stories about the dire housing situation he has written.

NZME’s online property platform OneRoof reported that in Auckland, the mega-wealthy and well-to-do have not enough homes that suit both their needs.

"Ray White Remuera agent Steve Koerber had a client who had a premium $30 million offer on his house but rejected it because he didn’t know where else he would go, and another client had an offer just shy of $20 million who went out shopping but couldn’t find anything else so decided to stay put.

“News that house prices are rising again has prompted some entirely reasonable anger about the way traditional solutions to an economic crisis benefit the wealthy,” said Herald business editor Liam Dann, who reckoned this is an issue to be tackled now.

“Things like a capital gains tax might not be silver bullets but a more balanced tax policy is one of the fundamental issues. I don't pretend to have all the answers but I do believe there are answers. We need to start talking about them. And we need to be ready to enact them when this economy gets out of intensive care."

However, on Nine to Noon’s politics slot on Monday, pundit/lobbyist Neale Jones (from the left) said not to hold your breath:

“There is a recipe right now for massive inequality in the next term of government. Both National nor Labour are inadequate in their polities for dealing with it. the oublic mood isnlt there yet for big change," he said.

If experts can see the issue looming, as he said, but neither the public or most political parties have any appetite for talking about it, will the media put the issue on the table and force candidates and parties to address it before October 18?

The latest installment of the heavily-promoted NZ On Air-funded ‘Patrick Gower’ screened on Three on Monday - with less than a month to go before the referendum.

A year ago Part 1 was a good insight into the beginning of the medicinal cannabis industry, its potential and what cannabis can and can't do for people who are ill. Part 2 explored "the cost to society" and options for regulation.

A year ago Part 1 was a good insight into the beginning of the medicinal cannabis industry, its potential and what cannabis can and can't do for people who are ill.

Part 2 explored "the cost to society" and options for regulation. Both drew huge audiences but this time I haven;t had a boastful press release from MediaWorks so maybe this one wasn't such a smash hit.

Some unpleasant fallout from a broadcasting complaint

Sorry, not sorry: Mike Hosking in 2018 - hitting back at the broadcasting watchdog. Photo: screenshot

Last weekend on Mediawatch we looked at how the broadcasting watchdog upheld a complaint Newstalk ZB’s Mike Hosking making misleading comments about Covid-19 death rates - not for the first time.

And  - it’s not the first time Mike Hosking’s contestable opinions have featured on Mediawatch.

“I like your programme but you are obsessed with Mike Hosking. He must laugh every time he hears you devoting so much of your time to him. Mike is going to reign supreme for years. Get over it,” one listener from Hamilton told us.

Fair enough. But as we pointed out (and the BSA too) Covid-19 is a matter of high public importance where the facts matter.  And in the end, it’s not about Mike Hosking. It’s about the broadcaster’s responsibilities.

As some pointed out last week, headlines like Broadcasting complaint upheld against Mike Hosking were wrong. The complaint was upheld against the broadcaster Newstalk ZB and its owner NZME.

And NZME’s boss had made a public pledge to uphold high standards of news and information about Covid-19.

Anyhow . . . the complainant was criticised by Sir Bob Jones in a column on Cameron Slater’s website the BFD as “a snivelling bleak miserable sod.” After which people posted comments publicising the full name and visited her Facebook page and criticised it because it was not set as ‘private.’ 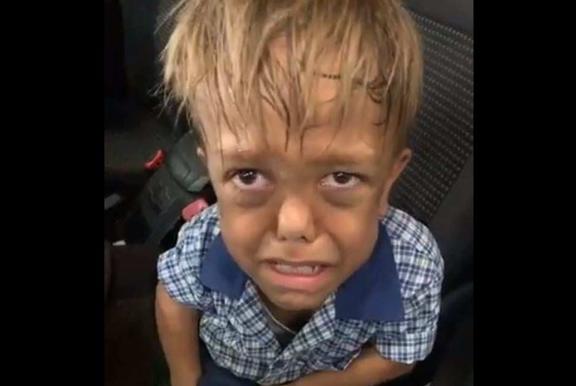 Back in March, the Herald re-published an opinion piece from Rupert Murdoch’s news.com.au across the ditch which I thought was the worst I’d read that year so far: Real reason Quaden Bayles' family rejected Disneyland trip.

Quaden Bayles is a nine-year-old Indigenous Australian with dwarfism. He went viral when his mother posted a video of the boy crying and saying, “I want to die right now” after he’d been bullied.

The video had 25m views before it was deleted - after which $700,000 was raised to send him to Disneyland. But the family turned the trip down and donated the money to anti-bullying charities.

“The reason why is sickening,” wrote Angela Mollard - a New Zealand Herald journalist back in the 1990s.

“Denying Quaden his trip . . . is tantamount to letting the bullies win. You have to wonder whether this outcome might stop celebrities responding similarly in the future," she wrote.

But if criticising the family was out-of-order, News Corp’s cranky contrarian columnist Miranda Devine - who casts herself as "a truth-teller" went further.

With  no evidence at all, she suggested Quaden’s claims of bullying in “fake sobbing video” could be a “scam.”

Classic punching down - but Quaden's family punched back.

His mother has sued for defamation in the Federal Court against both Devine and News Corp, which is pointedly not defending Devine.

In February this year I posted some comments on my personal Twitter account about Quaden Bayles and his mother Yarraka. I now know those comments were hurtful and untrue. I sincerely apologise to the Bayles for those comments.

Remains to be seen if that mea culpa brings down the cost of the expected settlement - or the damages that would follow if it goes to trial.

Either way it should be enough to get him to Disneyland - without any celebrities footing the bill.

All this hasn’t damaged Miranda Devine's career so far though. She currently on secondment in the US, writing for the tabloid New York Post (Prop. Rupert Murdoch).