Mediawatch's weekly catch-up with Karyn Hay on Lately. This week Colin Peacock chats to Karyn about the tricky task of keeping the focus on the victims  - and not the killer or the crimes - during this week's sentencing in Christchurch.  Also: fresh election content coming thick and fast - and sports pundits telling it like it really is. 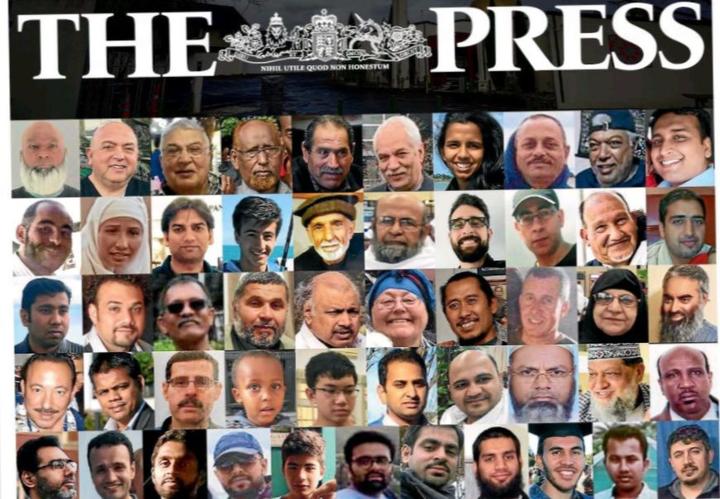 The Press on Monday carried images of all 51 victims. Photo: PHOTO / RNZ Mediawatch

The sentencing of Brenton Tarrant have been a challenge for media.

People want to see “justice being done” and expect the media to pay their part but many people don't want to hear about the crimes all over again or see much of the guilty man - whom Stuff has pointedly referred to as “the terrorist.”

To complicate matters, there were newsworthy details revealed by Crown prosecutor Barnaby Hawes. Tarrant planned to burn down the mosques and was heading for another one in Ashburton before he was arrested. Also it may be the first time anyone has been sentenced to life imprisonment without parole.

TV news reports on the major networks were thoughtfully done by the likes of Christchurch reporters like Lisa Glass glass of TVNZ and Newshub's Annabel Tukia who reported on March 15 2019 as well. The victims’ statements have been at the heart of their coverage from court - not the details of what Tarrant had planned.

However, the media did not have a free hand to report the sentencing. Earlier this month Justice Mander issued a minute outlining media coverage restrictions.

He acknowledged “the professionalism shown by the journalists who have been present in court over the past year and who have abided by the necessary prohibitions on publication.”

“There can be no doubt that the first sentencing for offending against New Zealand’s Terrorism Suppression Act 2002 is of significant public interest. The Court is also aware of the need to take what steps it can to minimise the re-traumatisation of victims and their families and avoid, to the extent possible, the hearing causing further potential harm,” he added.

"The Court also has a duty, particularly in the context of offending against the Terrorism Suppression Act, to ensure it is not used as a platform and is obliged, to the extent possible, to prevent it being used as a vehicle to cause further harm."
Justice Mander  - Conditions of media coverage and remote accessing 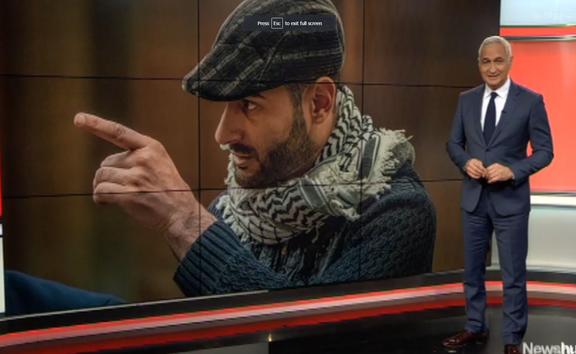 That's why there has been no live reporting of the sentencing, only recaps after the court adjourns in the middle and at the end of the day.

The defendant may be filmed only when giving evidence or when sitting in the dock for the first 15 minutes of any sitting day, but not when, during that period, a verdict is being taken or a sentencing is underway.

Only one videographer and one still photographer are permitted in the courtroom at any time and all other media have access under a pool arrangement.

Accredited news media will only have access to recordings of the opening of the sentencing hearing, with the defendant in the dock; the reading of the summary of facts; the presentation of submissions; and - when the time comes - the delivery of the sentence.

Victims who elect to deliver a victim impact statement had an automatic right to elect not to be identified, recorded, filmed or photographed.

Only those victims who have given their express consent are to be photographed, filmed or recorded in court delivering their victim impact statements. Victims’ decisions in this regard were made available to media before the commencement of each session.

WATCH: A heartbreaking statement read by the father of Atta Alayan, one of the 2019 Christchurch terror attack, as the sentencing hearing begins for the man who killed 51 worshipers during Friday prayers pic.twitter.com/mmbmbZezPY

Overseas media were only be permission if they "formally agreed to be bound by all court orders and New Zealand law, including the laws of contempt of court, and sub judice, and which govern publication of the content of the proceeding and the identification of participants as if they were enforceable in the country in which they operate.”

Foreign media reporting of this I have seen has also been responsible, making the victims’ families a focus - and not dwelling on the killer or his plans.

BBC news made a video with Hamimah Tuyan who lost her husband in the attacks and travelled from Singapore for the sentencing:

When major media organisations agreed a set of ‘protocols’ last year for covering the trial, they agreed the accused's manifesto would not be detailed and “we will not broadcast or report on any message, imagery, symbols or signals made by the accused or his associates promoting or supporting white supremacist ideology.”

In part this was influenced by Andres Breivik grandstanding in Norway - no-one wanted to see a repeat of that.

The editor of Norway’s biggest paper told Mediawatch last year they covered two court appearances in full and he did not regret it because Breivik appeared as a much-diminished figure.

But some journalists and commentators here felt our media joint agreement was unnecessary self-censorship.

In the end, Tarrant pleaded guilty so there was no trial - and coverage of the sentencing hearings from Monday has been - by and large - muted.

TVNZ today confirmed its debates schedule for the General Election with broadcast dates shifting back a month .

Now that the election has been pushed back four weeks, those making the media's special election stuff have more work to do.

Magic Talk’s Road to the Election radio show runs of two hours each Sunday - and it began back on July 2! 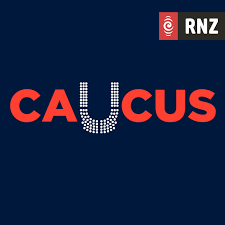 RNZ’s election podcast Caucus is back too -- just like last election with the same RNZ crew but with the addition of PR person Scott Campbell.

Stuff recently launched its own podcast Tick Tick. The latest one sidesteps the headline making campaign stuff to look at the question of foreign interference in our election.

In the latest one about the possibility of foreign influence, hosts Adam Dudding and Eugene Bingham discovered that some New Zealand media outlets have been brought back from the dead by a network putting out pro-India propaganda which created these websites for defunct NZ media outlets  - to make it look as though legitimate offshore media outlets were spreading news favourable to them.

Stuff has also launched a fact checking series called The Whole Truth, which claims to be more than a reactive analysis of politicians’ contested claims after they’ve been made.

“We won’t just be on the look out for fibs, and we won’t wait for the politicians to decide what should be discussed. We’ll be tackling the key issues and big debates of this election more broadly, giving a full and clear account of each.”

It kicked off last week looking at how New Zealand has fewer ICU beds than comparable countries, meaning our health system is more at risk of being overwhelmed by the coronavirus. 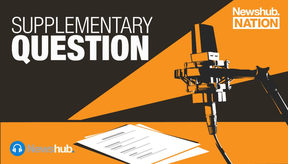 Also one new political podcast that’s not specifically election-related but worth a listen is Supplementary Question by Newshub Nation digital producer Finn Hogan.

He kicked it off with a look at an issue of major concern to journalists - the shortcomings in the OIA which is up for reform, but may not end up being any better.

On Monday morning, there were few tears shed for the losers of European Champions’ League football final in Portugal. Paris Saint Germain is the most hated club in Europe because it is the property of state-owned Qatar Sports Investments which fans say has has bought its way to the top in an exercise in “sportswashing” Qatar and its rulers.

To get to the final, they had to beat the second most hated team in Europe, Germany’s RB Leipzig a corporate promotional vehicle for Red Bull.

When PSG won that game, the Guardian’s Barney Ronay summed it up as Soft Power 3, Soft Drink 0.

TV companies who have paid a lot for the rights don't often point out this sort of thing, but on Irish public broadcaster RTE during the build-up, former player-turned-pundit Richie Sadlier gave this one-minute summary of why you might want to turn off.

'A marketing strategy for a drinks brand' and 'far worse' - Just why are #Leipzig and #PSG so unpopular? @RichieSadlier explains #RTESoccer #RTESport #UCL pic.twitter.com/ZAl1iEAadu

Usually sportspeople are respectful of their opposition. Not British snooker player Ronnie O’Sullivan last weekend - who gave the BBC this verdict on some of the players he comes up against.

And ex-Phoenix goalie Liam Reddy was pretty blunt about getting thrashed by Melbourne Victory on his birthday earlier this month.

“What a shit day”, love the honesty from Reddy #PERvMVC pic.twitter.com/DrwyjeskFN