Lessons from Norway on covering the quest for justice

There's concern the court case of the man accused of murder in Christchurch could give him unwelcome extra exposure.

Espen Egil Hansen - the editor of Norway's paper Aftenposten - has some advice for media here after reporting a similar trial there, and also making Facebook accountable for its actions. 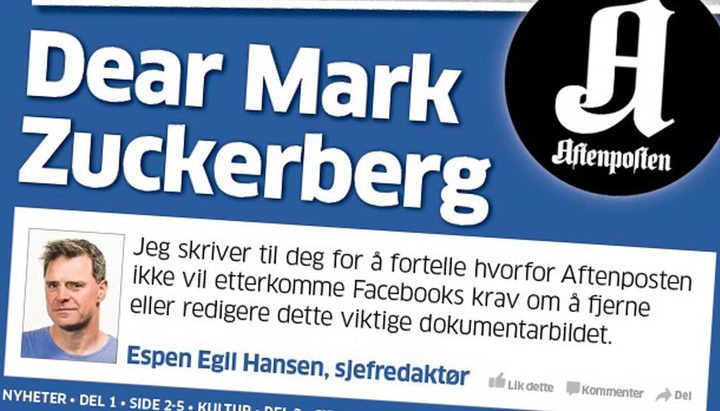 Espen Egil Hansen called out Facebook's Mark Zuckerberg in a campaign about censorship of images in 2017. Photo: supplied / Aftenposten

Media outlets have begun talking about how to cover the court case of the accused Christchurch terrorist without giving him a platform for his propaganda and beliefs.

Back in 2011, Anders Behrin Breivik killed killed eight people by detonating a bomb in the capital Oslo, then shot and killed 69 more people on the island of Utøya.

The parallels with what happened in Christchurch are stark.

Breivik was eventually convicted of mass murder, terrorism and causing a fatal explosion - one year later - in 2012.

The media in Norway had to weigh up just how much coverage they should devote to him at a time when many Norwegians didn’t want him or his ideas to get any more exposure.

And editors had to ponder this all over again it all again in 2016 when Brievik challenged the conditions of his imprisonment in court - and won.

"There were strong reactions to the use of his picture on the TV news and especially the front page of the newspapers," Hansen told Mediawatch. 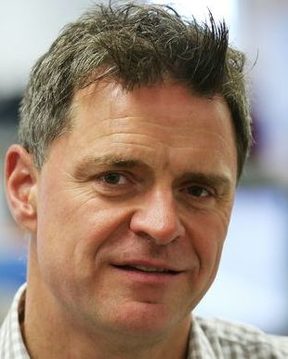 "It was natural to document the court case but we didn't use the picture every day and not on the front page," he said.

But looking back, he feels the coverage didn't do any harm.

"I was in court on several days and the contrast with the pictures he published of himself before the crime was stunning," he said.

"He didn't come through as very smart or charismatic at all. When he talked about his ideology he didn't make sense," said Hansen.

"We were determined to meet what he did with the rule of law," he said.

Like the Christchurch gunman, Breivik also released an extremist manifesto outlining his militant ideology and claimed he carried out the atrocity to draw attention to his brand of ethno-nationalism

"I think it is wrong and even dangerous to ignore the manifesto. If you don't report it will fuel speculation and it will certainly be circulated in online forums and very easily you will give him some sort of martyr position," he said.

"We manged to show that Brevik was a copycat, stealing from a multitude of sources. He was not an original ideologist and leader as he liked to describe himself," he said.

"The coverage of the court case and the manifesto made Mr Breivik smaller. He came through as a chaotic, small and pitiful person. Many people have said that he seems less dangerous. His crime made him look large and dangerous but when you saw him and he was questioned in court he seemed smaller and less dangerous. And now he is in jail."

In 2016, the was another trial held in the grounds of Breivik's prison in which he successfully challenged the conditions of his confinement.

Media risked alienating and angering the unsympathetic public by covering the case.

At the time Hansen personally told readers in an editorial it was essential to cover this case and "pass the test" again.

"The whole case was about human rights principles. It was important he was able to test that and the reporting was focused on the principles, not on him," he said.

Jacinda Ardern said the online platforms are “not just the postman but the publisher” of disturbing and illegal extremist content online. Facebook’s top brass have been all but silent.

Espen Egil Hansen - editor-in-chief of Norwegian paper Aftenposten - gave Facebook’s boss that same message personally in a campaign tagged "This is serious, Mark" about online censorship that made headlines across Europe. 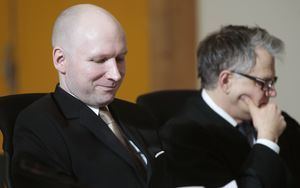 Facebook has censored posts from Aftenposten including Nick U's award-winning Vietnam war photo of children caught in a napalm attack - on the grounds of nudity.

"Mr Zuckerberg never spoke directly to me. I know he talked internally about the case. Sadly I'm not surprised by the lack of response to complaints about the livestream of the attack in New Zealand," he said.

"They are not willing to participate in the debates about the problematic effects of Facebook in societies all over the world."