Mediawatch's weekly catch-up with Lately. This week Colin talks to Karyn about Newshub serving up a scoop with fish battering Winston Peters - and two politicians who sought out the media spotlight this week, while one dodged it.

Politicians with complicated relationships with the media 1: Paula Bennett 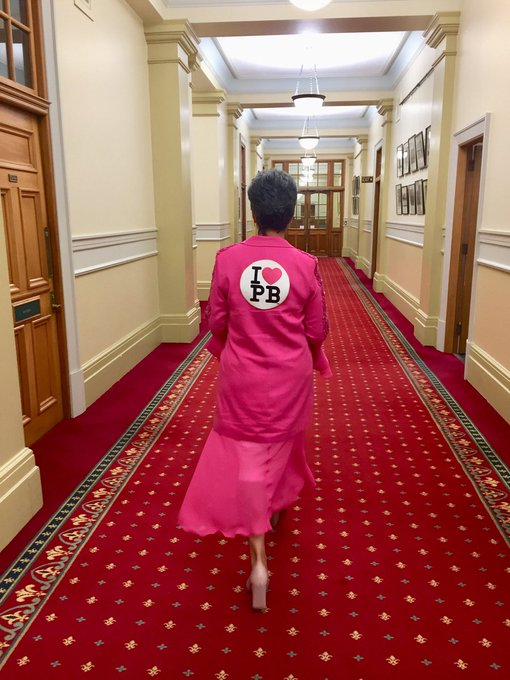 Paula Bennett’s announcement that she was quitting politics was stage-managed for the media.

She called a press conference and they all came - but the first to know was comedian Tom Sainsbury who is famous for his ingenious Snapchat impersonations of her.

Paula Bennett appeared in a fresh video on Monday knowing that it would give her story extra legs.

Sure enough it led Newshub at 6’s report  on Monday - and featured heavily elsewhere in the news. Yesterday Tova O'Brien called it "Bennet's revenge dance." The rest of the report was about damaging leaks to Newshub inside National' caucus.

“Say what you want about @paulabennettmp, but she is an absolute champ for playing along with Tom Sainsbury’s ‘hi sweeties, it’s me Paula Bennett’ videos for so long.”

A champ to play along? It was totally to Paula‘s benefit to do this. For years the media played along with her Westie persona which she reckoned to be a great relatable political asset.

Other journalists have praised Paula Bennett for he sense of fun and not taking herself too seriously - but she took her profile very seriously.

It guided her on her media choices.

Two years ago, RNZ's Insight programme spent two weeks chasing Paula Bennett for an interview as social housing minister. Insight was repeatedly been told the minister was simply too busy to front up for a face-to-face interview about homelessness. Just before the deadline the minister agreed to a five-minute phone interview.

An Official Information Act request to the Minister's office about another matter revealed TV3's show Story had no trouble convincing Paula Bennett to give up her Friday evening that week to talk about “KFC perfume and whether she'd let her kids eat the heart of a freshly shot deer.”

Her political career was extraordinary and it’s to be expected that the coverage on the day she said: "I quit" would be valedictory in style.

But barely a question was asked in all the interviews about her performance as a minister in a government often described as one that failed to tackle big issues during nine years in office.  (This from Stuff was an exception)

Maybe Paula Bennett will do it herself in a book? It’ll certainly get covered if she does . . . .

Politicians with complicated relationships with the media 2: Judith Collins 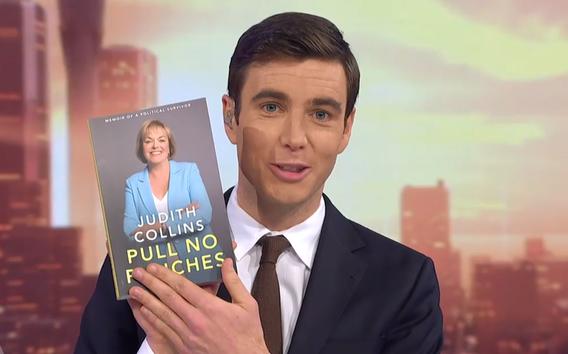 Stuff described it as an “eagerly-awaited political biography” -  and it was certainly eagerly awaited in this ludicrous puff piece in advance in The Herald which said the book would "drop bombs".

It didn't but it got plenty of coverage.

In calling the book Pull no Punches she made a hostage to fortune.

“While Collins’ book is called Pull No Punches, in some ways it does precisely that.” said the NBR’s Dita di Boni.

“Pull No Punches by Judith Collins reads like it was dictated. The voice is distant, toneless. There is barely a moment of self-doubt, of reflection, of deeply considered thought," he wrote.

He noted that in her Sunday Star Times interview, Judith Collins complained that she “got about six pages [in Dirty Politics]. John Key and John Key’s office got chapters.”

“Actually she got 10 pages, and an entire chapter; her name features in the book’s index as heavily as the other goons and operatives implicated in Dirty Politics – Jason Ede, David Farrar, Jordan Williams, Simon Lusk.”

That’s damning. What’s the point of a book if the author can’t even be straight about things like that that?

In her interview with Q+A she said she was deeply hurt when John Key stripped her of the title 'Honourable'. She told Jack Tame he had later made some kind of apology and may have said it was all "bullshit."

"But I didn't put it in the book, because there was no-one around at the time," she told Q+A's Jack Tame.

Politicians with complicated relationships with the media 3: Dr Jian Yang 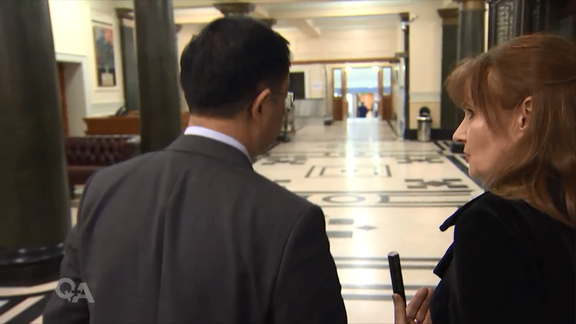 While Collins was happy to go on Q+A - another National MP clearly wasn’t: Dr Jian Yiang.

He’s served three terms and been bumped up the National list for the next election - in spite of revelations in 2017 that he’d previously worked in for Chinese military intelligence and helped train agents in a special school.

In 2017 Laura Walters for Newsroom and Jamil Anderlini of the Financial Times in Hong Kong revealed Dr Yang previously worked at a Chinese military university and had been accused of being a spy.

In January he organised meetings with CCP officials for then-national party leader Simon Bridges on a visit ot Beijing. Dr Yang was travelling with Zhang Yikun – one of the people involved in an ongoing Serious Fraud Office investigation relating to an alleged donation to the National Party.

Dr Yang has refused to be interviewed on any of the issues by New Zealand media. According to TVNZ, he only speaks to Chinese language media here.

This week Whena Owen has another go at getting him on the record for Q+A.

Quite startling to see a New Zealand MP simply refuse to engage with the news media at all - especially when there are questions of his loyalties to China and the perception of conflict of interest.

In his absence, Jack Tame asked his colleague Judith Collins about that. She said there was no need for his to talk to media if he didn't want to - and she had never known him to be "anything but loyal to the National Party and New Zealand."

Interesting response - given that her career was derailed by questions about her involvement in business in China with Oravida and the way she handled media inquiries about that . . .

By the way, Dr Yang’s English was fine, she said.

Winston Peters call for National party leader Todd Muller to speak up about this was reported here and overseas.

Interesting to see where this goes. Meanwhile, peter was less keen on the spotlight over another story. . .

Politicians with complicated relationships with the media 4: Winston Peters 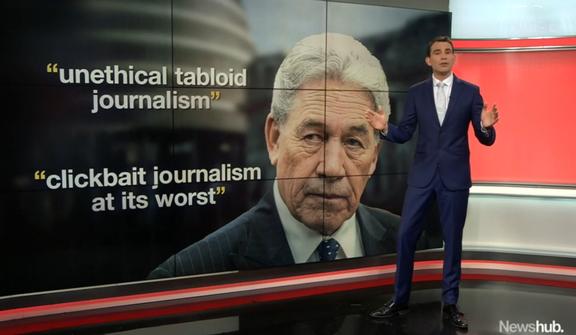 On Tuesday Winston went on the warpath against another piece of journalism zeroing in on him and Fisheries Minister Stuart Nash.

It was part of a series by Newshub’s Investigations Reporter / Pacific Correspondent Michael Morrah about delays and failures in the monitoring of fishing in New Zealand waters.

Morrah reported Peters admitted NZ First was the cause of the delay then issued a press release claiming otherwise.

Then a statement NZ First released hours before the story aired on Tuesday complaining of ‘Clickbait journalism at its worst”.

When questioned if NZ First had delayed the cameras because he got financial backing from the fishing industry, Peters called it an "insulting question".

"Stop making your vile, defamatory allegations by way of an accusatory question," he told Newshub. "This conversation is over."

Newshub believes this story is in the public interest.

"Fisheries is a public asset. There's been evidence of widespread dumping and misreporting in the past, and cameras on boats are all about transparency for the public and preventing illegal behaviour."

The links between one of the key figures of Brexit and NZ First run deep. And no one at the party is willing to discuss them. https://t.co/jesLbmCRhu

It'll be fascinating to see if other media - and political rivals - pick this up and run with it.