Stuff reaches out to readers

New Zealand’s biggest news publisher Stuff is appealing to readers to fund its reporting just days after its CEO told Parliament "ongoing government support for a commercial media industry" is needed for it to survive. 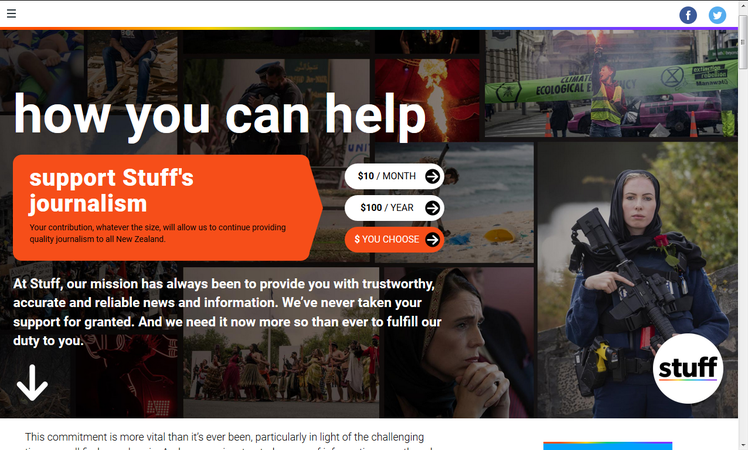 The online appeal to readers on Stuff.co.nz Photo: screenshot/ Stuff.co.nz

The Stuff Supporter Programme asks readers to pay $10 a month, $100 a year or choose their own monthly, annual or one-off contribution.

Stuff publishes most of New Zealand’s paid daily papers in this country, the Sunday Star Times and also operates the country’s most popular news website.

“The financial pressure facing our industry – only amplified by the global Covid-19 pandemic – has never been greater than right now,” said Stuff’s editorial director Mark Stevens. 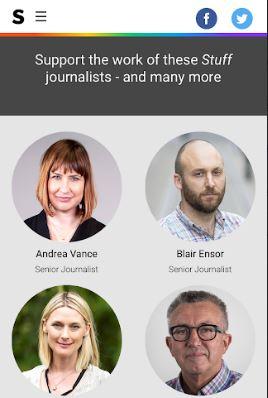 Stuff's appeal on readers highlights some of its senior reporters. Photo: screenshot/ Stuff.co.nz

The move follows a drive to secure more subscribers to Stuff's newspapers. Stuff is currently offering discounts of up to 40 per cent on the cover price for home delivery for local papers.

Boucher said Stuff has applied for the government's wage subsidy and redeployed staff during the lockdown but did not rule out redundancies.

"There is an immediate need to survive these next few months," she told the committee. "There needs to be some kind of ongoing government support for a commercial media industry in New Zealand."

Readers’ donations will be made through online platform PressPatron which was set up in 2017 to convert readers of online news into paying subscribers or donors.

"It's been one of our strongest campaigns so far, so they are getting quite good support from their community," PressPatron founder and chief executive Alex Clark told RNZ hours after the contribution scheme went live.

"It's a pretty critical moment in New Zealand's history for the media community, and also for society as a whole, journalism has never been more important," he told RNZ. 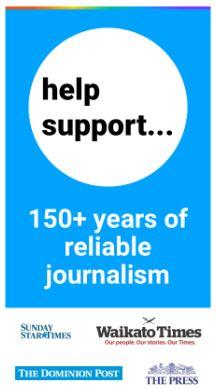 Alex Clark told Mediawatch last week it had a sudden surge in payments during the Covid-19 crisis.

"We've never seen anything like this before. The January average for payments was $2500 per day. That has gone up to $25,000 per day," Alex Clark told Mediawatch last week.

"We've seen it across the board. It doesn't matter if it's for-profit or or non-profits. What's important is the mission of the publication and the strength of their journalism," said Alex Clark.

"It doesn't really impact those print subscriptions because those are a separate revenue stream. This is a new revenue stream that comes in through readers from the website.They go hand in hand," Alex Clark told RNZ today.

PressPatron takes a five per cent commission to sustain the service.

"We have spent about half a million dollars building it and we've raised $2 million for publications," he said.

"As advertising drops off during the pandemic, support from our readers is crucial. You can help us continue to bring you news you can trust by subscribing to our print or digital editions, or by making a donation," says the ODT's pitch to readers.

He has had no response to the idea yet.

Executives of under-pressure mainstream news media companies are waiting for details of what the government has described as "targeted assistance".

Kris Faafoi told an Epidemic Response Committee session last Wednesday which was devoted to problems of the media a package of measures was imminent but not yet finalised.