Even before it screened here, the latest fly-on-the-wall royal TV documentary prompted a pile-on from pundits here who are hostile to Meghan and Harry. 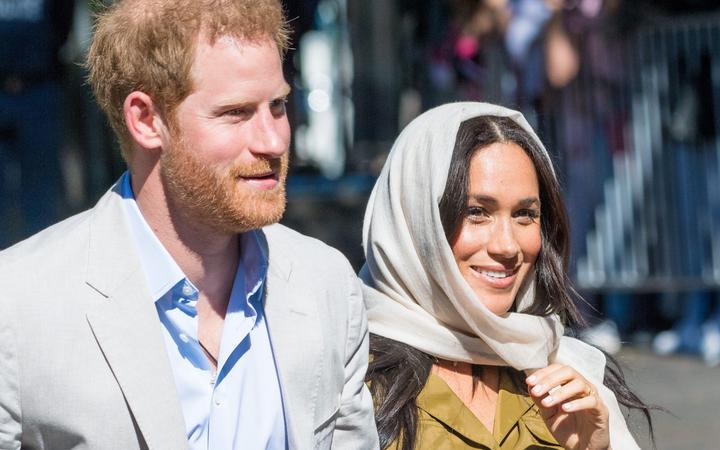 “No-one talks about free-to-air television any more. TV is withering and dying,” former TV star Paul Henry said recently of the business that made him rich and formerly famous.

But just a few days later, there was plenty of talk in the media here about Meghan and Harry: An African Journey  which had just aired in the UK.

It made headlines because Prince Harry told ITV reporter Tom Bradby they were struggling with the intense scrutiny from elements of the British tabloid press. The Duchess of Sussex said she was “not okay” and couldn’t deploy the fabled “British stiff upper lip.”

TVNZ’s Breakfast and Newstalk ZB’s Drive both turned to Victoria Arbiter, the royal correspondent for CNN.

She’s also the daughter of Dickie Arbiter who made a long media career out of talking about the royals in the world’s media. Like royalty itself, reporting on the royals passes down the generations it seems.

“You’d have to have a heart of stone not to sympathise,’ Ms Arbiter told Heather du Plessis-Allan.

TVNZ’s Hilary Barry told Seven Sharp viewers the couple were “heading down a rabbit hole of negativity” in spite of “such privileged lives”.

And TVNZ made it possible to wallow in the negativity. Seven Sharp that night was effectively advertising the doco’s hastily-arranged screening on TVNZ1 last Monday.

At least it gave us the chance to see what made our media front-people so uptight.

ITV’s Bradby had exclusive access to the couple on their recent tour of southern Africa but the programme wasn’t entirely focused on the unhappiness of the royal couple. It also showed the hard life in post-apartheid Cape Town districts and the hard road out of civil war in Angola.

But when it did zero in on the mental health effects of balancing royal duties and private life Bradby found common ground with the prince.

He admitted he had taken time off work this past year to tackle his own mental health problems.

But that didn’t move Mike Hosking on Newstalk ZB - who once went to court to prevent tabloid media compromising his family's privacy.

He described the royal couple as “simpering,” the Duchess as “an airhead” and Prince Harry as “flaky".

(He didn’t mention that Prince Harry was apparently not ‘flaky’ under fire with the British Army in Afghanistan a decade ago - a deployment cut short because New Idea magazine in Australia broke the media embargo on his service).

While he was at it, Hosking also had a dig at TVNZ for being late to the party on the programme.

“What a remarkable thing it has been in this day and age to know of a documentary's existence for well in excess of a week  . . . but for us here at the bottom of the world to have to wait for the ship to dock in the port, for the horse to grab the film reel and transport it to the state broadcaster for last night’s viewing. And you wonder why linear TV is in the trouble it is,” he told his listeners.

Ironically, his wife Kate Hawkesby was way ahead of him on the same network.

A full week earlier she had given the royal couple a similar slagging on her ZB show - and in sister organ The Herald - for their “un-British hypocrisy”.

“I know they're trying to show they're human, but what they've also done here is tried to portray themselves as victims. It's very 2019, but it's not very royal,” she said.

It’s also very 1981 to 1997, she could have added. Prince Harry’s mother was living proof that a woman marrying into royalty could quickly become miserable in spite of all the privilege.

Apart from their lack of empathy and surfeit of spite, there’s one other thing talk radio commentators criticising the royal couple - and free to air TV - had in common.

All of them were big names on TV in the past - but not any more.

Is it a coincidence they’re so cranky about celebrities on screen who can still pull a crowd on old-fashioned national TV?