Mediawatch's weekly catch-up with Lately. Colin Peacock talks to Karyn Hay about On Weed - a Patrick Gower joint in a blaze of publicity and some cases of journalists opening up with mixed results: Also - two cases of angst over anonymity. 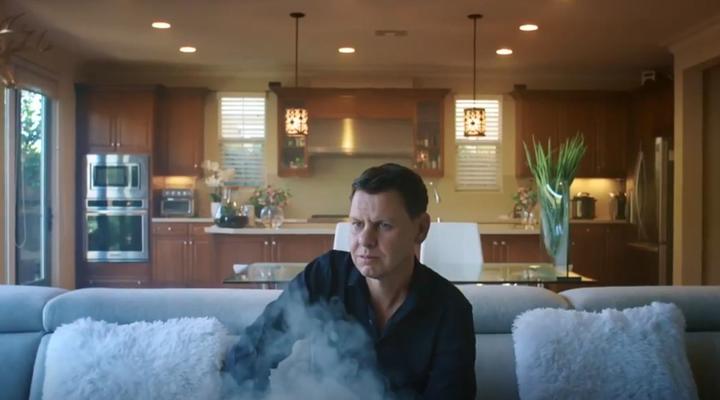 A Patrick Gower joint On Weed - and a blaze of publicity

Part one of Three’s heavily-promoted documentary on cannabis screened tonight.

"We are going to get out there and show Kiwis the good and the bad when it comes to legalising weed," said Patrick Gower when it was backed with $286,986 in public money from NZ On Air.

It was a good insight into the beginning of the medicinal cannabis industry here and its potential and what cannabis can and can't do for people who are ill.

But bar one expert scientist on screen for half a minute who declared it "not a miracle drug" almost everyone else featured was an advocate or a satisfied user.

Patrick Gower concluded "well regulated cannabis is a no-brainer" but side effects not mentioned and there was no clear summary of the range of conditions for which it could be effective.

Maybe Part Two next week  - which he said will explore "the cost to society" - will have more on options for regulation  (as well as recreation).

It was timely with a ‘reeferendum’ coming up in 2020, but also a pointer to the kind of factual programme we can expect to see on TV from now on: one-off or short-run series on contentious topics issues with a big name host weaving personal stories into the narrative and the public picking up the bulk of the bill.

On Monday's The Project Patrick Gower said Paul Henry was the original choice to host it. Clearly celebrity power is baked into the concept.

Local docos are rare on Three in primetime these days. The days of 60 Minutes and 3D are long gone. In fact, any kind of factual show is hard to find among the Blocks, CSIs and MAFs that clog the schedule.

Some of the intensive publicity for the show seemed to make Patrick Gower uncomfortable. One of the publicity pieces made me uncomfortable was Steve Kilgallon’s profile piece in the Sunday Star Times in which he says the job of political editor gave him a breakdown: Paddy Gower: Politics drove me to the brink

“Parliament was a "battleground for warriors. A conflict zone... kill or be killed. Amazing place to work. But eventually it will grind you down." And that included the hacks. Every day was a competition, and every day you wanted to win. And in particular, he was fighting a ghost: he wanted to be better than his mentor, Duncan Garner, who was also beaten by the job and had retired to host breakfast television in Auckland. "I beat Duncan, because I turned out worse," he says. "No, that's a joke."

His predecessor Duncan Garner made a similar admission when he quit the job (including on Mediawatch back in 2012).

He described the job of TV political editor as “toxic” but - like Patrick Gower - didn’t acknowledge any role in making the atmosphere toxic.

Skewering Boris - and owning up

This is an extraordinarily powerful film by Peter Oborne on the reality of a no deal and the Boris Johnson he knew - pic.twitter.com/rqOQyLziF9

In the week that the UK’s PM Boris Johnson made a not-very-helpful visit to Ireland, veteran UK political reporter Peter Osborne - a former media colleague of BoJo - got his retaliation in first with an online video he made featuring people living in the border region who fear whet Brexit will bring.

It's a great little online film for Irish digital platform joe.ie- well worth a watch. The personal stories are very sad.

Oborne’s verdict on Johnson’s wilful neglect of the Irish issue is devastating - but more so his own mea culpa: he owns up to voting for Brexit and that it was a massive mistake.

In another extra-ordinary interview for joe.ie, a former editor of the Euro-sceptic British tabloid The Sun - David Yelland - condemns the UK press for ramping up the rhetoric with out-of-date WW2 imagery.

More from David Yelland on how the media and nostalgia created the conditions for Brexit pic.twitter.com/dJD2RM2LhA

When I worked in the UK he was the editor of The Sun which was ramping up anti-EU sentiment big-time - but he talks about it as if he had no role in it himself.

A more revealing account of compromises made in the media was written by Stuff’s Christian Harrison recently.

Last year, I stumbled into the murky world of engaging with the Chinese Communist Party (CCP) and its proxies in New Zealand, a world our politicians are also bumping around in.

It’s fascinating reading in the light of questions Simon Bridges has had to answer after his subsequent visit to China.

The Media Council has ruled that a published letter to the editor in the Gisborne Herald was gratuitously racist and has upheld a complaint.

Four members of the 11-strong council did not agree -  but It also raises some interesting ethical issues about anonymity.

The ‘letter’ was signed by a nom-de-plume and actually an edited version of online comments the reader had made on a Gisborne Herald story online.

Unusually, the paper has a policy that allows noms-de-plume, which were common in the past but not these days.

The maximum length for letters is 350 words. Letter writers are encouraged to use their names; if you use a nom de plume there is a lower bar of acceptability. Contributors cannot sign off differently on the same issue. Letters may be edited for clarity, length or legal reasons.

On Saturday The Gisborne Herald polled online readers and published a piece that said “anonymity was favoured by two-thirds of the people who responded”.

“It encourages wider participation on sensitive topics. You need to define ‘a higher bar of acceptability,” said one reader.

They really do. They got that wrong in the case of this letter.

Similarly the New Zealand Herald erred in publishing an anonymous  - and poorly-written- piece from “a South Island doctor” this week criticising celebrity couple Matilda Rice and Art Green for publicising the homebirth on Instagram.

It's no longer online  - and The College of Midwives responded in the Herald today.

Emily Writes pulled it apart on The Spinoff nailing most of the piece’s many flaws.