Melanie Bunce cut her teeth in journalism at the Otago Daily Times. Now she teaches and researches it at one of the UK’s most prestigious journalism schools and tracks the trends that shape the uncertain future of news. What state are our media in now - and what do they need to survive and prosper? 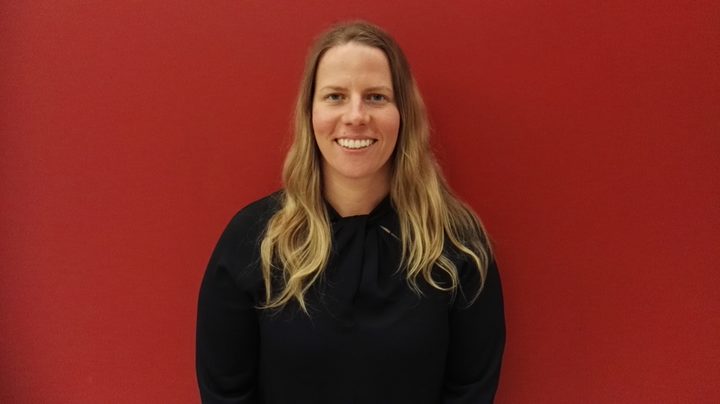 Jacinda Ardern seemed startled for a second during her regular weekly interview on Three's AM show last Tuesday when host Duncan Garner abruptly asked her if she was going to "save the media."

Though the PM didn't expect the question, it wasn't entirely out of the blue.

Her government is mulling over a reset of its media policy by the end of the year because the one they went into the election with has been junked.

Broadcasting and Digital Media Minister Kris Faafoi - a former television reporter himself - has already signalled he's concerned about the future of news media companies outside the public sector and threats to "media plurality".

He’s under heavy pressure to help private media companies through tight financial times for the industry, as well as pumping more funds into public broadcasting.

On AM last month, Garner looked down the camera and called on the minister for help personally.

His news boss Hal Crawford and MediaWorks chief executive Michael Anderson both reinforced the message out loud in public that same day. 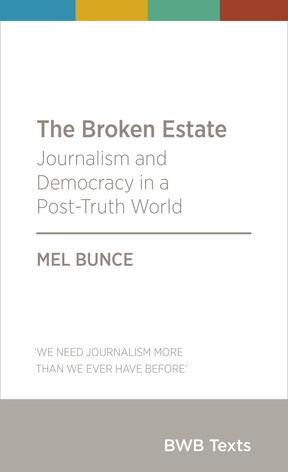 MediaWorks has its own reasons for pushing the prospect of a future broadcasting scene dominated by state-owned outfits insulated from financial pressure.

But all over the world big names which dominated national media in the past are struggling with suddenly being part of a sunset industry in the digital age.

University of London journalism senior lecturer Melanie Bunce, has been tracking the trends that are buffeting the world’s news media, and in The Broken Estate: Journalism and Democracy in a Post-Truth World, a book published this week by Bridget Williams Books, has also been surveying the scene in New Zealand.

"New Zealand has really good national news, features and analysis," she told Mediawatch, "but there's a lot of closures in the regions and a lot of journalists have been cut. Publicity teams are able to influence journalists who don't have time to do critical work. We're also seeing the neglect of global news."

"There's good stuff but its not being done systematically."

The picture Broken Estate paints is not all bleak, however.

"In some areas, journalism is better today than it ever has been," she wrote.

"Cast the net around the New Zealand media in 2019 ... and you can see some of the best journalism that has ever been made in this country."

She cites multimedia work produced online by established players like Stuff - and by newer digital start-ups such as Newsroom.co.nz.

Bail them out before they go under?

At the end of the book she compares journalism under threat today with corporations deemed 'too big to fail' in the global financial crisis a decade ago.

"Their failure would be disastrous to the wider economic system. They must, therefore, be supported by government if they face potential ruin," she wrote in Broken Estate.

"There is a parallel in journalism. But rather than being too big to fail, journalism is too important. Its failure would be disastrous for the wider political system on which everything else is built," she wrote.

Does that mean the state needs to enlarge its role and stump up more money?

"Absolutely. I believe that more than I believe those financial institutions need to be bailed out," she told Mediawatch.

"The commercial model is failing and in regional and local journalism we're seeing 'market failure' and I think it's really crucial we do intervene," she said.

The country's biggest publisher - Stuff - has the only truly national network of reporters and outlets, but it is also shrinking and now also operates a range of non-news businesses selling broadband, energy and insurance. Stuff's Australian owner wants to sell it but can't find a buyer.

This month, MediaWorks completed a merger with an Australian advertising company - QMS Media - which specialises in billboards.

It's not unthinkable that New Zealand media companies which once had news at their core could abandon it altogether in future, but if the government responds to their pleas for help, would the public be propping up media business models that are obsolete?

"When news outlets are owned by for-profit financial companies and they obliged to return profit to their shareholders it's much harder to justify investing in journalism that doesn't make money," she said.

News organisations that are backed by the state or owned by someone who believes in the media tend to have flexibility to experiment with their model and try new things.

"One reason why New Zealand journalism is particularly vulnerable to the current crisis is that we have very little publicly-funded media to fall back on," Melanie Bunce says in Broken Estate.

Public funding for media in new Zealand now totals about $240 million a year. Australia spends about A$1.1 billion for three public networks, including the ABC, which works out about the same per capita - and they deliver far more public broadcasting than we get here on radio, on TV and online.

So is the problem really the amount of money - or how the government spends it?

"The money that is spent on public media has been poorly targeted and managed," Bunce wrote in Broken Estate.

"I don't think we want to compare ourselves with Australia. They have also made cuts in the past five years or so and they are far below the UK, Scandinavian countries and Ireland which invest much more," Bunce told Mediawatch.

Bunce says funding for Māori broadcasting should not be considered in the same way as other public spending, because it has a wider remit to enhance language and culture.

"That's not the same as supporting journalists to collect information and make it available to the public," she said.

The current government has ‘paused’ broadcasting policy while it ponders the issues of media plurality and the urgent financial problems of our commercial media companies. So what are the main things the government and the media industry must to do preserve and protect journalism in a market that supports less and less of it?

"If you were starting from scratch you would build something nationwide with multi-media capacity and hopefully not a strong commercially-focused culture," she said.

"Two ideas already floated have potential. One is doing something different with TVNZ1 and maybe making it non-commercial. The other is expanding RNZ. We also need to think hard about where the audience is and where they want to get (journalism)," she said.

"We also need to focus on exactly where the market is failing - and that might not  be ad-hoc funding for feature journalism because we already have that," she said.

"You can paint in the detail, but in the end it's about resources and really well-trained journalists," she said.