2018 was a turbulent year for the government’s media policy. Mediawatch asks the new minister Kris Faafoi about growing demand for public money in 2019 and calls for help from private news media telling him - privately - they may not be able to stay in the news business for much longer. 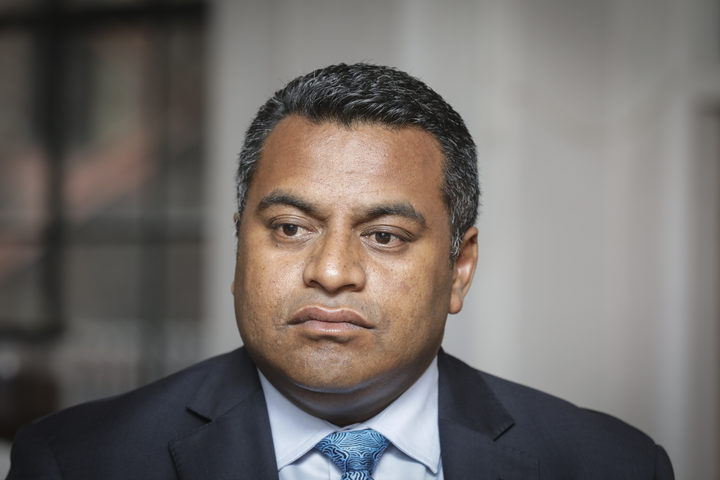 The Labour Party went into the 2017 election promising $38 million more for public service media. Jacinda Ardern herself launched the policy in Auckland.

Labour also proposed a funding commission to divvy up the new money between RNZ and the government’s funding agency New Zealand On Air (NZOA). It said this would put politicians at arm’s length from funding now and for the future.

But once the coalition took power its first Budget delivered just $15m in extra funds and the new minister of broadcasting, communications and digital media Clare Curran rolled back expectations.

She later resigned as the minister after admitting to off-the-books meetings including one with RNZ head of news Carol Hirschfeld. The chaos put the policy development on hold and that idea of a new RNZ TV channel vanished.

The PM picked Kris Faafoi as the next minister in September and after a settling in period he now faces growing demands for public money to prop up news operations at a growing number of big and small news outlets.

The government now spends around $240m a year on broadcasting. The lion's share of that is dispensed by New Zealand on Air (NZOA) to producers for TV programmes.

When the NZOA funding system was established, public money paid for journalism at state-owned RNZ, some regional and radio and TV channels and Māori TV from 2005 onwards.

But the agency had no brief for contestable funding of news or current affairs.

Government and broadcasters alike agreed dependence on government largesse created potential conflicts of interest and opened the door to political interference.  But as commercial companies have backed away from news and journalism in recent years NZOA has begun funding TV shows about politics, current affairs investigations and even local online news online.

NZOA declared itself platform agnostic in 2016.  The term 'public broadcasting' has been effectively replaced by 'public media'.

Commercial and state-owned media companies are all producing multimedia journalism online these days. Publishers like Stuff and NZME now argue it's only fair they have a shot at contestable funding from the public purse via New Zealand on Air too. Indeed, it's baked in to their plans for the future.

Their interest is sharpened by their financial position. The 'rivers of gold' from advertising dried up long ago thanks to the internet, and offshore online giants Google and Facebook now get the vast bulk of the growing market in digital ads.

This year the biggest newspaper publisher Stuff has closed more than two dozen local and community newspapers around the country and shed reporters in the regions. The Herald's publisher NZME has cut reporting jobs in local radio and newspapers. This week it announced the closure of two more local papers in Tauranga and Whangārei.

Getting to grips with online giants

Last week, Australia's regulator the ACCC recommended curbing the market power of Google and Facebook and it set out starkly just how they have undercut Australia's commercial news media.

"Despite the trend being obvious, governments - current and prior - have not been troubled sufficiently by the behemoths predatory behaviour in the advertising market to do anything about it," she wrote.

But the current minister - who was a TVNZ political reporter just 10 years ago - is not unmoved.

Kris Faafoi told the Journalism Educators' Association conference in Wellington last week he had not yet read the ACCC report in full but said "it might be time to look at something similar here".

"We have seen the work the UK's House of Commons has done around the effect on their media  - and that of the ACCC. I have spent a lot of time getting soundings from media here," he told Mediawatch.

"We can't ignore the effect of Google and Facebook on media companies' bottom lines and on public media too," he said.

"At a time when we are getting bombarded with content from overseas from over-the-top providers, it's important we still have good quality local content," he said.

"We have to go through a process if we're to look into it here and we haven't done that yet," he said.

"But we have had a clear message from the (media) chief executives we have spoken to about the effect it is having on their revenue and their ability to do news regional reporting and local reporting," Kris Faafoi said.

"When I arrived in this job a number of traditional media players said: 'if this continues, we're gone'," Kris Faafoi told Mediawatch.

Which companies? He won't say.

"I have to be mindful of that because plurality of voices in journalism is extremely important. If we keep public funding strictly for public media entities and things continue in the way they have told me (about), they may no longer be in existence in three or four years and we will only have one voice for media," he said.

"I'm willing to have a conversation. If we carry on the course we have now, the big global entities will completely take out the business case of our traditional media companies," he warned.

"It is important for our democracy not only to have good quality journalism but plurality of voices in that space as well," he said.

At the JEANZ conference, he spoke about helping to “shore up” the news industry, but this carries big risks.

Trying to prop up news media could be a heavy burden that also creates an unhealthy dependence on government for news among media companies with other interests.

These days, for example, Stuff incorporates energy and broadband retail and movies on-demand. NZME makes a most of its money from music radio, advertising, commercial websites and billboards. Smaller startups like Newsroom and The Spinoff have commercial sponsors.

The private production companies which currently harvest NZOA funds for drama, comedy and factual TV shows will be keen for access to more money for news and current affairs. This could further drain funds from public broadcasters.

"NZOA has funded other areas for commercial broadcasters in the past," Mr Faafoi said.

"We are facing a different issue right now and we need to have a conversation about whether we are willing to take the next step here to make sure things we care about - primarily in journalism  - are maintained," he said.

"There's the purist view that we should only do this through our public media assets like RNZ, TVNZ and Māori TV. But we have had publicly-funded content on MediaWorks channels too," he said.

"We want the content we care about to get in front of New Zealanders. Some of the powers we are up against are big global players so we need to play a wise local game," he said.

"Do we need to collaborate more? Do we need to fund differently? These are the questions that need to be asked," he said.

"Where it will end up, no-one knows. There is no crystal ball," he said.

Could RNZ end up as just one of many multi-media outlets pitching for public funds from NZOA?

"RNZ is one of the bastions of content delivery but there are other players in the market that are going to have an influence," he said.

"They can help us ensure that the kind of content we would like out there will get out there ... and that holding people like me to account is also done as well," he said. 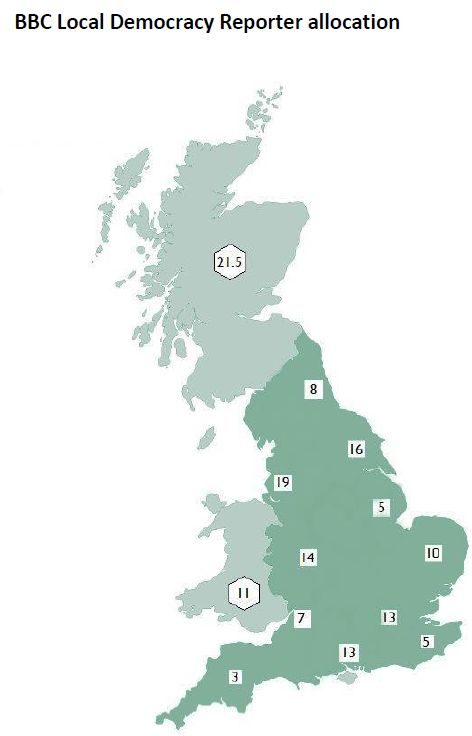 The UK government responded to 'news deserts' created by local paper closures by directing the BBC to employ local reporters there.

"I understand some of the New Zealand media entities will be going over to have a look to see how it's going, and I'm interested," Kris Faafoi told Mediawatch.

News companies here - including Stuff, NZME and RNZ - are wondering whether this could be a joint solution to the emerging problems here.

If they ask for financial backing for a local version, would the government come to the party and pay for it?

"Let's wait for that to happen," said Kris Faafoi.

"But if we do care about local news and having that coverage we have to find ways to make it happen," he said.

"It's declining under the current settings ... around advertising revenue that is is no longer there for traditional media companies so we have to have discussions with public and private media entities about how we might work with (them)," he said.