The Black Caps are in the Cricket World Cup final this weekend in England a week after the Women’s World Cup of football finished in France. Women were not left on the sidelines in the media coverage of both tournaments which highlighted inequalities and big-picture issues off the field. 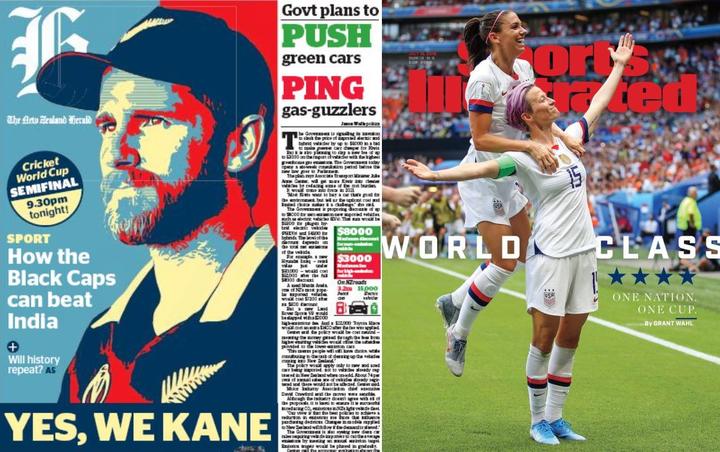 Great news for non-Sky TV subscribers who would miss out otherwise.

The recently-installed British boss of Sky TV cut his teeth in the business at Sky TV in the UK, which also has the rights to the CWC there.  And on the same day, Sky in the UK cut a deal to put the final on a free-to-air channel as well.

The goodwill gesture is good PR for both companies, sidestepping a ‘haves vs have-nots’ backlash.

And among the audience in both countries will be millions of women, though they will see and hear few women in the coverage.

New Zealand beating India in the semi-final was also a dilemma for one at the World Cup in England - RNZ’s reporter Ravinder Hunia.

Her father was born in Punjab in India 60 years ago, and her mum five years later in Te Puke, she explained on the RNZ website.

On Monday’s edition of the RNZ podcast Not Your Average Cricket Show, she said she was leaning towards India after meeting their fans face to face in England.

NYACS’s Justin Gregory pointed out gently that it wasn’t India’s public broadcaster who’d paid for her to be there and co-host Zoe George pointed out sports reporters ought to be neutral. 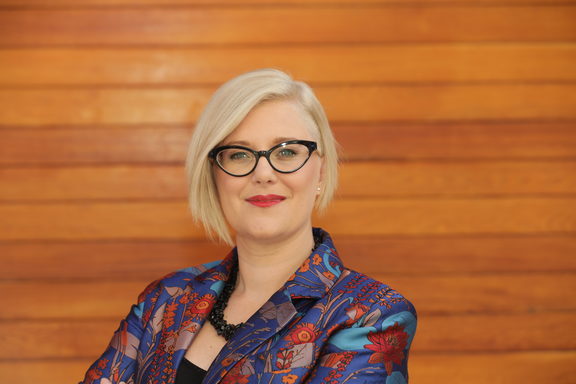 It was all just for fun of course, but Zoe George - a producer at RNZ Concert - also knows what it’s like to serve a cricket country other than her own. She once worked for and toured with Japan's national men's and women's cricket teams as media manager.

The second series of NYACS, billed as “hitting traditional cricket commentary for six” certainly broke the mould in terms of talent.

NYACS also tackled issues far beyond what was happening at the World Cup.

Former international Martin Snedden - now a New Zealand Cricket board member - was supposed to be on the same edition last Monday but declined because he didn’t want to discuss the controversies over the conduct of players such as Scott Kuggeleijn and Jason Trembath.

New Zealand Cricket wouldn’t put up anyone to discuss those issues at all.

Zoe George told Mediawatch it was important and necessary to include women on the podcast and address wider cricket issues, rather than simply reacting to what was happening at the World Cup matches.

“These issues are all around cricket anyway so it’s just about bringing them to light. Just because one of our teams is doing really well doesn’t mean that there’s not issues happening,” she said.

“They’re trying to attract more girls and women to the sport, particularly with the 2021 Women’s World Cup being held in New Zealand so it’s important we have an environment that’s safe and positive for women and girls to get into. We need to be having these discussions about how sport impacts on society and society impacts on sport,“ she said.

While Monday’s NYACS delved into the yet-to-be-settled contractual status of the players, financial fairness for men and women playing the same game also came up in a big way at the FIFA Women’s World Cup final in France the same day.

The president of the football's global governing body FIFA was loudly booed in Lyon when he stepped out to present the trophy to the US Women’s National Team after the final.

Twenty-eight top US players are suing their own employers over poor conditions and pay relative to those enjoyed by their male counterparts - who unlike the US women haven’t won the World Cup four times, or even once.

Instead of “USA! USA! USA!" the chant from the fans in the stands was: “Equal pay! Equal pay!”

And it was certainly heard back in the US.

“The women bring in more revenue and success than the men. How come they’re only getting 18 cents on the dollar?” asked Whoopi Goldberg on the ABC network’s show The View.

The tournament’s undisputed star and talking point was US co-captain Megan Rapinoe. 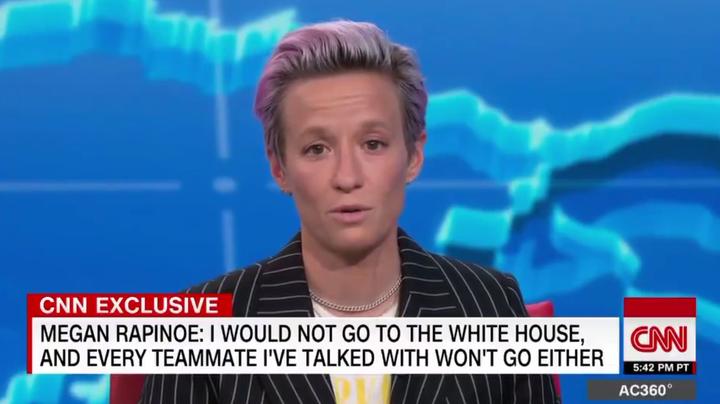 Megan Rapinoe used the media platform of winning the Women's World Cup to talk about equity and equality in sport and wider society. Photo: screenshot / CNN.com

While most modern media-trained athletes steer well clear of saying anything that could rock the boat with national and international governing bodies, she didn't dodge any tough topics.

At the official post-final press conference she said she approved of FIFA boss Gianni Infantino getting booed.

The day before the final, Megan Rapinoe slammed FIFA for scheduling the finals of two men’s international football tournaments - the Copa America in Brazil and the Gold Cup in Mexico - on the same day. (The US TV audience for her game dwarfed the one that watched the US national men's team losing to Mexico the same day).

The President of the US has been on the receiving end from Megan Rapinoe.

“I’m not going to the f...ing White House,” she told a reporter who asked if the team would go there if they won.

A Fox News reporter in a sports bar in Lyon last Monday found out during a live cross after the game the fans were on Megan Rapinoe’s side.

It’s not just in the US where the tournament struck a chord. The TV audience watching England’s ‘Lionesses’ nail-biting semi-final against the US was bigger than the one for the last FA Cup final, the annual season-ending showpiece of English men’s football held at Wembley.

“I like the way it’s gone completely global and the entire team have been pushed up. Now they’ve been given this platform they’re making use of it which is great to see," said Zoe George.

"It puts everything in the spotlight. I hope other organisations realise it's now time," she told Mediawatch.

Out in the open

Of the players at the WWC in France, Megan Rapinoe and 40 others are reportedly gay or bisexual - and out. In four of the 24 countries which took part, it’s either illegal or very risky to be gay.

Some are actually married to - or partners of  - players who lined up for other countries at the WWC  including some of New Zealand’s Football Ferns.

In the men’s game not one international footballer has ever come out as gay while still playing as a professional.

It’s the same here in top level rugby and cricket.

Until recently, you could have said the same about women covering football and rugby in mainstream media here and overseas, but that has started to change too.

In Ravinder Hunia’s photos of press conferences at the CWC in the UK lately, there were not a lot of women in the room. Sometimes, none at all. 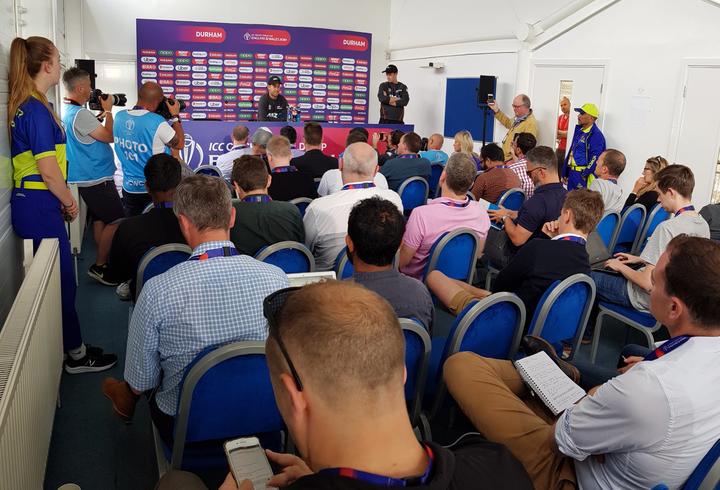 Not a lot of women in the room at Cricket World Cup press events. Is covering men's sport still a man's game? Photo: PHOTO / Ravinder Hunia

Is covering the men's game destined to remain a man’s game?

“You just have to look at the roster for the ICC official commentary team. Last year they had the women’s T-20 and there were six women out of 14 commentators. This year (at the ICC World Cup) they have a roster of 24, but just three are women,“ she said.

““Women’s voices  . . are just as important as the men’s and we are seeing an increase in women’s voices in the wider commentary box. Sky Sports has put in a lot of women over the last two summers but sometimes it hasn’t been received all that well,“ she said.

“She was arguably one of the best cricketers we've ever had and the amount of abuse she received was startling,’ said Zoe George.

"We are getting there (in New Zealand)," she said.

"Not only will this encourage more women to engage in sport, but visual coverage helps build positive role models for young girls who want to play sport and then possibly have a career in the media. Growing up there were no female commentators for me to listen to and to watch," she said.

Zoe George and Justin Gregory will be back in Not Your Average Cricket Show tomorrow looking back at the 2019 Cricket World Cup. You can also get that on the RNZ website, the RNZ app or wherever you get your podcasts.

Likewise Fair Play - a monthly podcast about women in sport which Zoe makes for RNZ in conjunction with the Global Women's Sports Network WISPsports.com