A fly-on-the-wall account of an attempt to take a newborn baby from a Māori whānau put Oranga Tamariki’s methods under the spotlight and sparked claims of "a stolen generation." Those who saw it were shocked but it was far from the first time cases like it had been aired in the media. 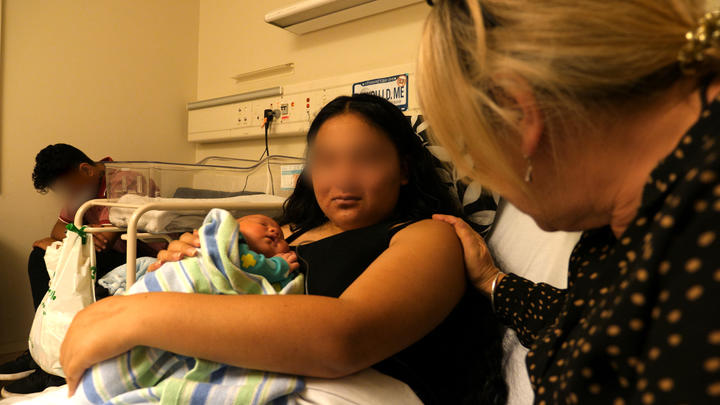 NZ's Own Taken Generation is a strikingly intimate and up-close account of something few of us will ever see - or would want to.

Over 45 minutes, the fly-on-the-wall Newsroom documentary captured an alarming attempt by Oranga Tamariki, social workers, DHB staff and police officers to enforce a court order to take a new baby from a 19-year-old Māori mother in Hastings hospital.

When Melanie Reid and cameraman Phil Prendeville were not in the room, whānau members captured the standoff on their cellphones.

Another case of a child in care being moved in upsetting circumstances unfolded on RNZ National on Friday morning.

First Up reported on a Samoan couple who said Oranga Tamariki gave them less than 48 hours' notice their foster daughter would be taken away. They said were told they could not be her permanent carers because they were not European. The removal was covered live from their house on Morning Report by RNZ’s Indira Stewart.

“If you or I took our baby into hospital with a broken arm, do you think Oranga Tamariki would come and uplift our kids?” she asked The Detail host Sharon Brettkelly.

“I bet you they wouldn’t. That’s what midwives, iwi leaders and some academics are now saying.

"I believe that my job is to show some transparency of what is really going on . . . with these uplifts. If I've upset a few of these agencies along the way, then I'll wear that."

Oranga Tamariki engaged former broadcaster Linda Clark - now a partner at law firm Kensington Swan - to try to get the Family Court to order Newsroom to alter the documentary in order to protect the baby's identity. The bid failed.

Ironically, Ms Clark was only recently appointed to the board of the government’s broadcasting funding agency New Zealand on Air which funded this Newsroom documentary .

After that Oranga Tamariki chief executive Grainne Moss appeared on the AM show to defend her ministry and its staff. She would not answer questions about the Hawke's Bay Hospital case but was pretty specific about Newsroom’s report.

“What you are seeing there is 36 hours of footage cut down to 40 minutes so I would say it’s a significant misrepresentation of the story,” she told AM.

She was not asked - and did not say - just how Newsroom’s report had misrepresented a situation that on the face if it was far from best practice. 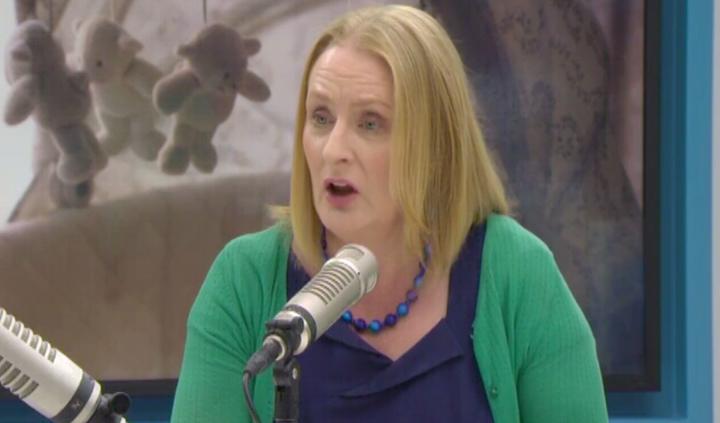 Oranga Tamariki's chief executive didn't speak to Newsroom, but criticised their investigation on Three's AM show. Photo: screenshot / AM show

Not for nothing is an order to take a newborn issued by the court, and Newsroom’s Ms Reid told The Detail her report was not a condemnation of the entire system of care for vulnerable children.

But within two days a group called Hands Off our Tamariki had formed calling for an end to uplifts of Māori babies.

“Oranga Tamariki plans to work closely with Māori and earn their trust are up in smoke,” Stuff’s Māori affairs correspondent Carmen Parahi concluded on Thursday.

“Social workers who need to be protected from the public vitriol, many of whom are Māori  and trying to help their communities and whānau, will feel the heat and leave," she wrote.

"Foster parents, often not supported fully by the state, will also rethink their positions."

“It makes them the target of people who think they know better and these cases.

"They're incredibly complex and nobody can talk about them publicly because that would be breaching confidentiality, privacy and potentially compromising court hearings.".

But while many journalists commentators and politicians have expressed shock and alarm about this happening in New Zealand in 2019, it’s hard to see why.

Over the past two years Ms Reid has done a series of stories for Newsroom about children being removed from families by police acting on court orders.

Some from 2017 also feature confronting cellphone video from family members at the scene showing chaotic scenes when police uplifted children.

Jean Te Huia has been talking about it in the media for some time too.

Six month ago, an investigation by Stuff reported around five babies a week - most of them Māori - now separated from their mothers.

“In delivery rooms around New Zealand, the state is removing baby after baby," Stuff wrote.

"More children are now born into care than at any time in the past decade."

The actual case depicted in Newsroom’s documentary has also been reported already.

Newsroom’s Ms Reid reported it at the time back in early May for Newsroom - but without the startling video - and Stuff republished her story to a far bigger online audience.

Whether the situation really parallels Australia stolen generation is a matter of interpretation.

Whether the court-ordered uplifts are justified and whether Oranga Tamariki are carrying them out properly is a matter for debate and investigation by those who know the facts.

It is hard for journalists and the public alike to form a view on that from media eye-witness accounts of individuals cases at the point where the distressing removals are happening.

But the nature of the problem and the scale of it have been no secret thanks to the media exposure that goes going back far further than this past week on Newsroom and RNZ.

Perhaps the startling scenes in Newsroom’s video this week show New Zealanders still have to see it to believe it  - and then respond.