A Samoan couple say Oranga Tamariki gave them less than 48 hours' notice their foster daughter of almost a year would be taken away. 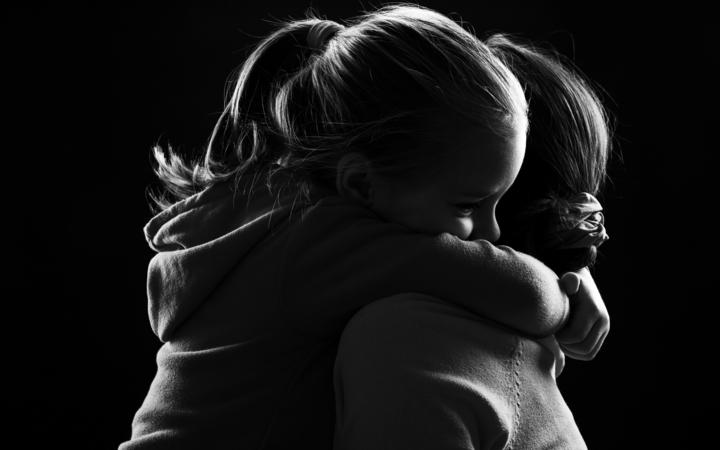 They had repeatedly tried to apply to be the permanent foster parents for their 6-year-old foster daughter, Sarah*, who is Pākehā and has special needs.

However, they were told by the social worker that they could not because they were not European.

Three social workers arrived this morning and removed the child.

The family cannot be named for legal reasons.

Sarah's foster mother spent most of her childhood in foster care before becoming a foster parent herself.

In recent years, she has helped with the induction and training of new foster parents and won multiple awards for her work helping vulnerable people in the community.

Sarah had been in several homes before arriving to live with the family nearly a year ago.

"She [Sarah] was very angry, shy, scared of a lot of things. She didn't know how to brush her teeth," said the foster mother.

The social worker had also said Sarah was racist.

However, her foster mother said her daughter had changed dramatically.

"She's very confident [now] ... [recently] she got a reward for standing up for what is right," the mother said.

"I remember before she got this reward, she said to me 'Mum, I'm always doing good at school ... but no-one sees me and gives me a certificate' so I said, 'Babe, just keep doing it and one day someone will give you a certificate'.

"When she got this certificate, she was so proud that she couldn't wait to get in the car to show me."

The foster mother said Sarah had asked her not to give her away.

"After not even a month she started calling us mum and dad," she said.

But a couple of weeks ago, Oranga Tamariki contacted the couple and said they had found Sarah a new family and wanted their help to transition her.

The foster mother said she was dreading the minutes that she had left with her daughter.

"But at the same time, we just want to make it positive for her so she doesn't have to feel like she's done anything wrong. There's a whole lot of rejection and abandonment she has to go through," she said.

"This is not the first or second time, she has been moved before.

"Oranga Tamariki gets on with their life, we get on with ours but this child, she has to live that."

First Up presenter Indira Stewart was at the house this morning and the atmosphere was heavy as the foster parents and other children in the home carried the girl's belongings to the social workers' car.

It took a matter of minutes and the goodbye was very brief, she said, and the family was obviously holding back tears.

The foster family had had a farewell dinner for the girl when church and community members were invited to come in and say goodbye.

Oranga Tamariki had told the family on Wednesday they would be at their home at 7am on Friday to take Sarah away.

They had told her previous caregiver not to have any contact with the family or Sarah's new permanent foster care parents.

Sarah's biological grandmother said her family were not happy about the plan to move the six-year-old either.

She said Sarah was a completely different girl before going into the couple's care and she had radically changed for the better.

"When we see our granddaughter, she's animated, happy and confident, it's just unbelievable the change in her," she said.

"She's gotten very attached of course, we're happy and even her [maternal] mother is happy that she is with that carer."

Sarah's grandmother said the move would be traumatising for her and she would be torn apart if she has to leave.

It is not yet known which school Sarah will now have to move to.

Her current school principal said it was outrageous.

He said prior to being with the Samoan couple, Sarah had major emotional and physical problems with very high needs.

"Under the care of the current caregivers, we have witnessed a totally different child altogether," he said.

"[The child] is achieving academically, even emotionally more stable as well, it's been a complete turnaround.

"I think it's so unfair to basically take her back and have to start all over."

The principal said he did not support moving Sarah to another family.

The mother said she was frustrated that Oranga Tamariki could not see beyond the colour of their skin even though her family love Sarah.

They understand that once Sarah is uplifted, they will not be allowed to have any further contact with her.

"We just wish the best for her, your hands are tied, there's not much you can do," said the mother.

"Just love on her and [hope] she'll always have that last memory of being loved."

Oranga Tamariki said it could not talk about specifics of the case because it was before the Family Court.

But deputy chief executive Allan Boreham said some of the details did not sound right to him.

He told First Up the organisation wanted children to be in stable, loving families as close to their kin as possible and such decisions were not made quickly.

Mr Boreham said a family being told they could not be permanent caregivers because they were not European "doesn't sound right to me".

Though he could not discuss the actual case, he said a thriving child and a birth family that is happy with a placement would always be factors taken into account in working towards a permanent placement.

Asked if it was standard practice to cut off contact between current and new caregivers, he said that sounded strange to him.

Mr Boreham told First Up he would be surprised if the overall decision had been made quickly.

"When we have a young person in our care the underlying reasons ...are often incredibly complex," he said. Decisions on where a child should be placed would typically involve a whole range of people including the Family Court, a lawyer who advocated for the child, and other professionals.

"We want them to be in loving stable families as close as possible to their kin as we can achieve, and that includes being with their brothers and sisters if we can achieve that.

"I'd be very surprised if the overall decision has been made quickly," he said.

"It's really neat to hear that there are so many people are interested in her welfare and I'm sure all of that has been taken into account. It is what we would take into account if we're to make sure we get them into a permanent placement, a permanent family where they're loved and cared for and connected with their kin."

Minister for Children Tracey Martin declined to comment, saying it was an operational matter for Oranga Tamariki to respond to.

*Not her real name.