Labour came to power promising big boosts to public broadcasting but last week's Budget offered only stop-gap increases “pending major policy decisions.” Mediawatch asks the minister of broadcasting and digital media when the big calls about media policy will be made. 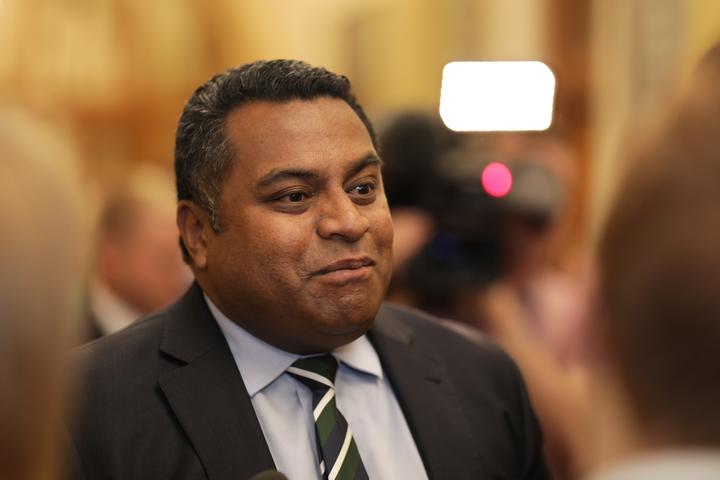 Last week newspaper publishers and RNZ unveiled a pilot progamme to put reporters into the regions where they aren’t enough of them to cover local news properly: the Local Democracy Reporting Service.

The funding for this is coming from the public purse - $1 million dollars from the $6m Innovation Fund run jointly by RNZ and New Zealand on Air.

That was created from a $15m boost for public broadcasting in the Budget last year.

All the major news publishers here backed the move, including RNZ. Last year they sent editors to the UK to check out the scheme overseen by the BBC that’s the template for this.

The minister of broadcasting knew about of their plans and told Mediawatch last December he was aware that they might be asking for money to fund the scheme.

But just two days after the LDRS was announced last week, the Budget for this year did not include any money to renew the innovation fund.

The publishers and RNZ will have to find money from somewhere else to keep the scheme alive once it’s up and running beyond next year.

Broadcasting, Communications and Digital Media Minister Kris Faafoi was in the UK and Ireland shortly before the Budget was released, meeting executives from the BBC and Ireland’s RTE, checking the progress of the LDRS there.

Will his government back the LDRS that he appeared to be encouraging six months ago?

"We are keen on the concept of it but we want to make sure that the pilot is a success. They have said themselves that they want to prove that and I think in about eight or nine months they will start knocking on our door as we start talking about Budget bids and the future of public media,” he told Mediawatch.

That gives little assurance to the editors overseeing the project  - let alone any reporters who might apply for the LDRS positions.

"That also puts some pressure on them to ensure success. Certainly we’ve seen evidence of that on our trip to the UK. Their process has come across with some real positives. I think we will see that here so we will keep talking as the pilot goes ahead," he said.

In the UK the government was much more decisive, telling the BBC to use its public funding to address the problem and set up the LDRS years ago. It now has 150 reporters in place and has already created more than 60,000 new stories.

The Budget unveiled last week did include small increases for both RNZ and for NZOA - but with with this proviso:

“The funding is time limited, pending decisions on the future of public media in New Zealand.”

It falls well short of the $38m boost promised in the run-up to the 2017 election - and the finance minister describing the $15m jump last year as "a down payment".

That 2017 policy has clearly been completely dumped. Is Kris Faafoi now formulating a whole new policy for public media?

"We are looking at what the role of public media in the future should be and some of the challenges they face," he said.

"We’ve given RNZ and New Zealand on Air some money while we take a step back and have these bigger policy discussions. I’m not gonna get into the detail about that because we’ve got a process to go through. Some of the discussions we had in the UK and Ireland were extremely useful,“ he said.

"A lot of that has to do with the way audiences are changing and accessing information.

"We have sent some signals in the last two or three months that we are concerned about the level of plurality in our market - there will need to be more than just one or two options. The role of public media is really important in that,“ he said.

Two more members were added in November last year and the terms of reference were revised to include “the preparation of a case for Budget 2019 on the additional baseline funding necessary to support an effective public media system".

It was this group which approved the idea of the Joint Innovation Fund in the first place and even set its funding levels.

"I’m not going to give you the details of what their advice was on the options for public media, but they’ve given us grist for the mill for us to go away and have a rather large think about the future of public media. We gave the amount of budget funding that we thought they needed while we take time to make these major policy decisions," he told Mediawatch.

"It was the Ministerial Advisory Group itself that gave us the advice that we needed to take a rather large pause and look at the whole system as opposed to just one of the entities within our public media environment,“ he said.

"I would hope by the end of the year we would have a pretty clear indication," he said.

"It’s looking at what kind of public media do we need for the future and how do we future-proof the investment we might put into public media to make sure they’re heading in the right direction. These are the same issues that the likes of BBC and RTE are grappling with too."