Last week the Guardian ran a story under the headline: "The UK suffers crushing defeat in UN vote on Chagos Islands."

The story barely made a ripple in the New Zealand media. Anyone wanting to know how New Zealand had voted in the non-binding UN General Assembly motion setting a six month deadline for Britain to return the Indian Ocean islands to Mauritius would have been out of luck if they went looking on local news websites. 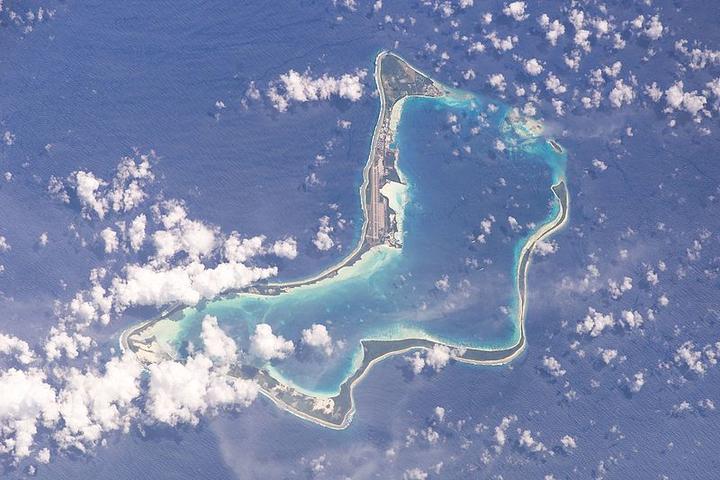 That's a pity because the story of how Britain expelled the indigenous people of the Chagos Islands is as fascinating as it is tragic - and it seems likely some people will be disappointed by New Zealand's abstention.

Al Jazeera's The Stream dedicated an episode in the run up to last week's vote, titled: Did the UK Steal the Chagos Islands?

It was something of a rhetorical question with Britain's own courts and the International Court of Justice - in February this year - having already answered in the affirmative. But it's well worth a watch. A spokesperson for the Chagossians makes it plain that they're happy for the US base to remain on Diego and Garcia - but demand the right to return to their ancestral homeland.

John Pilger's 2004 Stealing a Nation – The Plight of the Chagos Island vs the United States delves into the history of the islands and Britain and the US's expulsion of the indigenous population to make-way for the massive air force base.

It's hard to imagine anyone watching it and not coming to the conclusion that a terrible injustice was committed against the Chagossians.

So why did New Zealand abstain? Here's the official explanation read delivered to the UN General Assembly last week by ambassador Craig Hawke.

New Zealand was one of 56 nations abstaining. Just six voted against, and 116 in favour.

Vanuatu was one of those voting for the resolution having made oral submissions in support of Mauritius at the International Court of Justice. (In 2017 NZ voted against the case being taken to the ICJ.)

Others like Sweden and Finland voted for the resolution while noting the time-frame would need to be negotiated between Britain and Mauritius.

By all accounts the UK and Britain were lobbying furiously before the vote took place. Craig Murray - a former UK ambassador turned human rights campaigner tweeted.

Ahead tomorrow's UN General Assembly vote on Chagos Islands, UK Embassies worldwide furiously lobbying that the base is essential to worldwide anti-terrorist operations.
One bemused British Ambassador just told me "we are basically saying we need this colony to torture people in"

And Wikileaks sent out a Tweet reminding people of the US and Britain's determination to prevent the Chagossians from ever returning home.

With the historic Chagos vote endorsing the ICJ Advisory Opinion at the UN General Assembly, a look back at the cable that revealed the UK-US plan to establish a marine reserve to "make it difficult, if not impossible" for Chagossians to return home.https://t.co/Se5pHrW3q3 pic.twitter.com/9sKhpXycyJ

Ross Meurant - claims there's a "strong probability" that police were behind the break-in of his car. 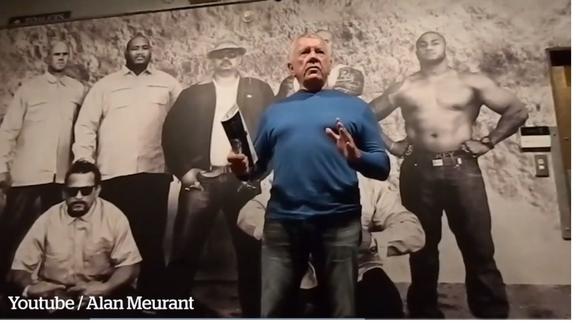 Ross Meurant is a former police inspector, MP and Morocco's honorary consul to New Zealand - so when he claims he's been told by someone within "the police tent" that his BMW was broken into by a police surrogate you'd think it would be news.

But to date no media organisation has followed up the claims made in an article published on the Daily Blog on Sunday.

Mediawatch has spoken to Ross Meurant who confirms the gist of the story.

In a letter to Police Commissioner Bush (and cced to Andrew Little and Winston Peters) dated 7 June, Meurant outlined his concerns and asked:

Mr Meurant told Mediawatch the purpose of the letter was "to alert them to a strong probability that an instrument of the state engaged surrogates who commit crime."

To date he hasn't received a response.

He said he now believed the break-in was an attempt to stop him from speaking to a Head Hunter gang gathering about police culture.

The talk went ahead and included claims that while he was in the police force he was forced to drop a case against a QC who had beaten his wife, and that police have shot people unnecessarily while pumped up on adrenaline.

Strong stuff - but could it really be enough to see the police employ someone to break into his car?

It seems unlikely but when the claims come from a former high ranking police officer who is currently an honorary consul you'd think the media would be following up the story.

Archie vs the future of the planet

Media Matters reports that US Network news programme ABC World News Tonight dedicated more time to the birth of British royal baby - Archie -  on a single night that it spent on climate change in the whole of 2018.

Pharmac - a response to the Guyon Espiner series

But Twitter has its limits when it comes to discussing a topic as complicated as the country's drug buying agency.

Dr Matt Boyd – a former medical doctor and doctor of philosophy turned health researcher has written a blog post titled: Guyon, we are the problem, not PHARMAC that argues if New Zealanders want a greater selection of drugs the answer is coming up with money to pay for them - not reforming PHARMAC that delivers New Zealand the most cost effective pharmaceuticals in the world.