The unsung heroes behind the hand-painted photos of NZ's past

Peter Alsop's new book Wonderland collects some of the striking hand-coloured photographs captured around New Zealand between the 1950s and 1970s. 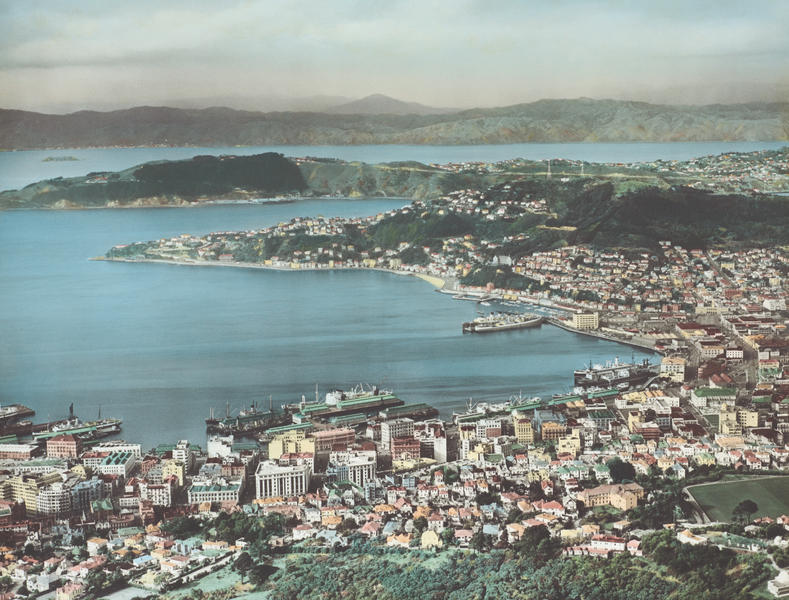 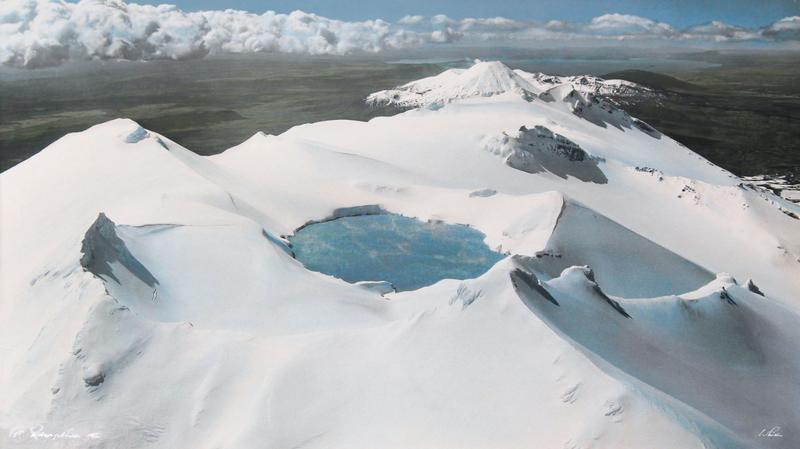 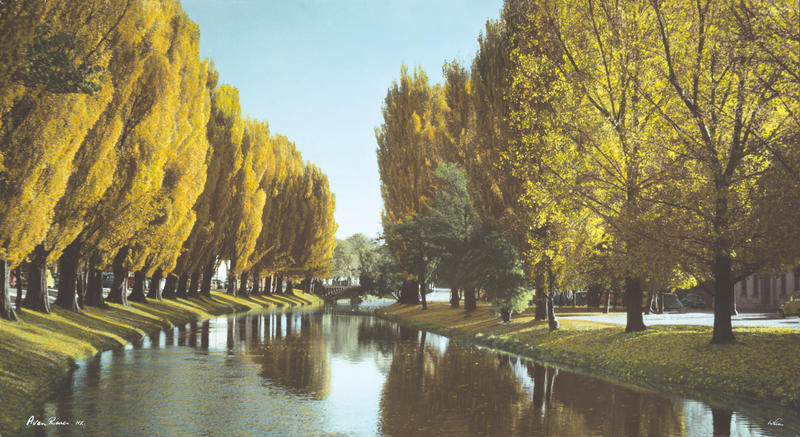 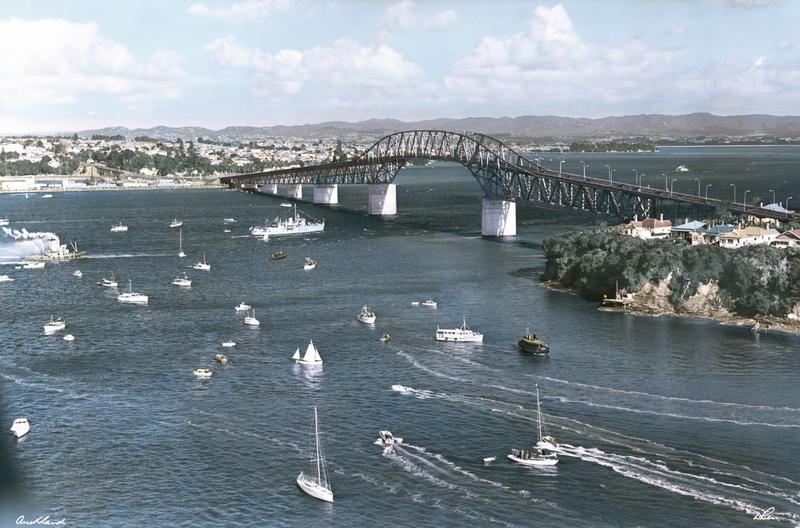 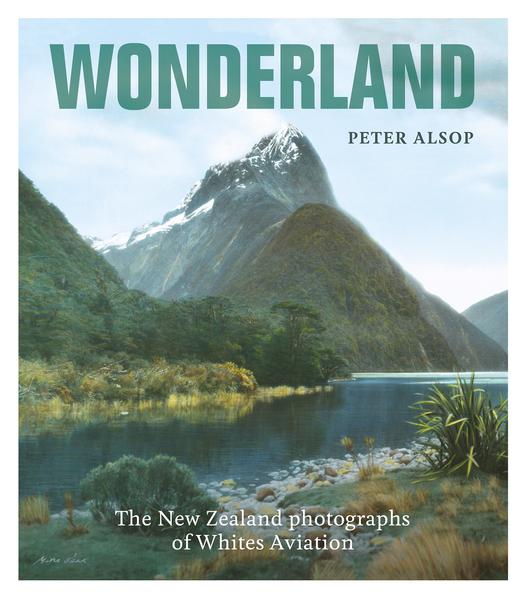 At one point, these scenic vistas adorned offices and lounges across the country and changed the way we saw Aotearoa.

Alsop joined the Labour Day programme on RNZ to discuss his book and share the story of the company's founders and the women who painted their photographs.

He recalled first seeing the photos when he went around antique stores.

"They were something new - colour before colour photography... Identity hungry New Zealanders coming out of the war in the 1950s just really wanted to connect with New Zealand and New Zealand pride and these photos connected with that vision for people and they were hugely popular and a long-running success."

He said there was a nostalgic, patriotic nature about them. Some were quite large (a metre wide) and handcrafted with a colour palette that provided "a natural look".

"I just love that naturalness and that realness of the New Zealand landscape that Whites Aviation captured." 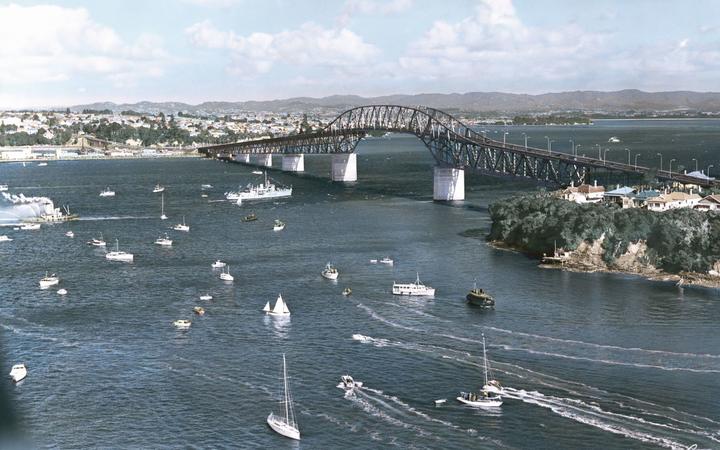 The opening of the Auckland Harbour Bridge in 1959.  Photo: Peter Alsop / Whites Aviation

Whites was set up by Leo White and Frank Stewart in 1945.

White, who lived from 1906-1967, was an entrepreneur, charismatic, a good businessman and a caring, funny person. He had been one of New Zealand's best known press photographers in the 1920s, and combined his love of photography with his love of aviation.

"Obituaries referred to him having thousands of friends and being highly respected ... people loved him, he was a great chap."

White also teamed up with Stewart's son, Clyde, who ran the colouring studio where every photo was individually coloured.

"Black and white photo, printed on a fibre-based paper to allow some of the colour to absorb into the paper... they had to get the developing and the paper combination just right."

Clyde would often do the sample, and then the women were allocated the work which took anything from a few hours to several days for four women to colour works such as murals. 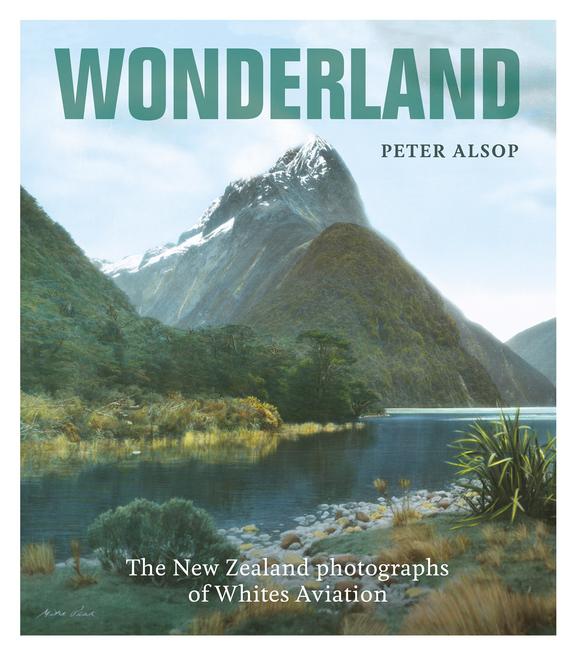 The women's craft and art form was not highly recognised at the time, Alsop said, although photography itself was also not regarded as a visual art.

"It's high time these women are recognised for their amazing contribution to our visual art and visual history. They have clearly done some wonderful work.

"It's really pleasing to bring some profile to the amazing work these women did."

Paintbrushes were used sparingly. The main form of application was with an instrument akin to a meat skewer with cotton wool on the end that was dipped into oil paint thinned down with turpentine so it becomes like a "thin opaque wash" resulting in an effect that forces the viewer to question whether it is a colour photo.

"Some of this colouring is so beautiful you've got to do a double-take... it's a very exquisite, refined technically pure craft. These were women working at the top of their field."

He was fascinated to discover that Whites continued hand-colouring into the 1990s, and a colourist, the late Nola Mann, coloured for the company for 48 years.

Today's digital colouring is a homage to the hand-colouring work of the past, Alsop said.

Many of the photos are now collectors' items.