Dozens of tribute bands make a living playing Pink Floyd's top-selling tunes, but only one is dedicated to the music of the man who founded the band - but then floundered when drugs and mental illness kicked in. Colin Peacock explores the lesser-known music of Syd Barrett with Men on the Border from Sweden and RNZ's Nick Bollinger. 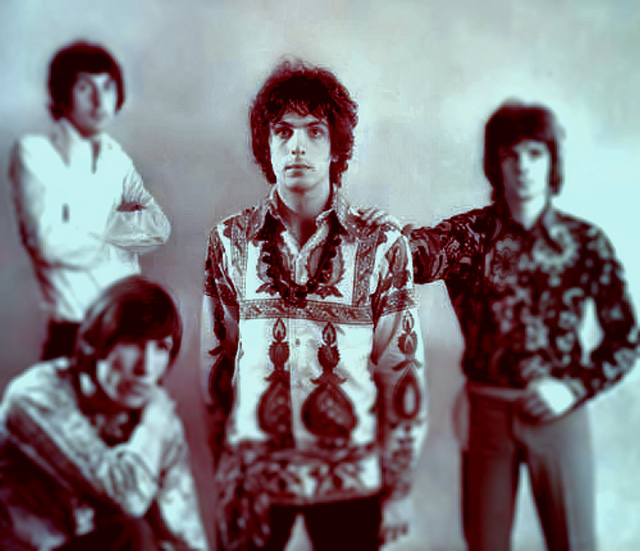 It was fifty years ago this year the Beatles released their masterpiece Sergeant Pepper's Lonely Hearts Club Band, after working on it for months in the Abbey Road studios in London.

That anniversary was pretty heavily covered back in August.

But just down the hall at Abbey Road fifty years ago, four other guys were working on another album now regarded as a masterpiece of sixties psychedelia too: Piper at the Gates of Dawn.

It launched the career of one of the biggest bands in the world ever: Pink Floyd.

It doesn't sound much like the multi-million-selling Dark Side of the Moon, Wish You Were Here or The Wall which Pink Floyd put out later.

Syd Barrett is the reason for that. Back then Pink Floyd was driven by him.

Pink Floyd had formed in London in the mid-60s, where Barrett was an art student. Though like so many British bands of the era they started out playing American R&B covers, Barrett soon began experimenting with LSD and it seemed to unlock something in his mind.

Soon he was bringing to the band his singular original compositions, of which Piper is largely made up.

"Syd’s songs bend a mixture of science fiction, children’s literature and nonsense poetry into strange, fractured constructions - sometimes dissonant and violent, other times whimsical and poppy – all of which he sings in a gentle melodic voice with undisguisedly English accent. With a sense of childlike wonder that could tip over any moment into terrifying paranoia, this is a truly psychedelic music," said Nick Bollinger.

But he left a deep mark on the rest of Pink Floyd, who wrote one of their most famous tunes  - Shine on You Crazy Diamond - as a kind of tribute:

So what happened to Syd ?

The short version is that just as Pink Floyd was taking off and Syd was starting to become a pop star, he suffered a mental breakdown and possibly psychosis triggered by the hallucinogens. The rest of Pink Floyd kicked him out when his performance and behaviour became too erratic.

Syd eventually went back to live with his family for almost forty years as a kind of recluse before he died in 2006.

But before that he produced two albums of great music as a solo artist in the early 70's - The Madcap Laughs and Barrett - which are hardly ever heard these days.

While there are dozens of tribute bands that make a living playing Pink Floyd's music all over the world, there's only one that we know of dedicated to the music of Syd Barrett: Men on The Border from Sweden. 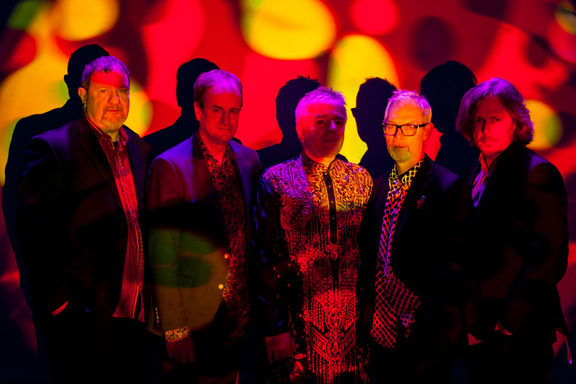 Men on the Border - dedicated to the music of Syd Barret in Sweden. Photo: supplied

I tracked them down recently to ask founder member Phil Etheridge and Göran Nyström why they're so dedicated to Syd's music.

"Lots of people know about Pink Floyd but they don't know how his destiny formed and shaped the music they made after he left. You can trace his legacy in all of their albums," says Göran Nyström.

While Syd vanished into self-imposed obscurity almost half a century ago, Pink Floyd went on to become a rock and roll juggernaut.

"There are few other people in whom the art is so bound up with the person. It's akin to Van Gogh or John Lennon," said Goran. 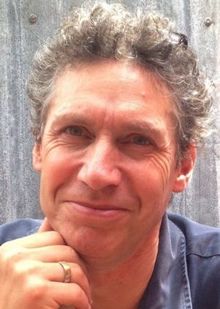 RNZ's music guru Nick Bollinger marked the 50th anniversary of Piper at the Gates of Dawn on RNZ.co.nz by saying it is the best thing Pink Floyd ever did.

But surely  the millions of people buying the later albums and tickets to sold-out stadium rock tours can't be wrong?

"Maybe they're not wrong. It's just two different bands. The band with Syd Barrett as the main singer, the songwriter and the visionary really only ever made one record. After that anther band called Pink Floyd which made some very successful albums," says Nick Bollinger.

"He was obviously extraordinary and had an effect on everyone. Some of the most poignant things in the later Pink Floyd catalogue are the things where they're reflecting on Syd. Dark Side of The Moon is a meditation on madness," he says.