"The best of capitalism is behind us. For the rest it will be over in our lifetime".

That's a bold claim from British economics reporter Paul Mason, who has spent much of his career looking at the subjects of labour and the working class. 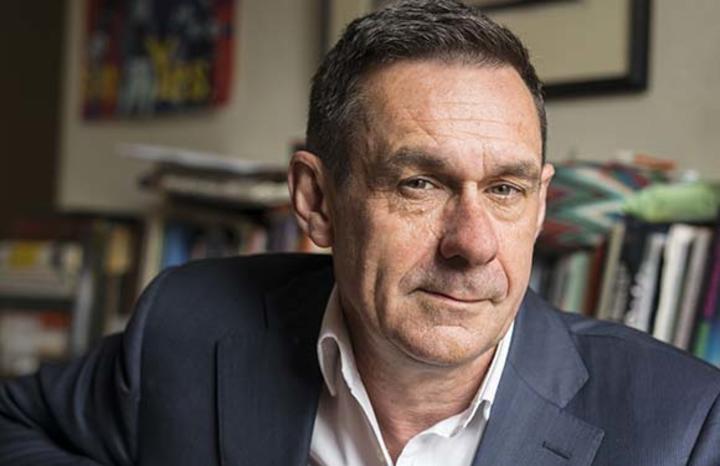 He says globalisation has created a whole new class of working people - and they are now living out the upheavals that workers in the developed world went through between one and two hundred years ago.

But he reckons we're now on the verge what he calls "post-capitalism" where the work we do and how we do it will have be re-invented.

He says in the last 30 years number of people in the global workforce has doubled and that means the market price of a worker is low. Add to that a coming wave of automation and assumptions based on past experience must be abandoned he says.

“We’re now entering a world where we’re going to see large scale automation … and I want that to happen because I want there to be more free time in the world; I see freedom and free time as quite intimately connected.

“To do that we’re going to have to find ways of paying people that don’t depend on the amount of work they do which is why so many of us are focussing on a basic income and on working for free.”

However, he sees opportunity in this post capitalist world.

“It’s an attempt to do an end run to a situation of abundance. We need to manage a long transition towards a fully automated society.”

To underpin this, automation must be accompanied by societal and ethical restraints, he says.

“[Automation] it’s going to free up the most important thing you have for your 70 or 80 years on earth and that’s your time.”

Stable high wage jobs are for many a thing of the past, he says. Mason advocates for a universal basic income and the government provision of essential goods and services for free or very cheaply: housing and transport for example.

“The state provision of public goods becomes really important to this young generation of poorly paid and precariously employed workers in a way it didn’t for my grandad’s generation.”

And a different kind of activism is replacing the unionism of his grandfather’s day.

“Anybody who’s ever been near a trade union or a left wing party will know that for quite a long time people believed the working class would be a social force that would overthrow capitalism and eventually throw it out and impose a new kind of society based on its values.

“I think that world is changing, and in some countries it’s gone. What you’ve now got is a much more weakly organised or individualistic set of people who don’t define themselves primarily through the work they do but through the cultural life they lead.”

He says this is a generation of networked individuals.

“I think the dynamics of all struggles for social justice are going to be shaped by our ability to act individually and form swarms of people temporarily and achieve things, then break up that alliance and move on.

“The cybersphere is quite good at incubating protest.”

Capitalism has been supple and resilient but it can’t adapt its way out of the IT revolutions he says.

Capitalism has been an adaptive system, this is what has flummoxed the left for hundreds of years, they kept predicting it couldn’t adapt but it always adapted and it adapted by using technology to do two things: it cheapens some things, but then new things are invented that are more expensive so you need skilled workers who get higher wages to make those things. Every industrial revolution - and we’ve had three of them - follows that pattern.

“My argument is that IT disrupts that - it’s going to prevent capitalism adapting in the same way because you just can’t keep inventing expensive things.”

Technology is making what was once astronomically expensive incredibly cheap, he says.

“If you think about how much it costs to sequence a string of DNA, it used to cost $100 million now it costs $1000. Fifteen years is all it’s taken to collapse the price of genome sequencing.”