Super Typhoons and record temperatures hog the global warming headlines, but weather changes are also threatening the ability of farmers to grow food.

Specialists from plant breeders, to human rights advocates to climate scientists all told Radio New Zealand's Insight the ability to have secure and reliable food production will deteriorate as the planet heats up. 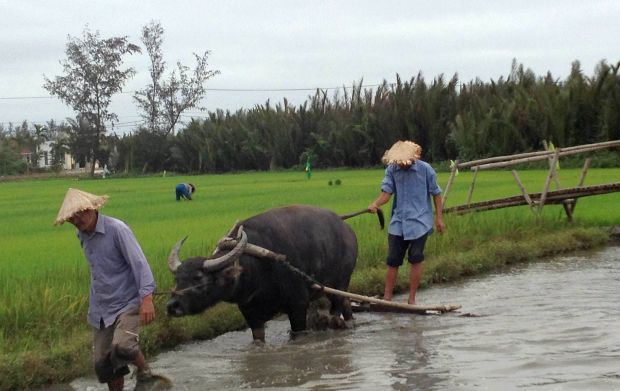 Rice crops, such as this paddy in Hoi An Vietnam, are under pressure from changing weather. Photo: RNZ / Benedict Collins

The challenges to the farmer appear to be ever increasing, be they longer and more extreme droughts, changing rainfall patterns or an increased exposure to seawater damage.

In turn, crops that have been relied on for thousands of years, such as rice, are under pressure.

In many parts of the Pacific traditional crops are already failing due to droughts and rising sea levels. 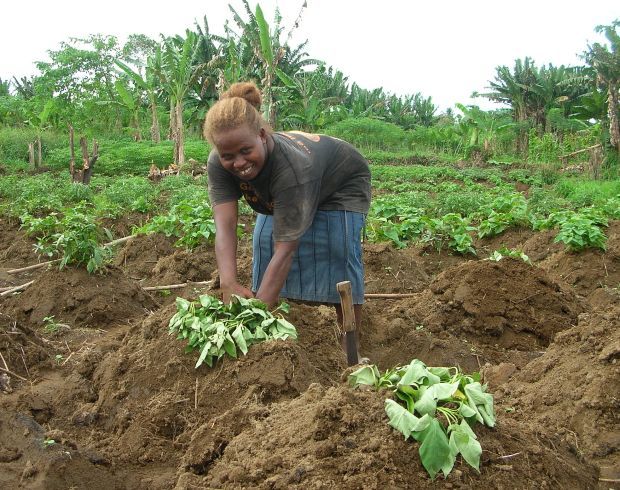 Traditional Pacific crops, such as these in Solomon Islands, are failing in the face of extreme weather and rising water levels. Photo: RNZ / Annell Husband

The human rights organisation, Oxfam, works in the region and its climate change spokesperson Jason Garman said it's the poorest and most vulnerable communities in the Pacific that "are the first and worst affected".

He says the impact on food in the Pacific region is plain for all to see.

"You look at a place like Kiribati, it's littered with dead coconut palm trees there's nothing left on the top so those coconut palms are getting polluted with salt water but you also have drought situations where it's so dry that the coconut trees can't survive."

In the Marshall Islands, saltwater pollution and severe droughts have led to deteriorating food security and a population increasingly reliant on food aid.

Mr Garman says it's the countries who have put the least greenhouse gasses into the atmosphere that are paying the highest price in terms of food insecurity. 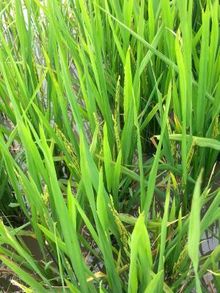 But its not just the Pacific where agriculture is being affected, the latest Intergovernmental Panel on Climate Change's report sounded a warning for key crops like wheat and maize.

A contributing author Dr Andy Reisinger says yields are dropping below what they could have been were it not for climate change.

He says gains in wheat and maize yields are now slowing, while the population soars with 200,000 more people on Earth everyday and those in developing countries are the worst affected.

The warmer the planet gets the more food supply will be disrupted.

And it's food grown in tropical parts of the world such as the Pacific Islands, parts of Africa and South East Asia - particularly by small scale farmers with few resources  - that experts believe could be hardest hit.

To counter these predicted outcomes, considerable scientific research is being undertaken to try to ensure plants  can cope with any change in climate.

Organisations who oversee food production, like the World Vegetable Centre in Taiwan are doing what they can to try to develop new varieties that can cope with more extreme temperatures. 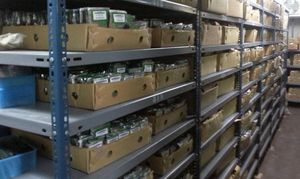 The word's largest public collection of vegetable seeds are in a cold store held at the World Vegetable Centre in Taiwan. Photo: RNZ / Benedict Collins

Spokesperson Maureen Mecoozi says the centre's breeding programme is utilising the biggest public vegetable seed collection in the world to develop on new lines of vegetables and trees that can better cope with heat and drought.

"We're doing a lot of work on heat tolerance in the crops that we work on...
trying to develop lines that have good heat tolerance tolerance for drought and other environmental stress because we know farmers are going to be facing those issues and we want to be able to help them."

Ms Mecozzi says the World Vegetable Centre is also doing what it can to educate farmers and growers in developing countries how to maximise what they do grow without it going to waste, especially as they are stored or packed and taken to market. 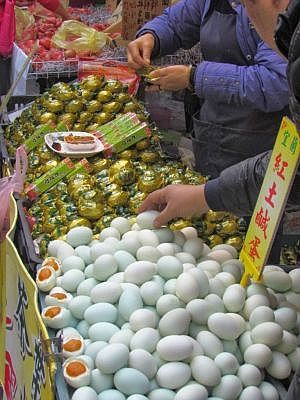 Farmers struggle not to waste food as they get their goods to a market stall like this one selling salted duck eggs in Taiwan. Photo: RNZ / Benedict Collins

She says if the world wasn't wasting close to a third of the food it grows, it would go a long way to meeting the future demand.

The International Rice Research Institute is also carrying out breeding work on the vital crop which provides 20 percent of the world's dietary energy supply.

A representative from its office in Hanoi, Leo Sebastian, says one new strain is submarine rice, intended for growers in the Mekong Delta where sea levels are rising. The rice is able to survive for a fortnight under water.

It's also breeding greater salt and drought tolerance into crops.

But there is little plant breeders, farmers or anyone can do in the face of the more extreme weather that comes with a warmer climate.

Rajendra Aryal the United Nations Food and Agriculture representative in the Phillippines, explains that in November 2013 Super Typhoon Haiyan obliterated food production in that country.

"The impact of Typhoon Haiyan on the livelihood of small farmers and fisherfolk was devastating... nearly 130,000 families were affected, 600,000 hectares of land were devastated, 33 million coconut trees were affected, out of that 15 million trees were just on the ground."

When it comes to food production, he says that means the world is digging itself a deeper and deeper hole.