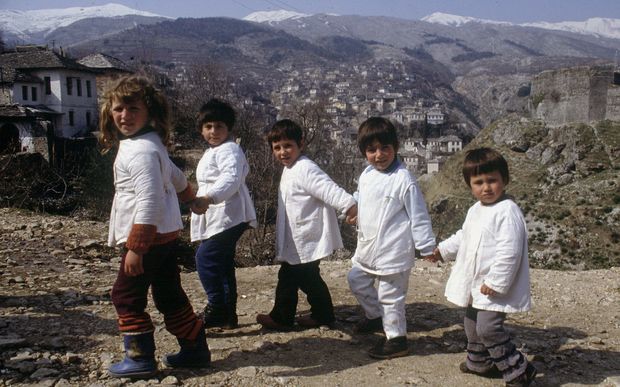 In Albania, archives are being unlocked and new monuments put up in an effort to redefine who Albanians are now after a  painful past marked by prison labour camps, concrete bunkers and secret police headquarters.

The country's citizens are trying to come to terms with history and move on from Enver Hoxha's dictatorial regime, the pyramid schemes and the political and economic collapse that followed.

But the BBC's Maria Margaronis investigates if the efforts by the nation's new leaders represent real change, or are they just an attempt to plaster over the cracks and reinforce Albania's plan to enter the EU?