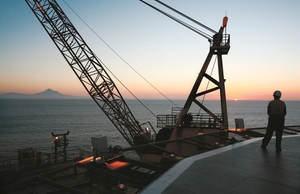 Some of the world’s biggest petroleum companies are eyeing up the potential of New Zealand’s frontier offshore basins, in a global hunt for oil and gas. But given the Deepwater Horizon disaster in the Gulf of Mexico, what assurances can these companies give that a similar catastrophe won’t happen in this country. Is the New Zealand government being cavalier in its approach and what regulatory framework is in place to safeguard New Zealand’s pristine shores?

As exploration in regions like Otago and Southland moves ahead, what do the locals think about it? Steve Wilde takes a closer look at these new petroleum frontiers and asks whether the hunt is really worth it.