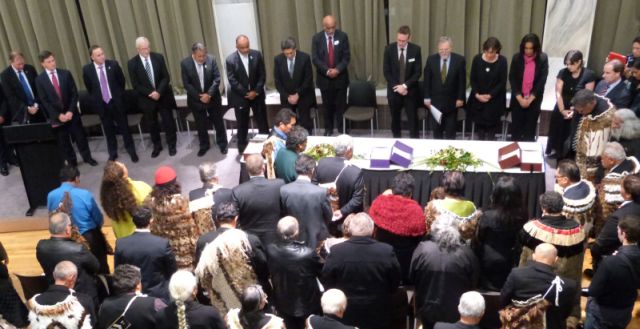 Treaty settlements with tribes have hit the halfway mark.

The National-led Government has pushed through more than 30 packages in 4 years. Labour's record was 15 over 9 years.

The success stories are well known: Ngai Tahu's tourism, fishing and property ventures, for example. But the Crown's policy of only dealing with large groups of claimants is creating new grievances, as some hapu and marae refuse to be lumped in with other iwi.