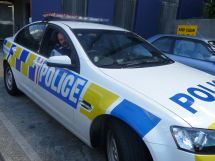 There were a record number of deaths resulting from police pursuits last year.

The police needed more than a month to provide the latest figures, but say the number of fatalities went from 1in 2009 to 16 in 2010.

The Police Minister says the blame lies with drivers that try to escape.

Radio New Zealand's Police reporter,Cherie McQuilkin explores the debate about whether the current system is working, or whether pursuits should be banned altogether.