A holiday morning of information and entertainment

In late August 2009, an arsonist started a fire that burned more than 160,000 acres in the mountains around Los Angeles County. Known as the Station Fire, it was one of the largest fires in the community's history. Flames reached up 300 to 400 feet, and it took more than six weeks to fully contain the blaze.

In First Fleet, producer Eve Troeh follows families who evacuate and still return, and the fight they have with public officials who want to shut the neighborhood down.

Here and Now is the story of two individuals who must face the traumatic repercussions of 'living in the moment. Both Howard Sly and Cheyne Berry were in their late twenties when they had very different experiences that changed their life's path forever.

Howard Sly was one of those young people who left New Zealand wanting something more. What he would experience was far beyond anything he could ever imagine. Cheyne Berry's love of sports and the outdoors keeps him in New Zealand, but it's a swim on a summer's day that brings his life crashing to a halt. Producer Sonia Yee explores the journeys of two New Zealanders whose carefree Kiwi attitudes lead to life-changing experiences. 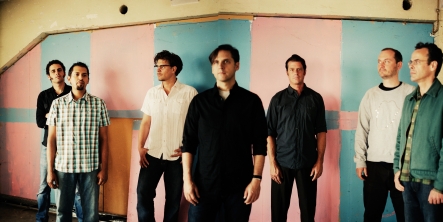 A radio adaptation of the successful stage drama by Dave Armstrong, based on the personal accounts of New Zealanders during World War I. Stories of Māori and Pakeha soldiers, nurses and civilians are interwoven with treasured New Zealand war songs and hymns.

An insight into the forces and issues driving the world of business and work, with Peter Day (BBC)

The Easter craft exhibition is on again - but will the former rugby rep be brave enough to exhibit his lacework under his own name? (RNZ)

Entertainment and information, including:

11:06 Brian Wilson and the California Sound