A couple of months ago, we visited James, a five-year-old who has an unusual obsession with a vacuum cleaner called Henry. 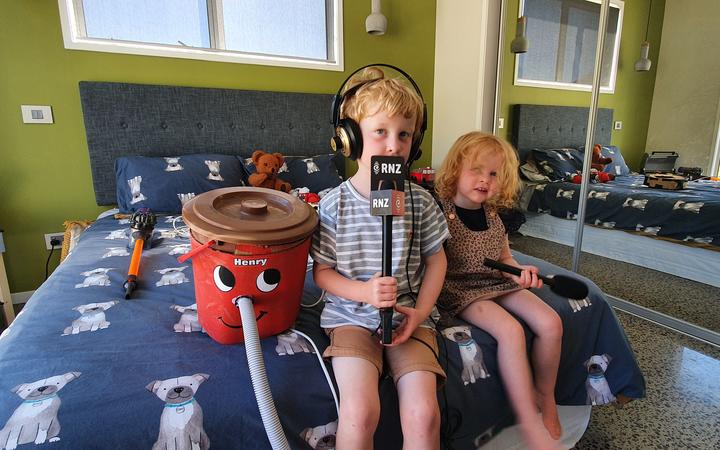 If you're unfamiliar, Henry is a bright red vacuum cleaner with a smiling face and his name written on the front - he is a staple of British schools and hotels.

James loves him so much that he had even made his own one out of a bucket. So just imagine how he would react to the real thing.

When First Up visited James back in January, his mum Holly had just posted on a Facebook forum asking if anyone had a Henry they wouldn't mind parting with.

After the story aired, we were contacted by the UK company that makes Henry hoovers, asking if they could send over some presents for James with the help of Proquip in New Zealand.

A few lockdowns later, First Up was able to visit with a very exciting delivery,

A box had arrived with a working toy Henry Hoover for James, a full-sized Henry for his mum and dad, and lots of other goodies including a teddy that went straight on the bed.

Holly doesn't know why her son loves vacuum cleaners so much, but it has always been the case. So having his very own Henry Hoover is a dream come true.