A group of New Lynn residents are fighting against Auckland Council's potential plans to rezone and sell a reserve in their street to raise revenue. 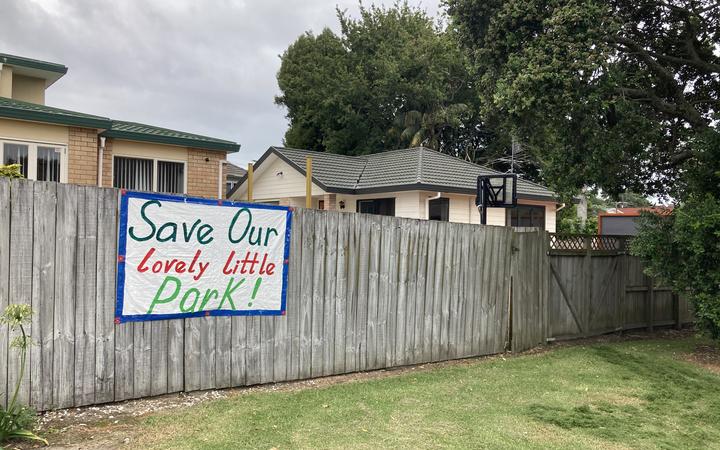 Plan change 60 names a number of spaces across Auckland owned by the council that could have their reserve status revoked, be rezoned and sold off.

Number 13 Davern Lane is a 300 metre square reserve at the end of a cul-de-sac, a patch of lush grass with trees surrounded by houses, the land has a bench in the middle where residents meet to socialise, children play and many residents have taken their annual Christmas card photos.

But at the moment all is not calm in the cul-de-sac.

The reserve is named as one of a number of spaces across the supercity that could be at risk of being be rezoned and sold off to raise funds. The residents say although small, the little patch of land has huge significance.

"We've been living here for about 12 years and we've still got two younger children, on a good day you will see them on their bikes or with a ball in the reserve, for me to lose that, it will be really devastating," Lisa Katchapilly said.

"It was one of the biggest attractions when we bought a house here. I'm also concerned about the traffic that mixed housing will bring in.

"This is a small street with just 12 houses and looking at the development in the surrounding areas I'm really concerned that we may end up having three or more houses in that small lot which will bring in six or more cars and in a small street with not much parking and the streets are not wide," she said.

"I'm concerned about the safety of the children and their ability to freely go out and play." 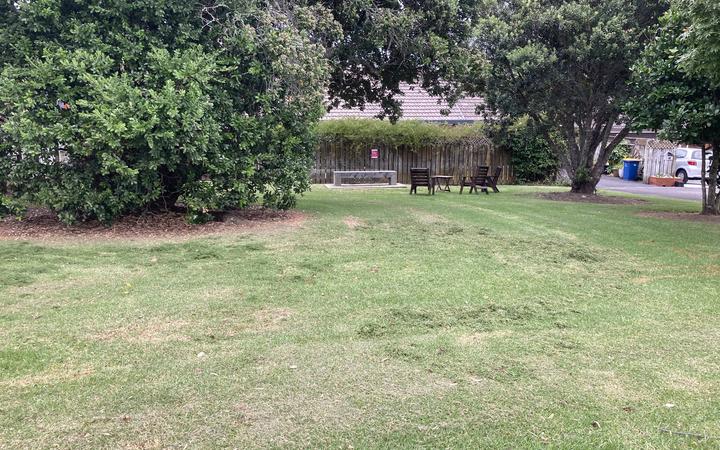 Fifteen residents have formed an integrated society, each putting in their own money to hire a lawyer to file a submission on the plans, protest a rezoning and ask the council to keep the land as it is.

Lisa is the secretary of 'Davern Residents incorporated'.

"We are really concerned about it being sold to a developer," she said.

"We don't want that reserve to go, we're getting help from a planner ... and a lawyer who is guiding us and the community has got together to put in the submissions.

Whau local board chair Kay Thomas said Davern Reserve was one of three slices of land in her ward designated for 'asset recycling'.

It was named in Auckland Council's emergency budget as a means to try and reduce debt that arose because of Covid.

"What council is trying to do is revoke the reserve status so that the 300sq metres can be put up for sale and that is to help reduce the council deficit," she said.

The local board first became involved when residents approached them and after a meeting last Wednesday the local board unanimously passed a notice objecting to the proposed revocation of the land's reserve status and sale of the property.

Kay said an arborist had confirmed there were two Pohutukawa trees and a Tītoki in the reserve that Pānuku have mis-classified as 'bushes' and the board was worried they'll be cut down.

"New Lynn and Avondale and other areas within the Whau are going through increased intensification which means we're losing more and more trees and sections are getting smaller and smaller. I don't know in future where children will play, I don't know where the birds will go."

Barrister Dr Grant Hewison is acting for the Davern residents.

"In the background what this proposed plan change is about really is preparing these small bits of land for disposal so the Auckland Council can essentially derive income from that or revenue from that and offset the difficulties it's having in terms of its balance sheet," he said.

"It's not really about whether the outcomes that are being sought by the council through plan change 60 are actually good resource management or urban planning outcomes, in the view of the residents this is really about Auckland Council finding a way to dispose of this land."

In order to sell the land the council would need to change the zoning and revoke its reserve status. Hewison said that would be a long and drawn out process which he doubted was worth it at the expense of losing a "pocket park".

"The objective that this is about selling this land essentially to provide revenue I think is in some ways misguided by the council. I think there are other opportunities and other assets the council could be looking to provide the revenue that it needs or it thinks it needs in terms of the deficit that it's currently facing," Hewison said.

"There are opportunities to borrow more, to look to other assets they could sell or make greater savings or efficiencies within the council itself."

Resident Lisa Katchapilly said she knew Auckland had a housing problem but this was not the solution.

"I'm not against high density housing, I understand we have a problem here in Auckland with not having enough houses here but I do have a concern in areas like this one which is not going to add too much value to the council or anyone but is taking away something that is used by a small neighbourhood."

Further submissions to plan change 60 close on 12 April and submissions on the revocation of the reserve status close on the 31 March.

Asked for a statement, Panuku General Manager Assets and Delivery Marian Webb said the reserve was one of a number of sites in the region that was approved for sale in principle as part of the council's emergency budget.

"This in principle decision was expressly subject to the completion of the relevant statutory processes.

"As part of Auckland Council's asset recycling programme, Panuku is supporting the council through its statutory processes to ready properties for sale. Panuku has no decision-making ability as part of the reserve revocation process," she said.

"Auckland Council and Panuku encourage submissions on the proposal from all members of the public during the consultation period."

More details on the proposal and copies of the public notices can be found on the Auckland Council website.

Concurrently, as a separate process, this site is also open to submissions through Auckland Council's Plan Change 60 which proposes to rezone this site from Open Space - Informal Recreation to Mixed Housing Urban to provide consistency with the surrounding sites.