There are fears the Cook Islands could lose 40 percent of its workforce by the end of the year as locals flee to New Zealand in a bid to find work. 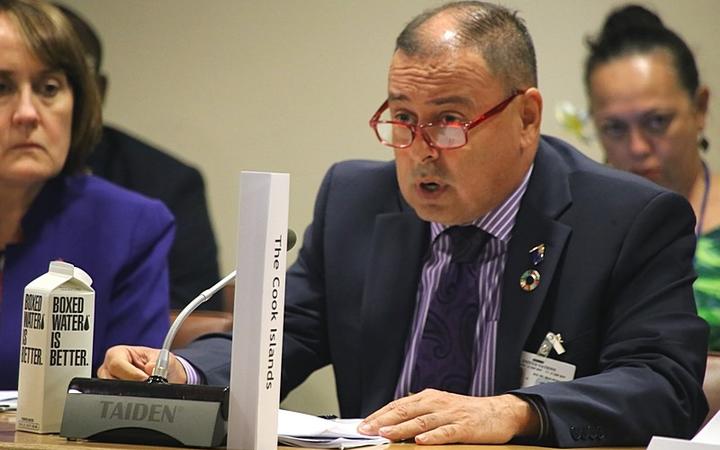 A one-way travel bubble between Rarotonga and New Zealand has been in place since the end of January, but the lack of a two-way bubble means no tourists and fewer jobs.

At least 300 Cook Islanders have arrived to New Zealand to look for work since the travel arrangement came into effect.

It comes as Cook Islands Prime Minister Mark Brown is due to meet with Prime Minister Jacinda Ardern today - the first overseas leader to visit since New Zealand's borders closed a year ago.

Ashley Stele is 21 weeks pregnant and has come from the Cook Islands to New Zealand to get an ultrasound.

"Just doing some medical check-ups, have a holiday stay with the grandparents, get off the island for a bit."

She is one of about 100 passengers arriving in Auckland from the Cook Islands yesterday morning. She is able to travel here without the need to quarantine thanks to a one-way travel bubble launched on 21 January.

Casimir Tearii arrived from Rarotonga a month ago looking for work.

"We're actually picking up a group that's here to work here at Auckland for kiwifruit picking and one of them is my partner."

It's people like Tearii and her colleagues, that the Rarotongan Chamber of Commerce fear won't return.

"Yesterday, we saw another plane full of people leave. We are thinking that this is going to increase to about 500 a month and you know we have a population of 17,000 people, but 8000 people in the working force so it's a large percentage of people that are leaving every month.

"By the end of the year, we're probably looking at about 40 percent of our workforce left. It's something we've been warning about for a while and we're starting to see it happen now." 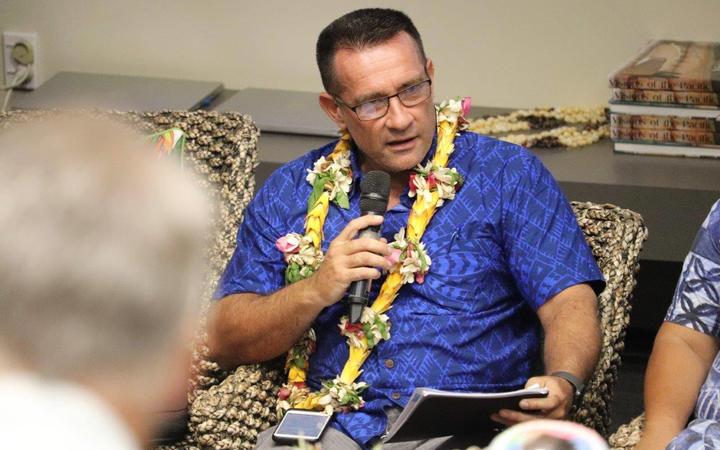 Cook Islands Chamber of Commerce chair Fletcher Melvin says businesses are hanging on by a thread in the hopes of a two-way travel bubble with New Zealand. Photo: CI Govt

Melvin said the Cook Islands was losing more than $1 million a day in revenue because the two-way bubble, which the government was expecting to be running by now, had not happened and there were not any tourists.

"It is our primary industry, it's equivalent to New Zealand losing its whole dairy industry."

He said people had been pinning their hopes on a two-way bubble opening at the end of March.

"We've gone through a year with many stop and starts. With promises that we would open this quarter and as far as we were concerned it was going to happen, there were all the indications that were pointing to this quarter.

"Businesses have hung on, on those words, on those promises really so I don't think that people can really push past April."

In a Cook Islands News column this week, Prime Minister Mark Brown wrote that the tiny country was spending about $7m a month in wage subsidies and grants for struggling businesses.

He touched down in New Zealand yesterday and is scheduled to meet Ardern today to discuss the rollout of vaccinations there and discuss a timeline for a two-way quarantine-free travel.

But Fletcher Melvin said businesses there could not wait much longer.

"If we were to continue past April without a travel bubble, there will be a lot of businesses hitting the wall by then.

"Our worst-case scenario is it playing out in terms of losing people, losing companies. So, anything further past April we're going to see a lot of economic hardship."

However, it's not just work prospects bringing Cook Islanders to New Zealand. Residents are now travelling to New Zealand for medical treatments they can't access at home.

Susan Campbell is the grandmother to a five-year-old who is visiting New Zealand to see a specialist medical practitioner.

"Because the border is closed - they normally send specialists over - so we thought we'd just bring her over and bring her to a specialist over here, because she's only five."

Another passenger also combined a visit to friends and family with a medical appointment.

The New Zealand government will announce a date for the trans-Tasman travel bubble on 6 April, but whether that will also include the Cook Islands is not yet known.